Robocop Statue Going Up In Detroit 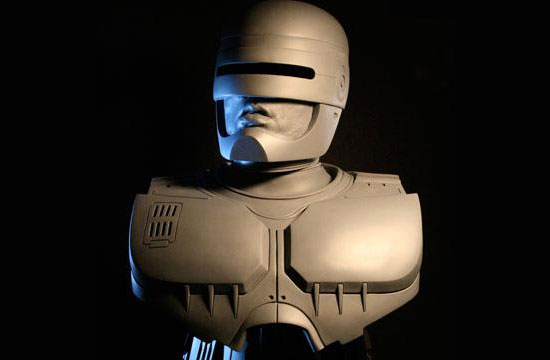 When someone suggested to the mayor of Detroit that the city build a statue of Robocop, the idea was rightfully declined.  Apparently, enough folks thought that the film character actually deserved his own three-dimensional likeness, leading to a grassroots effort that managed to come up with a way to make the Robocop statue happen.

First, Imagination Station (a local Detroit non-profit, not the science museum) donated a place to host the sculpted movie character.  Then, a Kickstarter campaign was begun to raise the $50,000 needed to get the project going.  Surprisingly enough, they reached the target amount after just a week, due in part to a sizeable donation from Stay Puft Caffeinated Marshmallow creator, Omni Products, as well as pledges from close to 2,000 people.

The Robocop Statue will be made from solid metal, a fitting material for the part-man, part-robot crimefighter.   To get an accurate likeness, they will be using the original stone molds from Fred Barton Productions, MGM’s official licensee for the character, who are building their own 1:1 statue (the bust in the photo above is one of their creations).

Steel iron will reportedly be the material of choice, although they might use bronze if the amount of money raised permits it (pledges are still being accepted).  Artist Casey V. Westbrook will be in charge of building the actual installation.

You can check out the Kickstarter page below, which details the very short history of the Robocop Statue and its current developments.  Like all projects on the startup funding website, people who pledge will get some sort of token depending on the level of sponsorship you decide to make.