Robolamps Let You Put A Robot In Your Nightstand 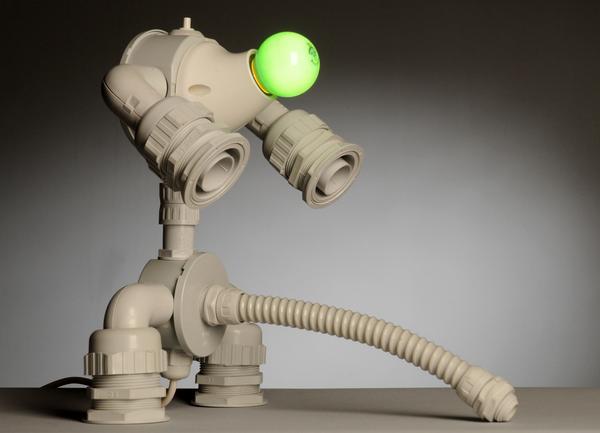 Many modern robots can do amazing things.  The Robolamps, on the other hand, can only offer low-lighting in your bedroom.  But they look pretty amazing.

Using plumbing pipes and electrical fittings made from hard plastic, artist Robert Matysiak turned up this huge collection of badass-looking nightstand fixtures.  Designed and assembled over the last two years, he’s now ready to show them off the world.  And, man, I want this everywhere in my house. 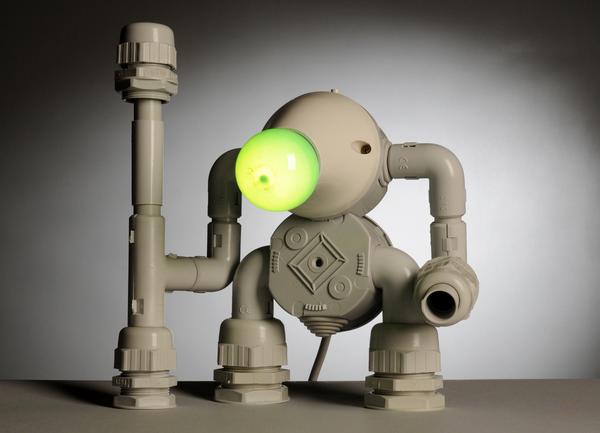 They don’t look all that complicated either.  Using what looks like standard fare – such as plastic pipes, elbow joints and electrical boxes – from the local hardware store, the Croatian artist simply assembled the various parts into individual Robolamps, turning up a visually-delightful army of robot characters that look like they came straight out of a movie. 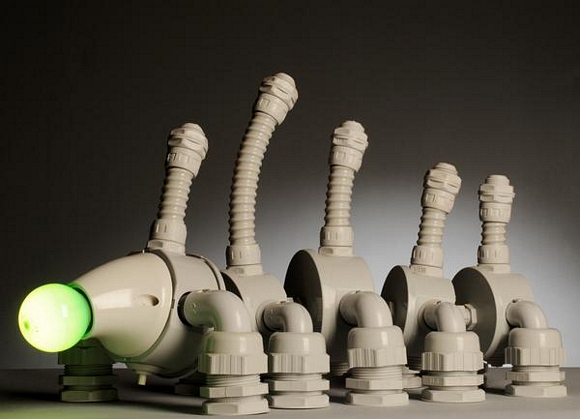 Each of the bulb-headed robots are configured differently, varying both in looks and sizes.  They range from 6 to 8 inches tall and come with articulated joints, so you can arrange them in different positions.  He uses replaceable colored bulbs as the head for effect.  According to the artist, there’s a switch in there somewhere (different parts for different robots), with a plug attached to about two meters of cable.

Like what you see?  Head on over to Robert’s Facebook listing (link below) to see his Robolamp collection.  He will be taking orders beginning December, with each object priced between 40 to 110 Euros.