RoboRoach Lets You Mind Control Cockroaches For Your Own Creepy Army

Think it’s hard to create a Frankenstein monster?  Psssh.  Someone just proved your theory wrong with the Roboroach, a mind control apparatus of sorts that puts dirty cockroaches under your command.  No, really.

Created by the folks from Backyard Brains, the contraption involves a large cockroach fitted with parts from a Hexbug Inchworm remote control robot. The control circuitry, modified using low-power 555 timer chips, is grafted directly to the bug’s nervous system, allowing it to send 55Hz stimulation to the roach’s antenna nerves that then sends its legs moving in the direction you want.  Yikes. 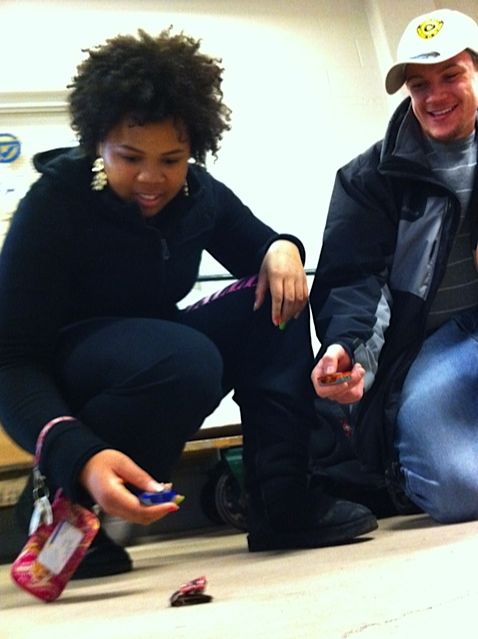 The RoboRoach wears the contraption as a backpack of sorts and isn’t harmed physically (at least, we don’t think so).   But if you’ve ever wondered about the possibilities of mind control, this is a seriously freaky demonstration if I ever saw one.

Unlike Frankenstein, the Roboroach doesn’t require the cockroach to be opened up in a lab.  Instead, it merely wears the circuitry as a backpack of sorts (it can actually live a long and fruitful life later — until you spray insecticide on it).  The electronics will then stimulate the bug’s antenna nerves, tricking it into turning as you command.  Obviously, it’s a little creepy just how easily they appear to be doing this, making me fear for a future of headgear-wearing remote controlled humans with robot overlords.

Oh yeah, just in case you’re interested in creating your own discoid cockroach army, Backyard Brains is preparing to sell a kit to let you do just that.  They’re still doing a few experiments to fine tune the RoboRoach, but the video below looks awesome enough for the purpose.