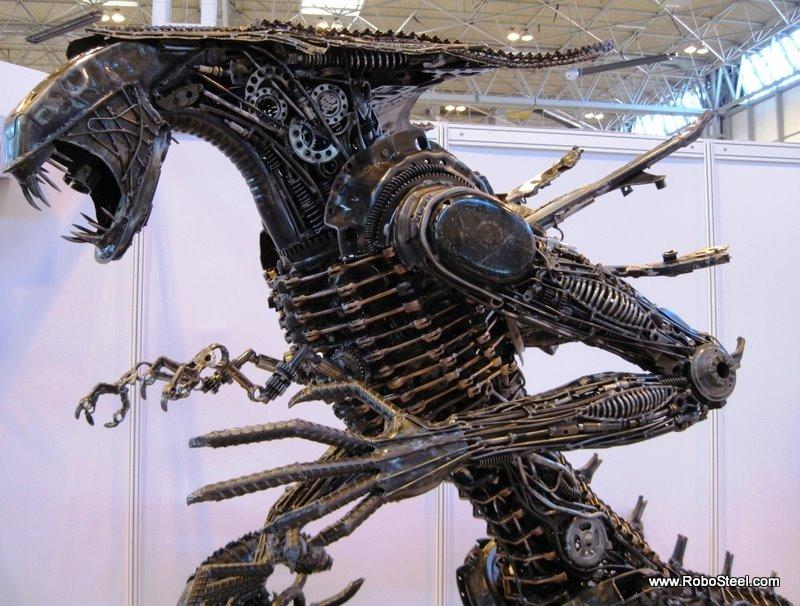 Got a friend who believes in monsters and aliens?  Scare the living crap out of them with Robosteel’s Alien Queen, a towering 8-foot replica of the scary Xenomorph that commands the rest of those giant alien drones.

Taller than Yao Ming and scarier than a rabid pitbull, the all-metal sculpture is as horrific as the Mother Alien it was based from.  You know, that same beastly creature with a large crest on her head that relentlessly pursued poor Ellen Ripley in an all-consuming, murderous rage.  Lovely. 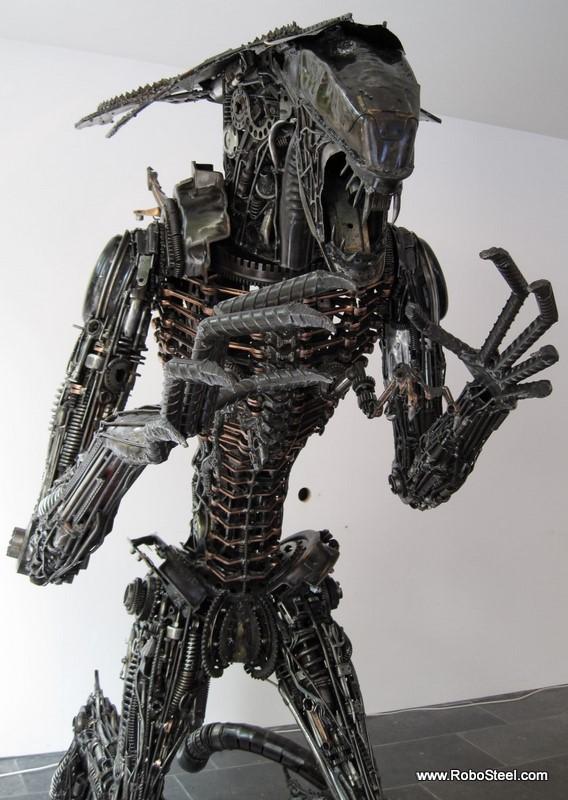 The Alien Queen is made from junk steel parts taken from old cars, boats, motorcycles and various home appliances.  Each of the 4,000+ components was craftily welded to turn out an all-metal version of the nurturing monster that should break your bathroom scale with its hefty 1,213-pound frame.

Despite looking like your worst nightmare and then some, it’s just an inanimate sculpture, so you don’t have to worry about waking up one morning with this thing’s limbs wrapped around your neck.  Yes, it can’t produce offspring Xenomorph Drones either, so you’re safe.  Even better, you can pet it if you want to, since Robosteel took out all sharp edges to avoid any nasty accidents.  All parts have been polished to a shine, then coated with several layers of strong lacquer to keep it as ugly-looking as it is for a really long time.

Want a nightmare-inducing, intricately-detailed sculpture for that empty corner of your hive?  Robosteel’s Alien Queen looks like something that will fit in.  It’s available now for $6,128.