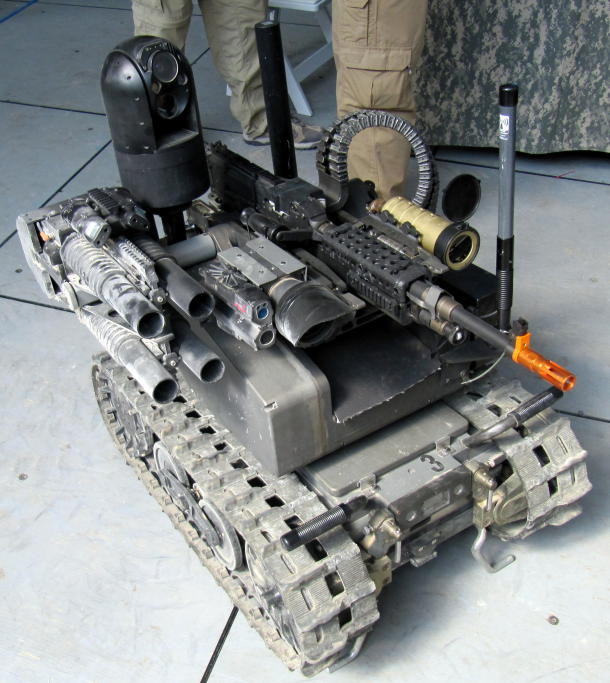 Want to see the latest in autonomous robot systems?  Well, you missed your chance.  The Robotic Rodeo was just held this past week, showcasing the latest in life-saving battlefield technology.

Don’t let the name mislead you.  There weren’t any cowboys riding motorized bulls or android robot clowns during the show, which was a bit disappointing.  There were no galloping robot horses, either – just machines that help carry out military tasks in the battlefield.

The first of its kind, the Rodeo was jointly hosted by the US Army Automotive Research, Development and Engineering Center (TARDEC) and the Fort Hood III Corps in Texas beginning last Wednesday.  Lines of war machines showed up for the occasion, each one toting a variety of talents and abilities, most of which were scrutinized for their potential to join the roster of the US Army’s stable of robot soldiers.

Notable robots that took the floor include R-Gator (who ferries and deploys specialized robots) and Archer (who can carry two small robots, while running on a hybrid engine).  The rest of the machines shown off by the 40 or so vendors include ones that can clear improvised explosive devices and a number of programmable autonomous vehicles.

Sadly, none of the robots even come close to filling Robocop duties.  It’s already 2009 – what’s up with that?