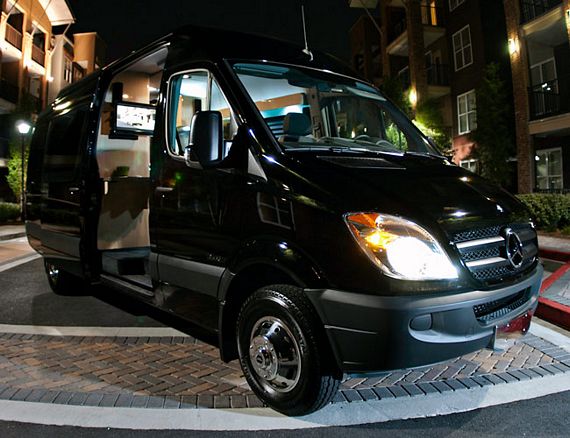 Being a working musician is harder than it sounds.  Who knew you couldn’t live off YouTube views, Tumblr reblogs and Facebook likes from friends?  Turns out you’ll either have to sell records or play shows for a living.  Fortunately, you’ve gotten enough buzz that you can actually book shows in cities across the neighboring states.  Unfortunately, you can’t afford a real tour bus.  Fortunately, you don’t have to with Rock-It Ships.

A service aimed at touring bands on a budget, the company lets you lease a vehicle that’s been rigged into a tour bus solution.  Cheaper than full-fledged buses and better-equipped than vans, it’s a compromise of sorts — perfect for up-and-coming acts working on limited funds. 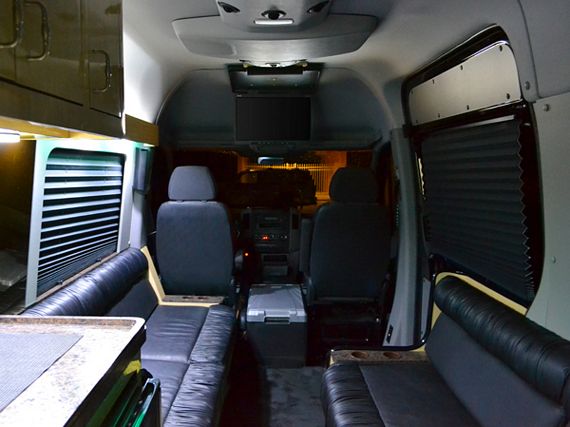 Rock-It Ships’ fleet of tour vehicles consist of Mercedes-Benz Sprinters, the German car manufacturer’s popular commercial transport solution.  Each has been equipped with five bunk beds and two sleeper couches, so it can sleep up to seven people comfortably (and maybe even 10 or more uncomfortably).  Amenities are modest: there’s a TV with in-motion satellite connection, a galley fridge, a stereo system and not much else.  Considering you’re filthy musicians  hitting the open road, though, you can probably improvise for whatever else you need along the way. 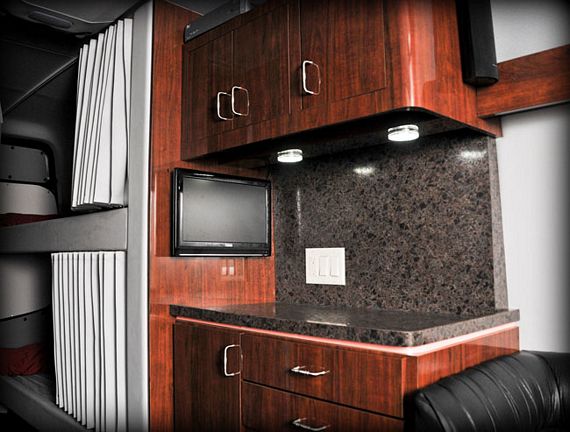 There’s enough space inside for a moderate amount of gear.  If you’re traveling with a large amount of stuff, though, they offer add-on trailers (6.5 x 12 feet) that you can hook up to the vehicle to save some room inside.

You can get a quote for a rental directly from Rock-It Ships’ website below.