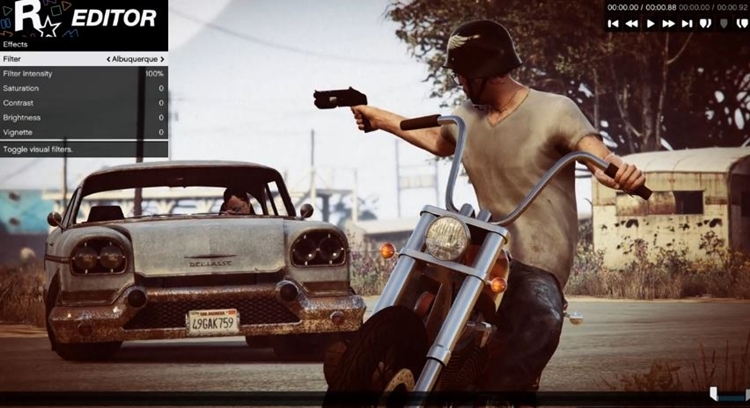 Remember when you bought GTA V for the PS3 and then bought it again when you got a PS4? Well, you just may want to buy it again when the PC version comes out. At least, that’s if you’re one of the many folks who enjoy making machinima movies, because the PC version of Rockstar’s flagship franchise is going to come with the PC-only Rockstar Editor, an integrated tool for making movies using every character, place, and random object you can find in sunny Los Santos.

No, this isn’t just one of those features that let you replay specific scenes and save them for later playback. Instead, it’s a full-fledged movie editor that lets you set up scenes, record them, edit that footage, combine them with other footage, and even distribute the finished product (you can upload to YouTube directly from the game), turning GTA V into a standalone animated movie-maker, on top of being one of the best games to ever see the light of day. 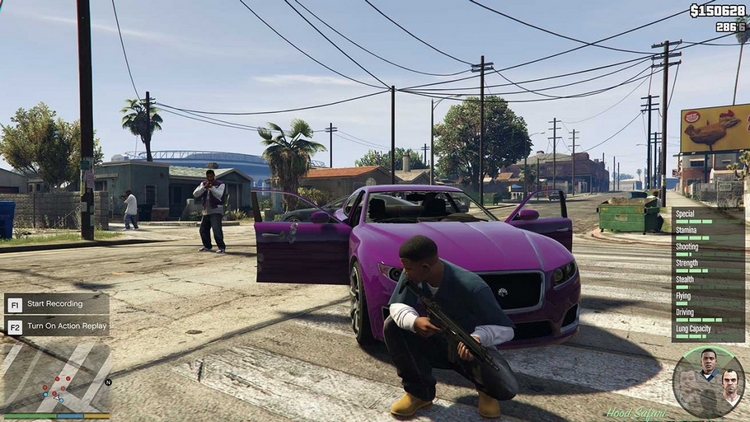 The Rockstar Editor comes with a full-fledged Director Mode that allows you to control any unlocked characters and animals, maneuvering their actions in any location available in the game. Lots of things can be controlled, from time of day to weather conditions to pedestrian density to special abilities via in-game cheats, with multiple camera options, ensuring you can create most any kind of scene you have in mind. You can alter both video and audio settings in a variety of ways, with numerous filters and special effects that you can apply, as well as the ability to add a custom score. 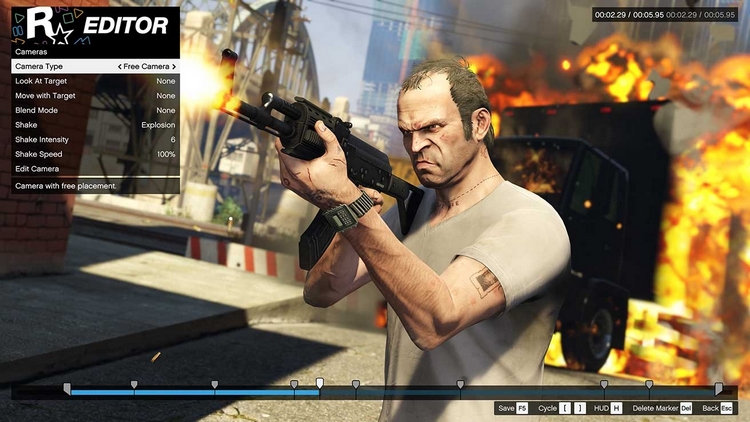 Seriously, if you’ve ever wanted to create machinima films but had no idea where to start, the Rockstar Editor sounds like a great place to get your feet wet. GTA V for PC is available now.