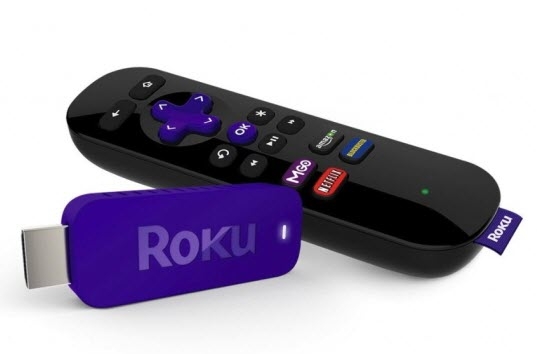 Chromecast’s small size and low price are just two of the things that have allowed it to eat a slice out of Roku’s set-top box business.  And while the company has had a thumb-sized version of their set-top box for a while now (which they now call Roku Ready), requiring an MHL port just made it inaccessible to a whole lot of TV owners.   The new Roku Streaming Stick takes Google’s cue, plugging in to an HDMI and a powered USB port to bring the company’s ecosystem of 1,200 apps to your HDTV.

Running the same software and hardware features (WiFi, 1080p video output) as the Roku 3, you use it, pretty much, the exact same way, navigating a grid of apps using a bundled RF remote.  The remote doesn’t come with a headphone port for listening in private, though, which is the biggest difference with the regular set-top box. 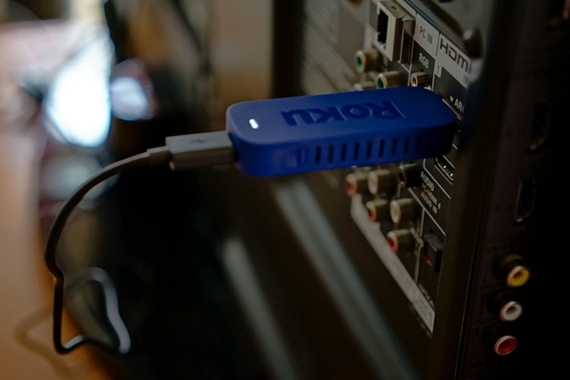 The Roku Streaming Stick supports, pretty much, everything the rest of the line does, including Play on Roku, which lets you stream music and photos on mobile devices (Android and iOS) to an HDTV.  A Chromecast-like feature called Send to TV is also onboard, letting you send content from mobile apps to the HDTV, although it only works with Netflix and YouTube in the meantime (plans to expand it are on the pipe, though).

With the Streaming Stick, Roku has, pretty much, laid down a serious competitor to Chromecast, bringing not just a similar form factor and affordable price ($49.99), but a considerably wider selection of content.  It’s available for preorder now, with shipments slated for April.