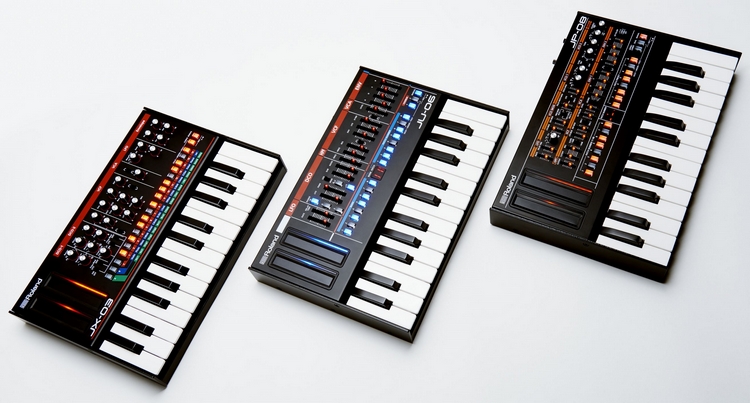 In every generation, there’s always a group of young people who enjoy the music of the good, old days. For this generation of young people, the good old days usually means something that came during the time of new wave, hair bands, and Olivia Newton John. As such, there’s plenty of interest in recreating the sound of the 80s, a feat that the Roland Boutique series of mini-synths should help any young musician accomplish.

A set of miniaturized versions of classic analog synths, it faithfully recreates some of the OG electronic instruments of the era in a highly-portable package. With a size that’s no bigger than some of the larger college textbooks, it lets you fashion authentic retro sounds sans the large, bulky cases of the analog originals. 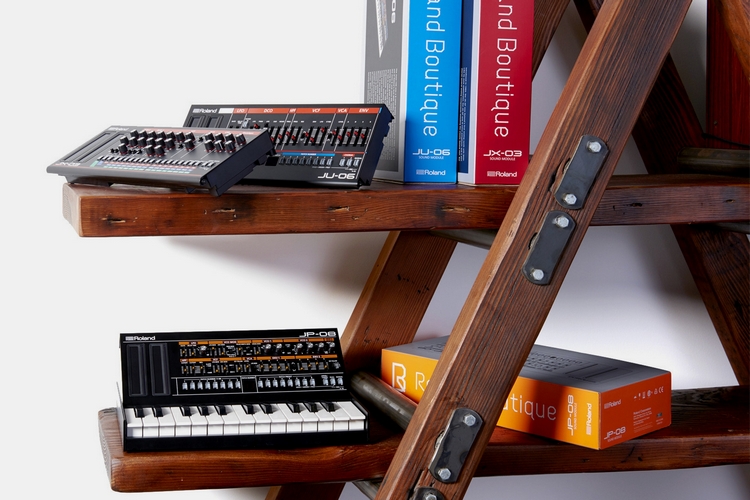 The Roland Boutique consists of three models: JP-08, JX-03, and JU-06, which recreates the Jupiter-8 from 1981, the JX-3P from 1983, and the JUNO-106 from 1984, respectively. Each one can be docked on the optional Roland K-25m mini-keyboard, as well as connected to your own MIDI controller of choice, so you’re not stuck with tiny keys when playing with the equally tiny synth. Designed for portable use, they can run on four AA batteries, although you do have the option of powering via USB if you’re back at home or in a studio. 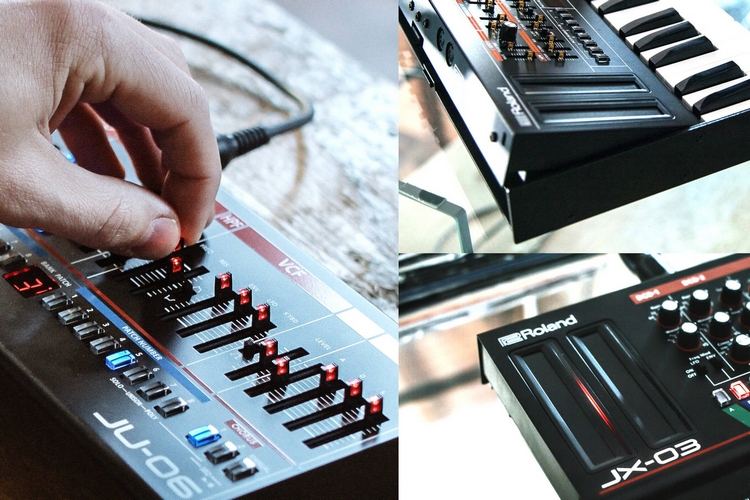 The synth engines are powered by an Analog Circuit Behavior (ACB), which is the same tech Roland uses for their popular Aira range, a fact that bodes well for the mini-synths’ likely ability to properly replicate the sounds of their 80s-era counterparts. Other features include a 16-step step sequencer, a pair of ribbon controllers, a built-in 0.5-watt speaker, and a chaining mode that allows you to hook up two mini-synths together to function as a single module.

Pricing for the Roland Boutique series starts at $299.