Use The Roland Go: Mixer Pro For Crystal Clear Musical Recordings On Your Phone 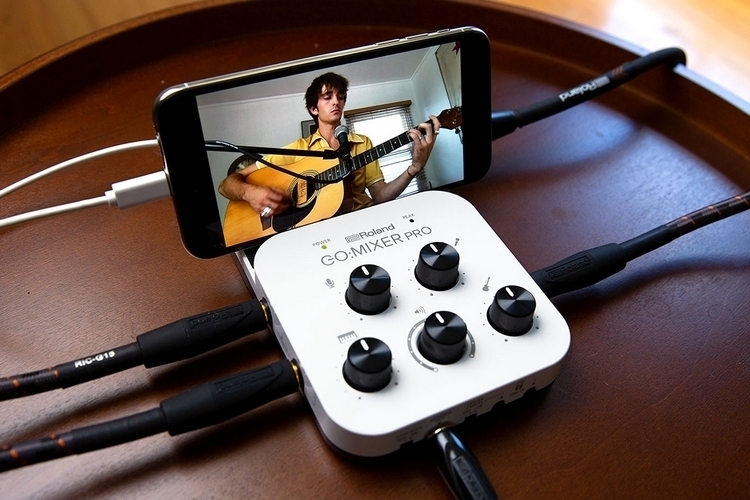 Most phone’s mics are powerful enough to pick up spoken audio in a clear and loud manner. Using it to record live music in any form that isn’t crappy, however, is a terrible idea. You’ll need something better to pick up those individual instrument sounds, all while cleaning up the ambient noise. Sure, a better microphone can help, but if you’re serious about recording music, you’re going to want something like the Roland Go: Mixer Pro.

A sound mixer for smartphones, the device allows you to plug in up to three wired instruments, such as powered mics, electric guitars, and analog synthesizers, so it can pick up sound directly to ensure the best quality during recording. Whether you’re recording music with a band for your Soundcloud page, doing a cover for your YouTube channel, or hosting a podcast, this thing should let you capture audio recordings that sound much better than what you’ll normally get from a phone. 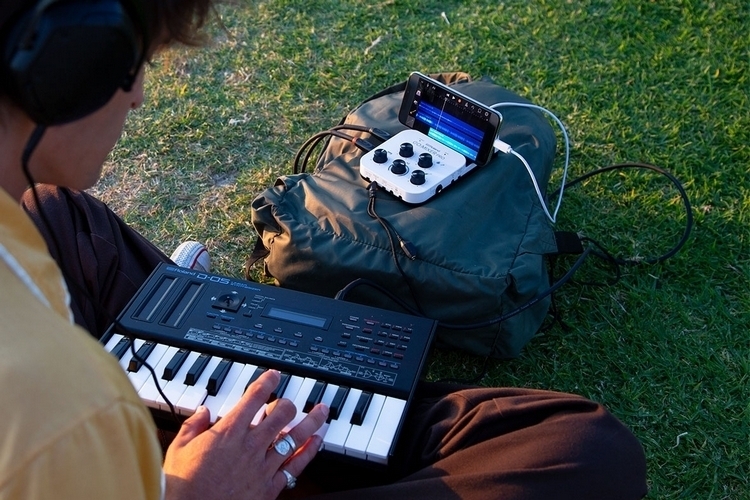 The Roland Go: Mixer Pro has connectors for up to nine audio inputs, namely a miniature mic jack, a combo-type mic jack, a guitar/bass jack, two line-in jacks, three quarter-inch instrument jacks, and a USB port. It has individual volume control knobs for the two microphones, the guitar/bass jack, and an instrument jack, so you can simultaneously capture inputs from different powered sources, making it ideal for recording song demos, band rehearsals, and impromptu jamming sessions. The mixer outputs audio in stereo sound (complete with its own dedicated knob), which you can send straight to a smartphone for capturing into your favorite app or into a portable amp during live gigs. That’s right, you can use this as a functional mixer during live shows. 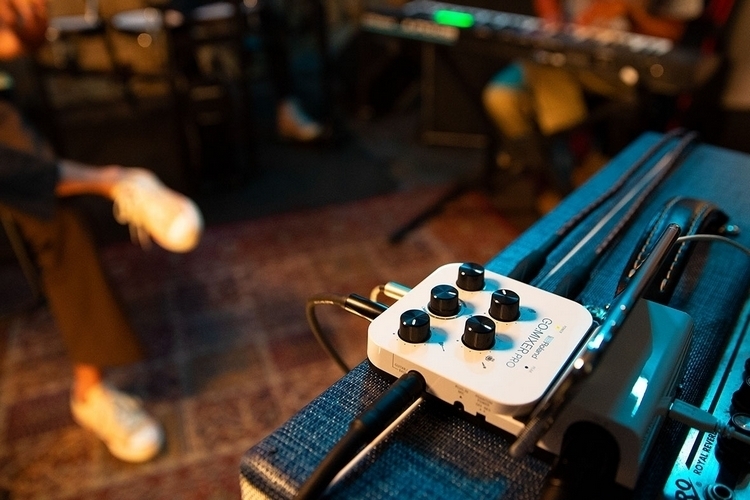 Want to sing along to a song while making sure your voice comes through loud and clear? Not a problem. Just use the center cancel switch to dial down the main vocal in any song you play back, allowing your own voice to take center stage in your own recordings. Those looking for a way to shoot fancier videos to go along with their beautifully-mixed sound can also get access to Roland’s 4XCamera and Virtual Stage Camera app, with the former allowing you to record four-way split screen videos (perfect for bands) and the latter allowing you to produce green screen video with any background on the fly. 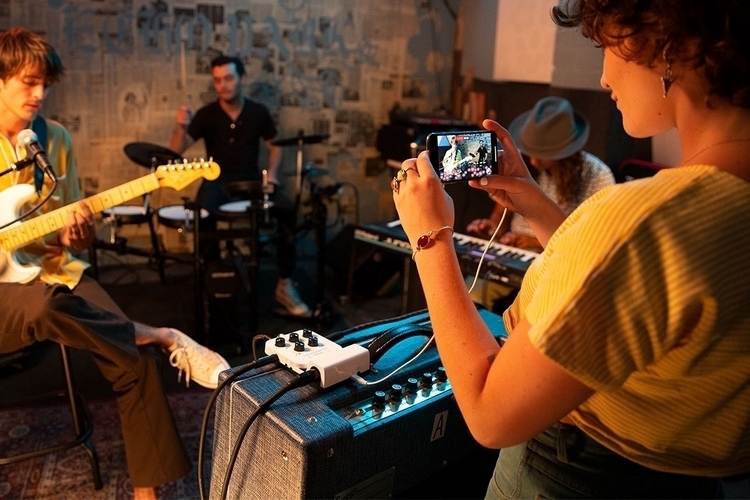 Designed as a true portable music solution, the Roland Go: Mixer Pro runs on four AAA batteries, a fresh batch of which can keep it running for just over four hours. There’s even a smartphone dock integrated right on the device, so you can set down your phone with the screen at an easily viewable angle without the need for a separate stand. It measures just 4.15 x 6.15 x 1.6 inches (width x depth x height) and weighs 8 ounces, so you can easily throw it in a bag with the rest of your gear.

No word on pricing or release date yet for the Roland Go: Mixer Pro. Considering the non-Pro version sold for $99, we’re guessing this should sell for that much more either.