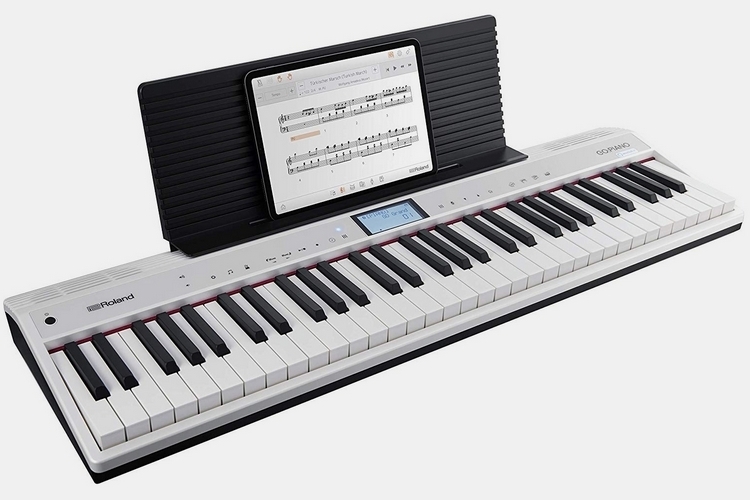 When Alexa first came around, it seemed like a fun novelty. After a few months, we were amazed at how useful people actually found it. Shortly after that, it began expanding outside of speakers and phones. And now, it’s everywhere. With the Roland Go: Piano, Amazon’s virtual assistant now makes its way to musical instruments.

That’s right, you can now get a musical keyboard with Alexa built in, so you can ask it questions, make it start the coffee maker, or even book a hotel reservation while practicing a song. No more breaking your flow to do something else. More importantly, it’s integrated with plenty of skills specific to the instrument, so you can do everything you would normally do by fiddling with buttons using just voice commands. 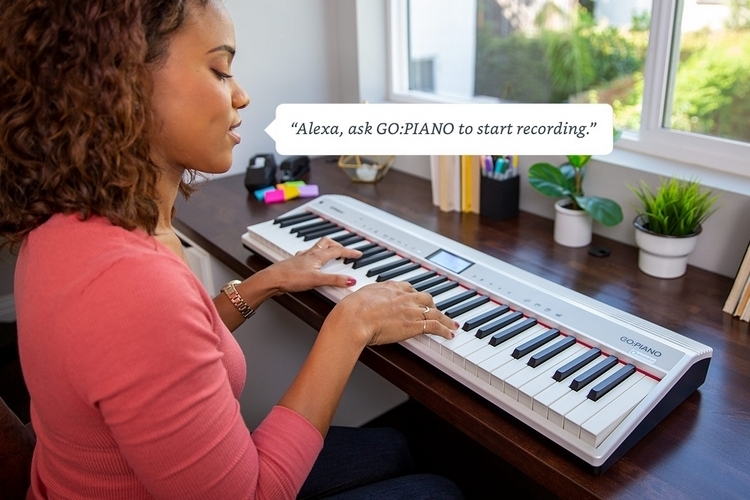 The Roland Go: Piano is a 61-note keyboard designed for portable use, so you can easily take it from your apartment to the studio to a show at the local club. It’s equipped with the outfit’s piano sound engine, ensuring it sounds just as expressive as any of the outfit’s keyboards, all while playing like any regular keyboard, so any experienced piano player can just plop down and start banging on the keys. Similar to many portable keyboards, it comes with 40 onboard sounds, including acoustic pianos, electric pianos, organs, strings, synths, and more, so you can make it sound like a variety of musical instruments. 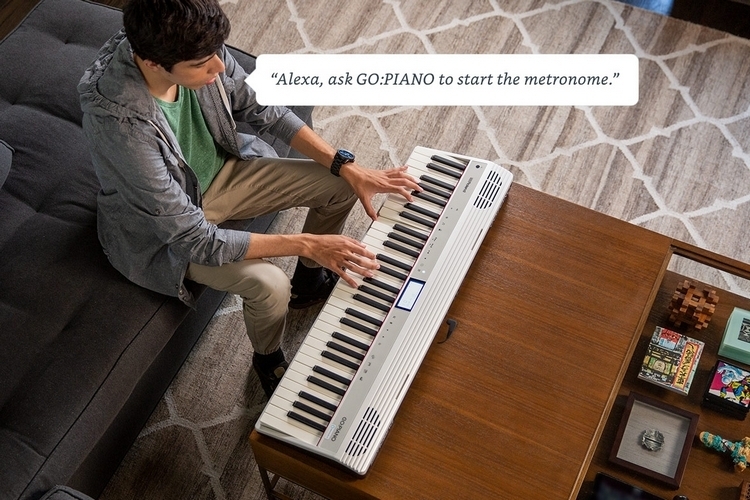 Capacitive controls right above the keys allow you to control different settings, from sound type and volume to beat type and more. With Alexa on board, though, you don’t even have to use those physical controls, as you can simply tell it what setting you want to change. Want to turn on the metronome to get your timing right? Just tell Alexa. Want a new backing beat to play to? Just say the words and Alexa will do your bidding. You can even have Alexa pull up a song on your Amazon Music playlist and play it through the keyboard’s speaker, so you can play along to it. 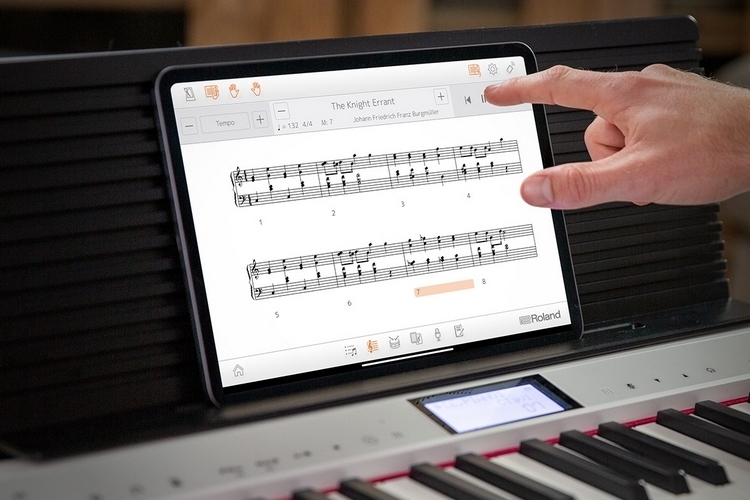 The Roland Go: Piano’s speaker actually serves as a regular Alexa device, so you can have it blasting your Spotify playlist, read your news headlines, and all sorts of other useful tasks. We don’t know the quality of the onboard speaker, though, so we’re not quite sure whether you’ll actually want to use this as an everyday Alexa machine. On top of all that, the keyboard can also record performances for uploading to cloud storage, where you can retrieve them later for playback. It’s also got a special Alexa skill for ear training, which you can use to sharpen your musical sensibilities, as well as the ability to pair with Roland’s Piano Partner 2 app (iOS and Android), the outfit’s platform for learning to play the piano. Other features include battery slots for six AA cells (for playing on the road), three months of free Skoove piano lessons, and a weight of less than nine pounds.