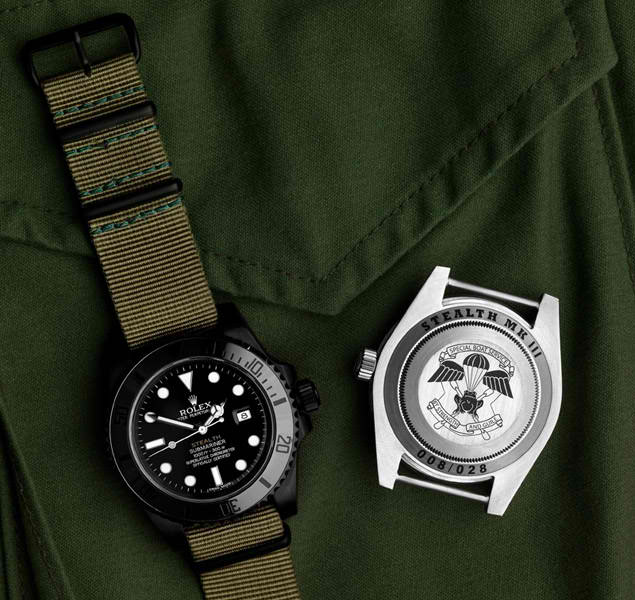 Mil-spec watches are great for roughing it up .  If only they can be as refined as that Rolex you’ve got sitting in the dresser, right?  Well, they can with the Rolex Project X Submariner Stealth series, a line of high-end timepieces that marry elegance and ruggedness in one.

Designed by Strength & Guile, the watches supposedly borrow their inspiration from SBS commandos, the British Royal Navy’s special forces unit.  No, the watches won’t descend upon hostile territory and begin shooting enemy units, but they sure look like you could be wearing them while doing just that.

Two watches are currently available on the Submariner Stealth line: the MK III and the MK IV.   Both come with blacked-out bezels, reed green G10 NATO straps secured by military fixed bars and “Stealth” inscriptions on the black dial, making for timepieces that are equal parts stylish and rugged (Rolex claims the construction can withstand the rigors of the most hostile environments).

Billed as the perfect watch for “daylight operations,” the MK III has an anti-reflective satin case finish, while the MK IV gets black carbon coating around its body.  The case backs get a variation of the SBS’ frog, paddle and parachute insignia just to further reinforce the military theme.