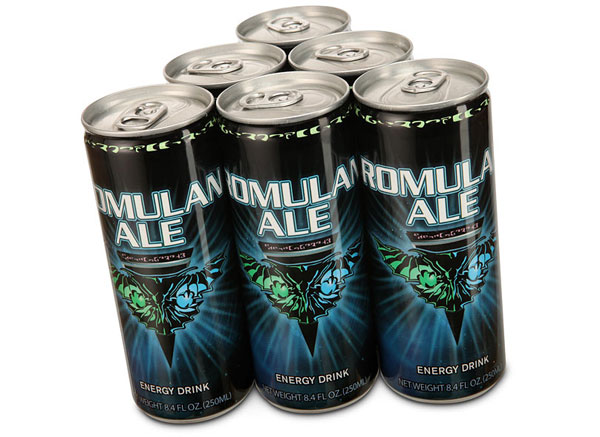 Star Trek parties need a fitting drink.  No, we don’t mean another keg of beer.  When you’ve got your Star Trek suit on, the only beverage to imbibe is Romulan Ale.

If you watch the show, you’ve probably seen the drink.  And you’ve probably dismissed the probability that you’ll ever set your lips on a glass of that strong stuff.  After all, they seem to have it far away in other parts of the universe and you don’t even have a spaceship to call your own.  Well, that ends now.  Sort of. 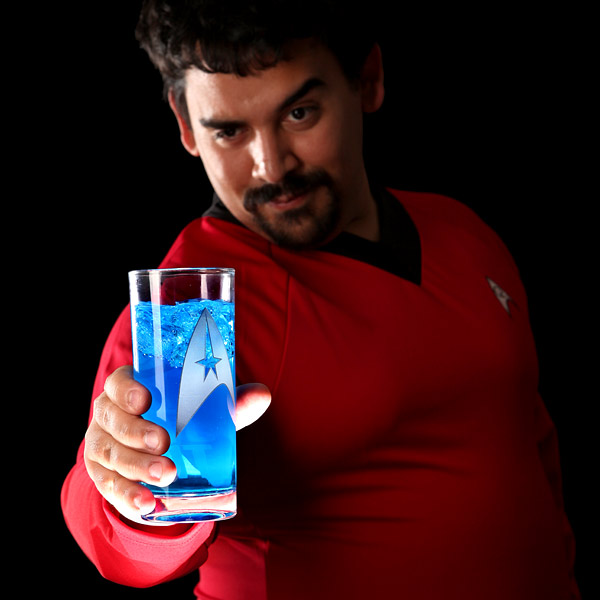 This particular variant of the Romulan Ale, drummed up by Thinkgeek, is actually a canned energy drink intended to rouse you up rather than leave you intoxicated.  You don’t want to go around getting too drunk and parading in your Star Trek bathrobe the rest of the day, do you?  Well, I guess you do.

This version is a berry-flavored beverage in the same blue color as the instantly intoxicating ones that remain banned in many sectors of the universe.  Ingredients include a whopping 84mg of caffeine, ginseng, guarana, taurine and inositol, mixed in with some extra-terrestrial technology to give it an air of legitimacy.

The Romulan Ale Star Trek Energy Drink is available in packs of six, priced at $15.  Thinkgeek is careful to remind everyone that it’s urine-free, as well, so you can consume it without any worries.  We do suspect you’ll be peeing blue once you drink enough of this thing, though — which should be oddly entertaining.