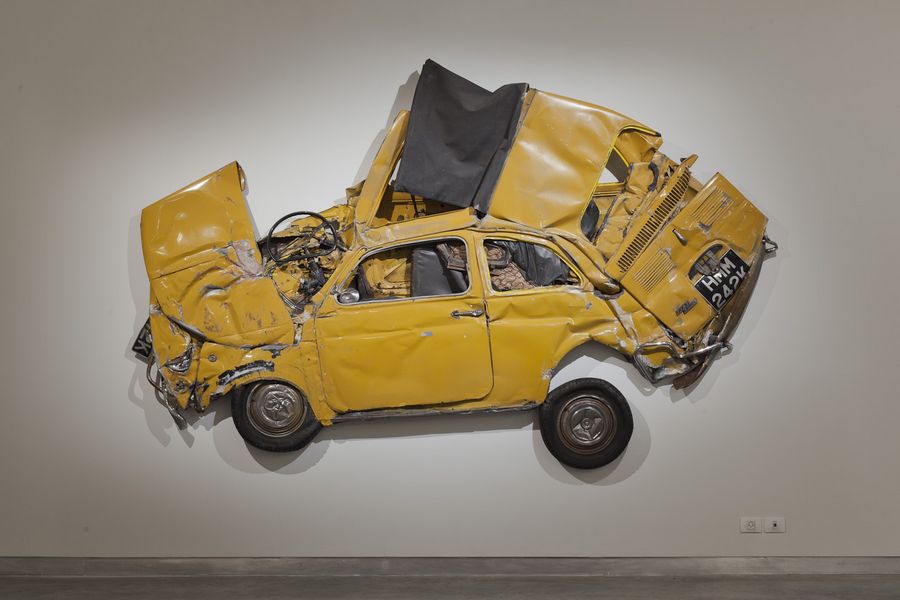 While the idea of pancaked cars sounds more painful than breathtaking, we can’t argue about the visual appeal of these flattened Fiat 500s. And though they look like junk yard fare more than decorative wall pieces, these totaled vehicles actually serve as the latter as part of an art show called In Reverse.

Made by Ron Arad, there’s nothing subtle it: just a handful of real Fiat 500s, crushed using whatever large object the artist decided to take to it.  There’s no word on how the cars were actually flattened, so we’ll just assume he either took this to one of those junk yards where cars go to die or he had an army of gnomes hammer the whole thing one square inch at a time.  We dearly hope it’s the latter, by the way. 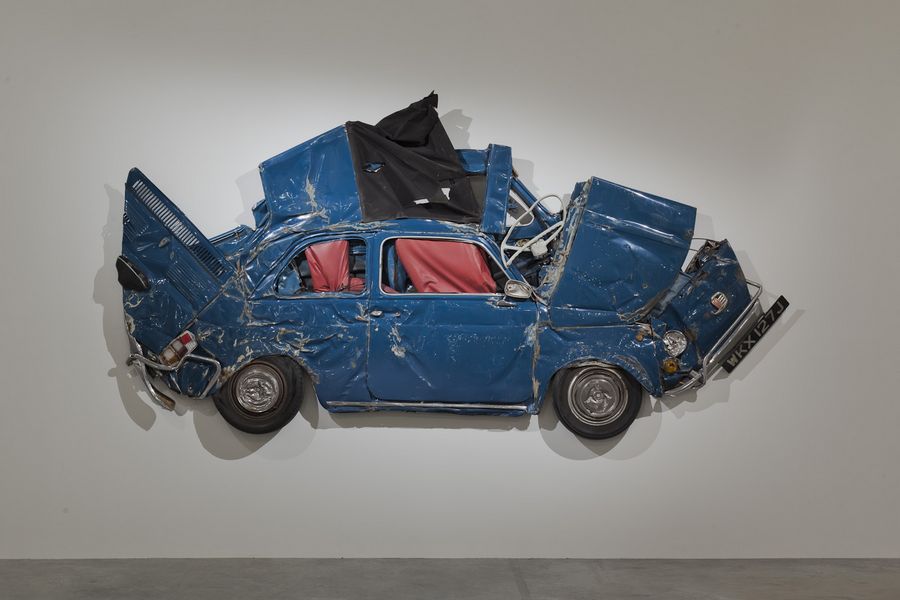 The installation includes six of the vehicles crushed into what’s essentially a two-dimensional form that you can push up a wall for adorning it like a painting of mayhem and destruction.  According to Arad, who has been working on metal as a medium for the past 30 years, he wanted to explore “the way in which automobile bodies, specifically the Fiat 500, behave under compression.”  Well, here’s the answer to his curiosity and it’s, admittedly, quite a sight.  In a room near the installation, by the way, the artist also offers a digital simulation of the crushing process, so you can watch a close approximation of the mayhem ensue.

Normally, we’d call art like this dubious (kind of like someone who puked paint into a canvas and called it masterpiece), but those beautiful cars looking like they’ve been ran over by a giant robot definitely makes it difficult not to stare.  And, if you’re one of those people who love your automobiles, maybe even shed a few tears.

In Reverse runs from now to October 19 at the Design Museum Holon in Israel. 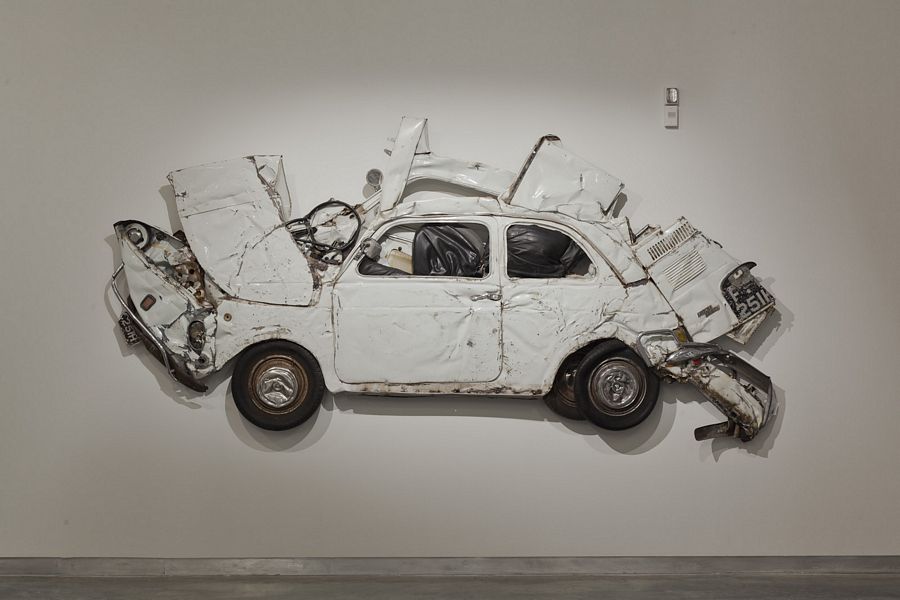 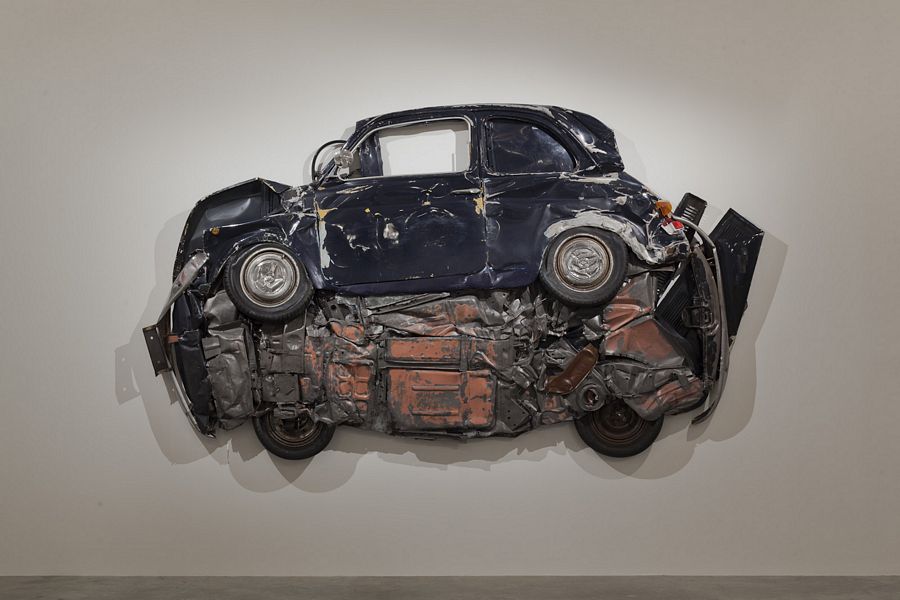 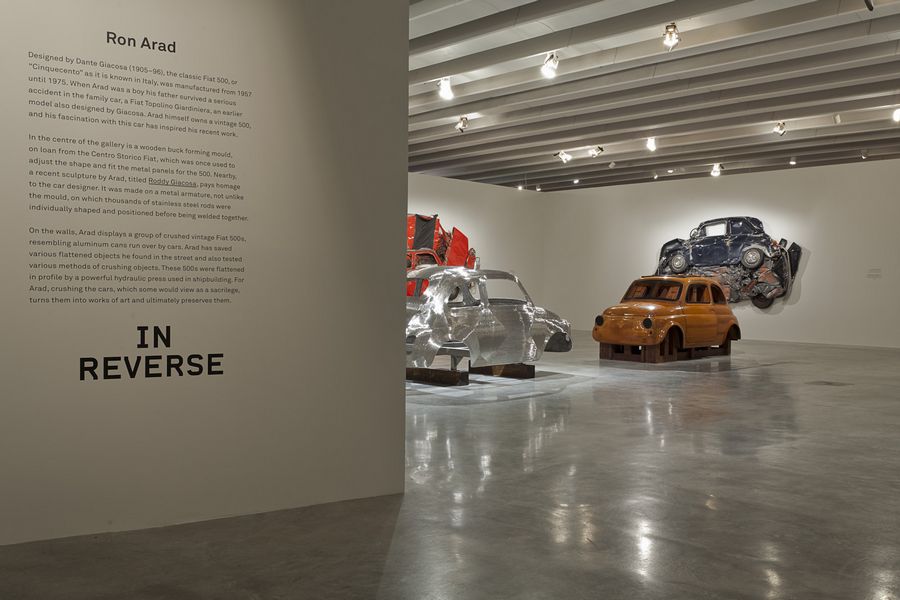