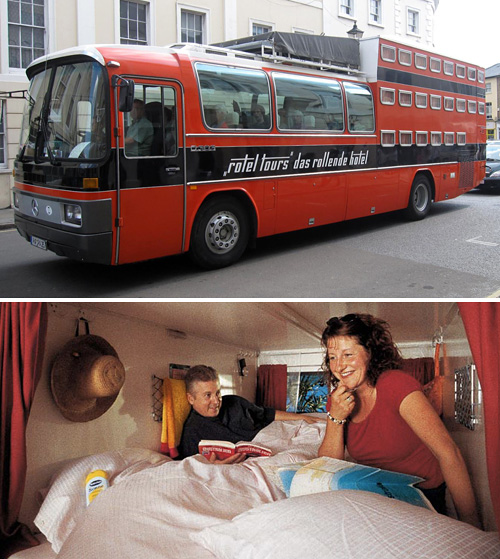 Calling this thing a “hotel on wheels” is being generous. At the current state of public buses, though, having a semi-private booth with a cramped bed does sound mighty luxurious. And that’s exactly what Rotel Tours’ “rolling hotel” buses bring to commuters.

A 3 x 3 x 6 feet room with a curtain for a door might not sound much. During longer trips, however, having that bed (which fills the entire floor area, by the way) to lie down on does sound like a sumptuous indulgence regular Greyhound passengers would die for. Sure, you can barely move while inside and you will likely knock your head silly on that low ceiling every time you get up. But it’s a bed with some amount of privacy – something I’ve never seen any buses equipped with in the past. 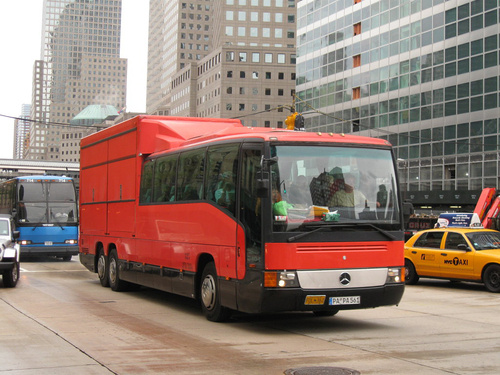 The front of the bus comes with regular bus seats, flanked along large windows. Walk towards the rear, however, and you’ll find three rows of tiny rooms, each equipped with a bed, some hanging hooks (for your bags and clothes) and a small window to peek out of. All buses only get one communal toilet and no bath, although they do arrange for stopovers to places where travelers can freshen up. Considering it’s a European bus, I don’t think all that bathing nonsense really matters, does it (I kid, I kid)? 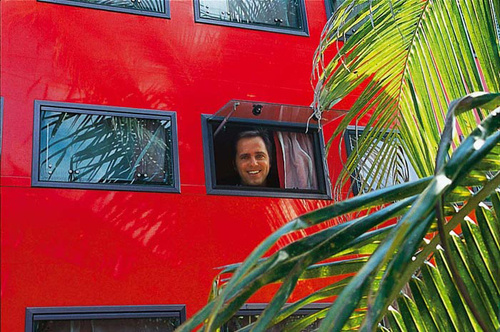 Surprisingly, Rotel Tours isn’t anything new. According to the company, they’ve been operating their “Betten auf Rädern” (bed on wheels) since 1959 and, in fact, currently boast a fleet that’s 3,400 strong. Since that time, they’ve been offering bed-bus tours of Asia, Europe and Africa, presumably to non-claustrophobic German tourists who want to see the world lying down.