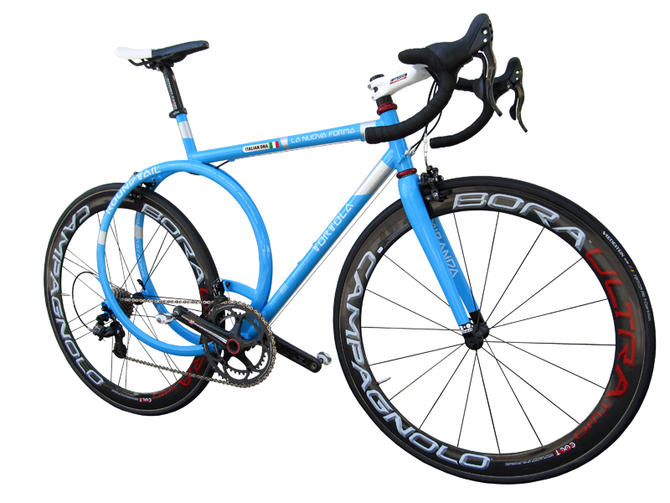 The classic double-diamond bicycle frame works well enough.  But odd designs could be fun, too (I mean, how can you not love a hotdog-shaped bike).  The RoundTail Bike justifies its unusual shape by claiming to be “dramatically more comfortable,” all while “retaining the same lateral stiffness and pedaling efficiency.”

Created by Canadian bike-builder Lou Tortola, the idea for the frame first came about after he noticed the amount of discomfort and injuries caused by riding among long-time cyclists.   Using hoops instead of a pole at the rear end allows the frame to absorb more of the road vibrations, dulling a lot of the impact that would otherwise end up pushing against you instead. 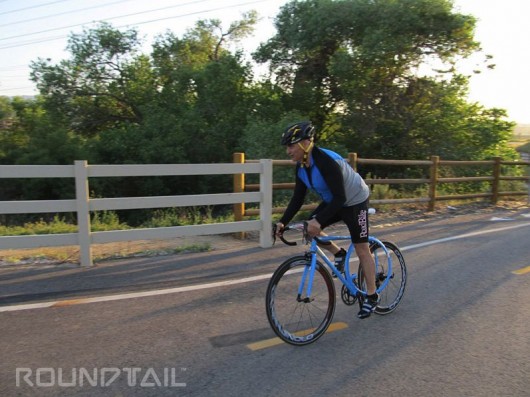 The RoundTail replaces the seat tube and stays of a regular bicycle frame with dual-hooped tubes.  According to tests from Boulder, Colorado’s Microbac Laboratories, the new design will give bikes ten times the vertical flex of a traditional frame, as well as over sixty times the shock absorption.   We’re not sure how that much flex isn’t supposed to affect the pedaling efficiency, but Tortola insists it won’t.

The version of the frame unveiled at last weekend’s San Diego Custom Bicycle Show is made using an alloy material, with titanium and carbon also planned for future models.  While the extra material adds some weight to the assembly, Tortola says it’s usually no more than an extra 250 grams.

There’s no word on plans towards pricing or availability for the RoundTail Bike, but it will make an appearance with all the new models at the Interbike Trade Show in Las Vegas this coming September.