At first glance, the Rove Gym looks like a barebones cable station. You know, that machine in the gym where you perform various exercises by pulling a cable attached to a stack of weights. And it kind of is. Unlike the one in the gym, this machine is designed to be perfectly portable, allowing you to pack it in a bag and install it any time you need to get a workout.

That’s right, it’s a portable cable station. How portable? As it turns out, it’s portable enough that the darn thing can collapse into a duffel bag, allowing you to set up a cable machine anywhere you end up for the day, whether you’re at home, in a hotel room, or your family’s vacation cabin by the lake where you usually stay during summer. Even better, the entire thing weighs a mere 12 pounds, so you should be able to bring this thing along without exerting too much effort. 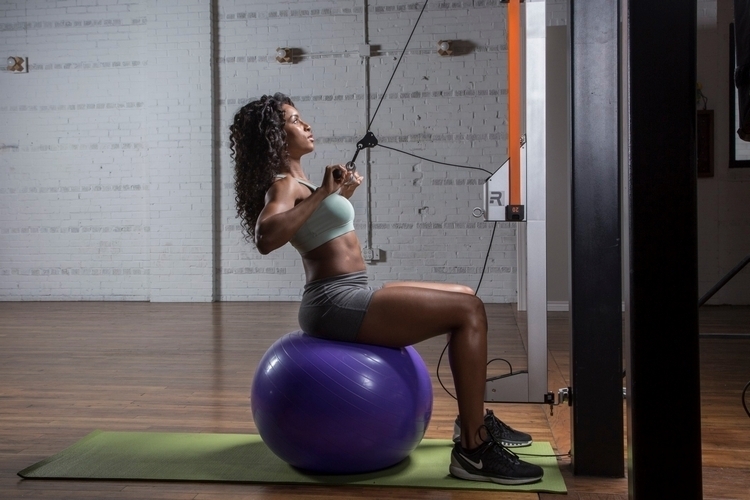 The Rove Gym assembles into a standalone cable station that can mount directly on door jambs, along with sections of the wall where you have access to both sides of the same section (basically, along openings across a wall).  When installed, the basic cable station stands six feet tall, all while taking up zero floor space (it mounts a few inches from the ground), allowing you to perform a complete workout while using up very little space in the room.

Since this is meant as a portable workout equipment, they ditched the stack of weights normally found on a cable machine. Instead, they use elastic bands to provide the necessary resistance, with eight different bands included that you can swap in for quickly changing the difficulty of each exercise. According to the outfit, using all eight bands together will let you work with 150 pounds’ worth of tension. Aside from the resistance bands, the Rove Gym comes with two pull handles, two ankle belts, a rotating curl bar, a jump belt, and a vertical pull-down clip, allowing you to perform a wide variety of exercises. From cable machine staples like curls and pulldowns to complex movements like deadlifts and presses, this portable machine lets you perform over 75 exercises all on its own. An optional rowing module (a low bench with a sliding seat) can further expand the capabilities of the machine, although you’ll probably want to keep this add-on at home, since it’s not quite as portable as the rest of the rig. Construction is aluminum for the main chassis (both the basic cable station and the rowing module), with the pulleys cut in molded plastic and the rope crafted from woven nylon.  A companion app can guide you through each of the exercises that you can do using the machine, complete with three levels of workout intensity, so it should be suitable for all users, regardless of their current fitness and experience.

A Kickstarter campaign is currently running for the Rove Gym. You can reserve a unit for pledges starting at $499.