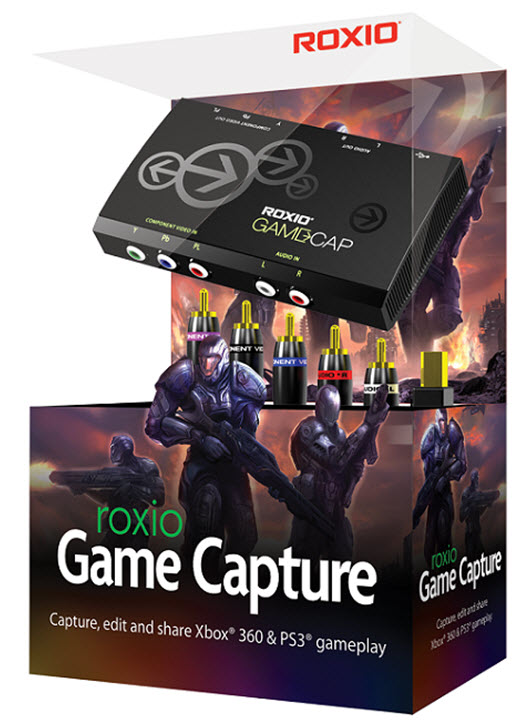 You’ve played games for years.  And once in a while, you’ll play a round so epic you just want to share it with the world.  Keep the Roxio Game Capture turned on every time you play and never miss on a bragging opportunity again.

Designed to work with the Xbox 360 and PS3, the device connects to your console, TV and PC, acting as a central hub for capturing gameplay footage while you shoot, maim and kill the night away.  All videos are saved directly to the computer, letting you accumulate a full library of gameplay footage that you can later watch, edit, share with friends or banish from your memory (hey, sometimes you suck).

The Roxio Game Capture is a literal black box that’s described as a “quick-to-set up USB hardware capture device.”  It works in conjunction with a bundled software running on the PC, which facilitates recording of the gameplay in either AVI, WMV, DivX or MP4 format at a 480p resolution.   Yes, no HD for this version — still, it’s better than having no proof to show for an epic performance.

The software also doubles as a full-featured video editor, letting you mash up different frames, throw in effects, add animated credits and even lay down your own voiceover.     You can also upload your videos online directly from the application’s interface, whether you want to share it on YouTube, Facebook or some other community.

I’m not actually sure how those folks who create Machinima movies capture footage from their consoles.  The Roxio Game Capture takes that mysterious process and makes it dead simple for the rest of us.  It’s available now, priced at $99.99.