Rubbee Turns Your Bicycle Into An Electric Bike In Seconds 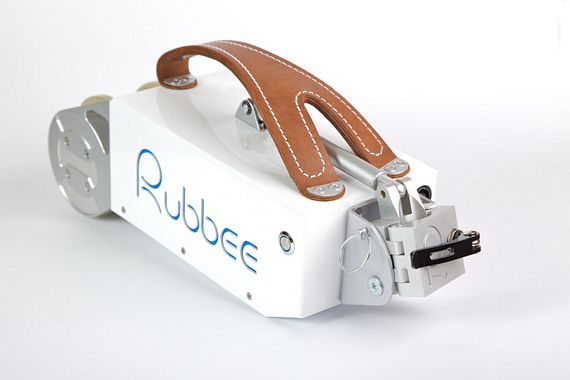 Aftermarket systems for turning regular bicycles into full-fledged e-bikes, like the Gruber Assist and the E-Powered Downhill Kit, have existed in the past.  So far, though, we haven’t seen one that offers the same ease of installation as the Rubbee.

Billed as “a revolutionary electric drive which can be mounted on any bicycle in just a few seconds,” it literally lets you equip an erstwhile regular pedal pusher with e-bike capabilities near-instantly.  Plus, you can attach and detach it at will, so you can use the same add-on to add an electric drive to your fixie, your mountain bike or your folding bike thingie, depending on which one you feel like riding at the moment. 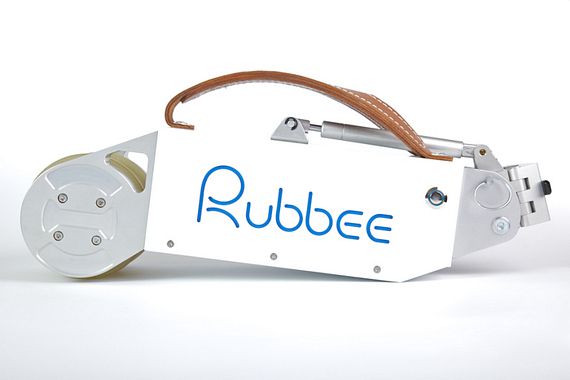 The Rubbee consists of a waterproof contraption that houses all components, including the 800W motor and 20,000 mAh battery pack, inside its frame and a throttle that you can use to control its operation.  To use, simply mount the Rubbee on the seatpost (works with posts between 22 to 35 mm) and align it so that the cast friction roller at the end of the rig rubs onto your rear tire.   When turned on, the device will rotate its friction roller, which will then send your rear wheel spinning without requiring you to pedal — instant electric drive without the complicated installation.  The throttle mounts on the handlebar and connects to Rubbee using a single cable. 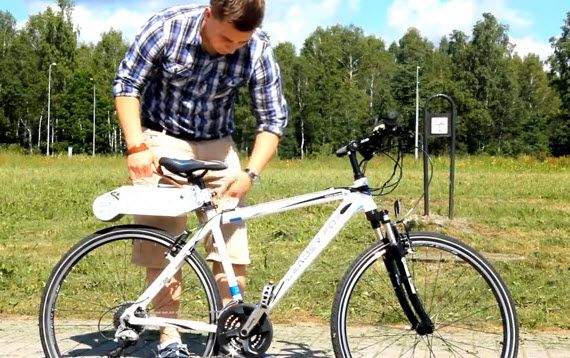 While it isn’t the most powerful e-bike setup, it does post good numbers: 15 mph top speed, 15-mile range and a battery good for 2,000 cycles (basically, allowing for every single day of use for 5 years straight).  Since it mounts on the seatpost, the device has an integrated LED rear light that you can use to keep your bicycle visible at night. 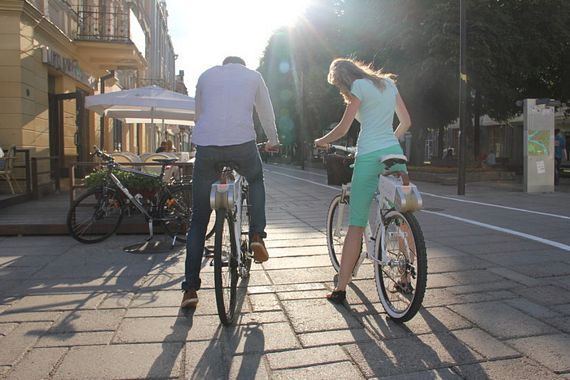 Currently, Rubbee is raising funds for a production run on Kickstarter.  Available pledges to reserve one as of this writing starts at £799.