Have You Seen This Crazy BMX Triple Front Flip? 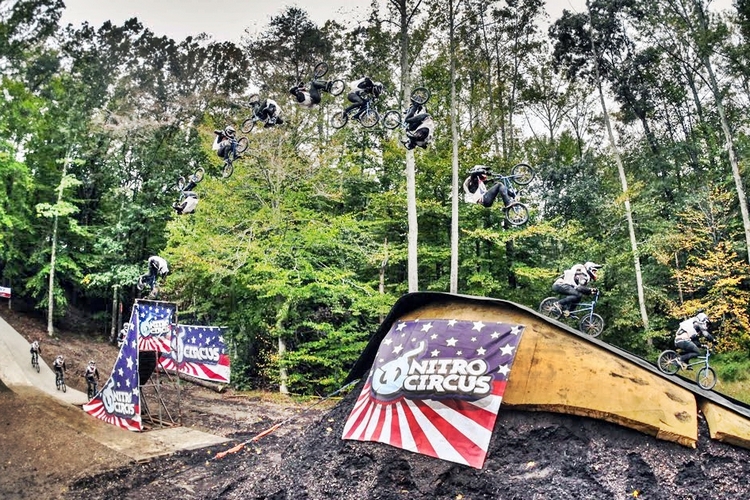 There was a time in BMX history when hitting a front flip on a ramp was considered insane. I mean, backflips make sense, since you launch, tilt your body backwards, and you spin. Front flips, on the other hand, seem to defy the natural laws of momentum. So to hit not one but three consecutive front flips just sounds all manners of brain-melting, but that’s exactly what Nitro Circus stunt performer Ryan Williams did.

Officially the world’s first BMX triple front flip, the feat was filmed at motorsports legend Travis Pastrana’s Maryland compound. Williams wasn’t alone in trying to land it, by the way, as both him and fellow stunt performer, Andrew Ahumada, kept doing alternate runs before one of the them finally nailed it and forever etched his name into the record books. According to Williams, they did around 20 runs landing on a safety bag before finally attempting to do it straight on the ramp. After that, it took him six tries to finally complete the three flips and finish the landing, which was, apparently, very hard, regardless of how perfect his speed was.

Curious how the stunt works? R-Will breaks it down into three main points: initiation, tuck, and landing. The initiation involves rolling forward early on the jump and hitting his head on the lip, which flicks the bike into the first front flip. From there, he tucks the bike as close to his body as possible in order to speed up the rotation, counts how many times he sees the ground (seriously), and braces for the landing after he counts the third flip. Yikes.

Hit the link below to read the full feature over at Nitro Circus.