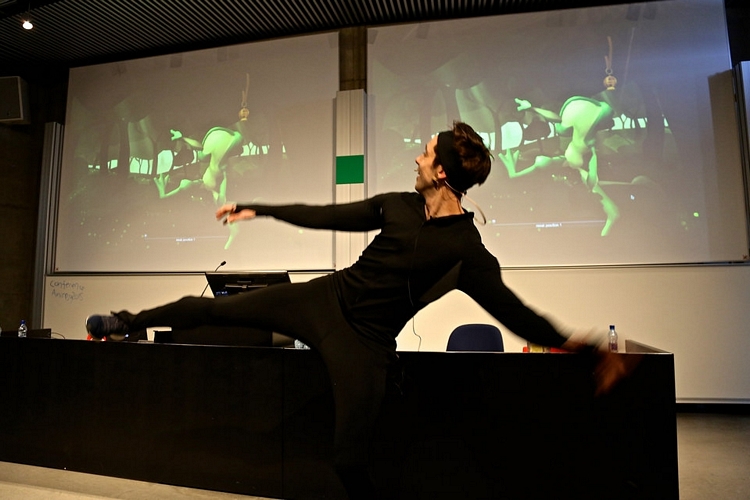 We’ve seen a few crowdfunded attempts at inexpensive motion capture (mocap) suits over the last few years. So far, none seem to have actually made it to market yet. Which means, the gates are still wide open for someone to build an affordable mocap suit for all the homebrewers out there. The Salto DK1 is the latest to try and take the reins.

Yes, it’s a real sensor-based mocap system that won’t be burdened by the inherent limitations in optical-based systems (there are now a few that work with Kinect), which is what most people use as an affordable alternative today. Whether for making animated movies, creating more realistic games, or physical analysis, this promises to bring all the upsides found in five-figure systems at a less-restrictive price point. 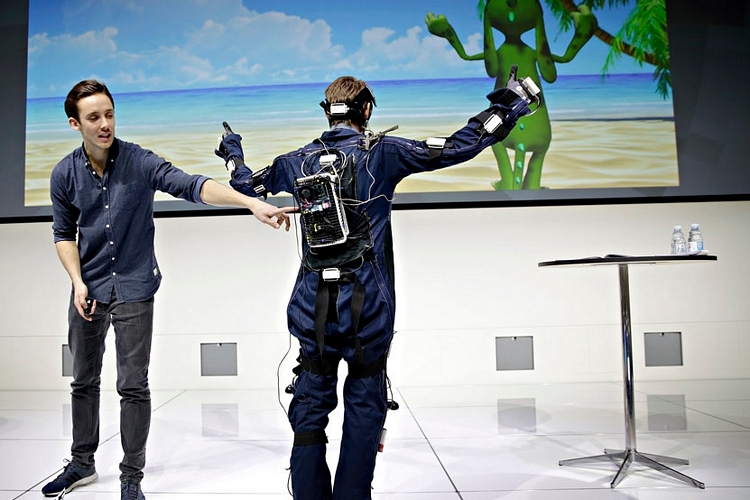 The Salto DK1’s main suit comes with 19 embedded sensors that are strategically-placed to cover every major moving joint in the body, all of which send their readings to a hub mounted on the back. For even greater detail, the suit can be reinforced by a pair of gloves (each glove has seven sensors each) to add precise tracking for the hands and fingers. Even better, the suit can function wirelessly, with all movements streamed to the accompanying software over WiFi, so the subject enjoys full freedom of movement during a recording session. The hub also comes with an SD card slot for saving readings (in case you’d just like to download them later) and a USB slot for wired streaming.

It comes with Salto Studio, a PC software that records and plays back all the recorded motion, with integrated options for exporting the data to BVH and FBX formats. The suit is also compatible with Unity, Unreal Engine, Oculus, Samsung Gear VR, Autodesk Maya, and Motionbuilder, with an SDK currently under development.

A Kickstarter campaign is currently running for Salto DK1. Pledges to reserve a unit starts at $550.