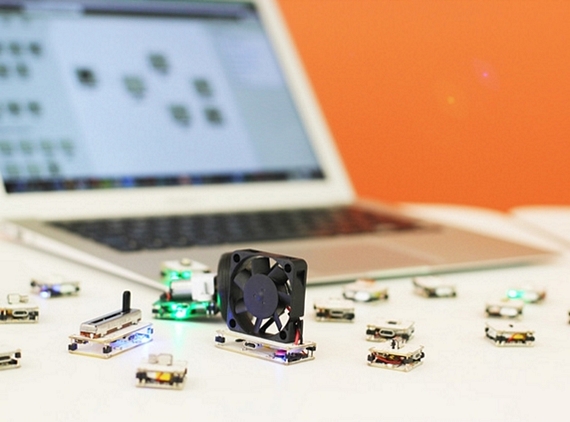 Similar to LittleBits, SAM is a modular electronics kit that lets you build functioning tools by combining different hardware modules.  Unlike it, you don’t need to snap the SAM modules together.  Instead, each one comes with its own power source and wireless connection, so you simply gather all the modules in one place and use the app to define each module’s function.  No wiring, no soldering, no snapping things together.

Described as “the first electronics development kit that seamlessly integrates hardware, software, and the internet,” it’s designed to make building interactive electronics easier and faster than ever.   Like many similar systems, it’s designed to appeal to kids, allowing them to build functional toys (you know, like robots that will destroy big sister’s dollhouse or something) without rigorous coding, wiring, and soldering involved. 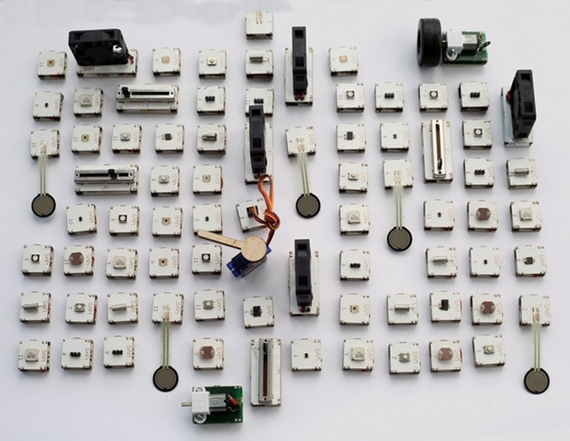 The current SAM lineup consists of eight inputs (button, slider, knob, tilt sensor, light sensor, temperature sensor, pressure sensor, and servo) and five outputs (motor, buzzer, RGB light, fan, and vibration motor).   Just hook up the modules to whatever objects you want (e.g. the motor to the wheels of a toy car), then open the app and use the drag-and-drop interface to define how each module is supposed to behave.  That’s it.   The app comes with a “code view” feature, in case more inquisitive kids would like to hack the functionality to make it suit their own vision, although its main intent is to give kids an idea about how code actually works. 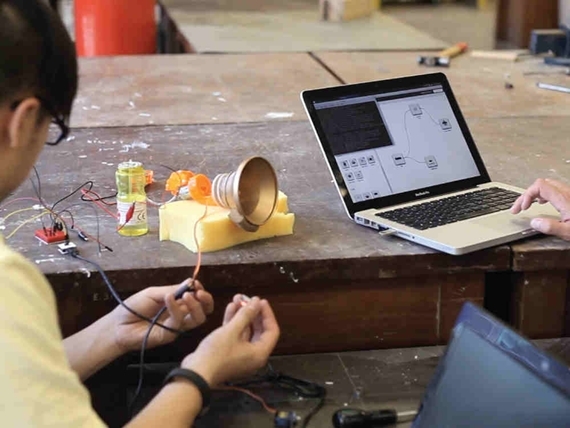 The catch?  Since each module has its own battery and wireless connectivity, SAM is expensive, with the cost really adding up once you start building more complicated projects over time.  A Kickstarter campaign is currently running to fund it.  Pledges to reserve a starter Explore kit starts at £45.