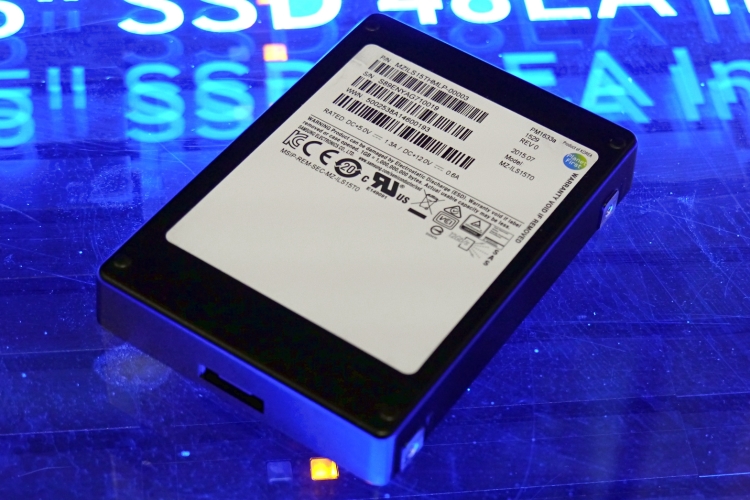 Looking for the highest-capacity single hard drive your money can buy? Look no further than the upcoming Samsung SSD, which packs a whopping 16 terabytes of storage inside its shell.

That’s right, Samsung has managed to cram an unprecedented amount of storage inside a 2.5-inch SSD package, exceeding the 10TB threshold that current high-end hard drives come in. Sure, you’ll probably exhaust it soon enough, too, with all the games you install, the 4K movies you download, and the FLAC files you accumulate, but it’s still pretty badass having all that space inside a single bundle.

How did they manage this sorcery? The Samsung 16TB SSD uses the company’s new 32GB 3D NAND flash die, which has twice the capacity of the high-end dies most manufacturers have been using since last year. Simply put, there’s some serious engineering magic going on here, since you’ll have to squeeze in around 500 of those things to achieve the amount of storage available in this thing.

Like all brand new storage tech, the Samsung 16TB SSD isn’t being aimed at regular consumers. Expected to be priced between $5,000 and $7,000, this is more likely to be grabbed up for use in servers and enterprise setups. We’re hoping they do hurry up and get it to a more affordable price range, though, because the oncoming onslaught of 4K and VR content is bound to really push our storage capacities to the limit.

Check out the links below for more information.