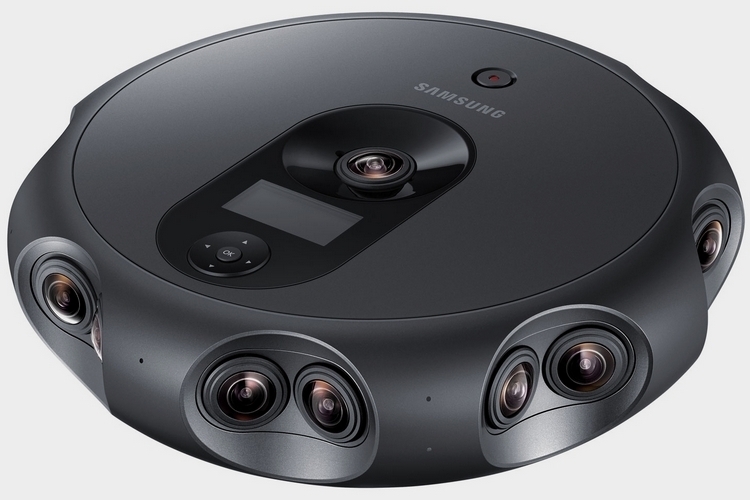 Samsung already has a popular VR camera in the form of the Gear 360, but it’s a consumer-grade device that’s meant to be used by ordinary folks rather than professional content creators. For those in the market for something with better quality than your standard consumer-grade spherical shooters, Samsung is now offering the 360 Round.

Sporting a disc shape, the VR camera looks like a portable CD player at first glance – you know, the kind of thing that was ubiquitous among people walking around with headphones during the 90s. Except, of course, it won’t play CDs but take immersive spherical video with an intense amount of detail. 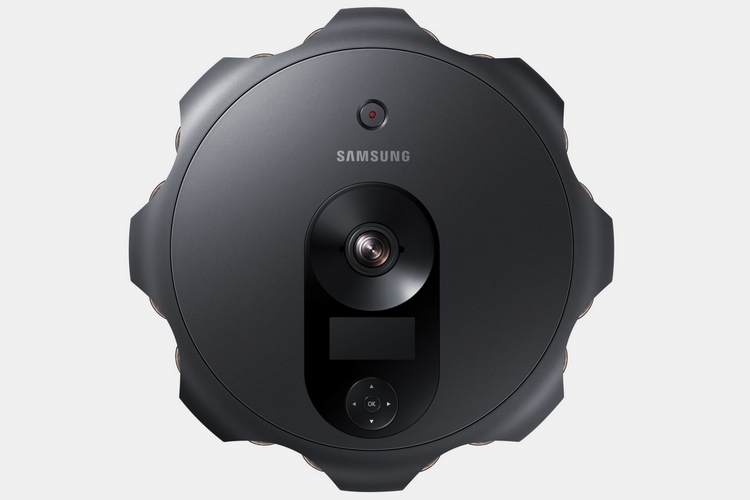 The Samsung 360 Round puts 17 2.0-megapixel cameras along its disc-shaped frame – 16 of them along the edges and one on top for a clear view of the vertical horizon. Yes, that’s a lot of cameras, making this quite powerful at capture 3D VR images. It pairs those lenses with six microphones to ensure it captures 360-degree audio just as capably. In case you have even better omnidirectional mics in your stash, it also comes with two mic ports to better reinforce the audio pickup. All the videos you shoot can be stored on the 40GB of onboard storage, although you can also add an SD card (up to 256GB) and an SSD (up to 2TB).

As with most professional rigs, the camera can livestream 4K 3D video with spatial audio at a smooth frame rate of 30 fps, as well as in 2D at the same resolution and frame rate. Samsung claims there will be little-to-zero lag when it comes to the livestream, as the software can stitch video in near-instantaneous fashion. It will also come with control software that allows you to easily manage the livestream during broadcast. Do note, there’s no Wi-Fi, so it requires a wired Ethernet connection to hook up to your network.

Because it’s intended for professional use, the Samsung 360 Round has been duly-equipped for durable function. That includes a uni-body chassis that’s designed to minimize heat without the need for a cooling fan, as well as an IP65 rating for resistance to water and dust, so you can bring it outdoors without leaving it helpless at the mercy of the elements. It’s compact, too, measuring just 8 x 3 inches (diameter x height), making it even easier to pack in your bag than a large DSLR.

During live broadcast, it requires being hooked up to a PC which can run both the control software and the stitching software in real time.  As you can imagine, the PC requirements are steep: according to the Samsung press release, you’ll need a PC with a Core i7 CPU, 32GB of RAM, and a Nvidia GTX 1080 Ti GPU at bare minimum. Honestly, we think you can use a less-powerful PC, too, although that would probably increase lag time since you will need these specs to perform the stitching as quickly as possible.

No pricing yet, but the Samsung 360 Round will come out later in the month.