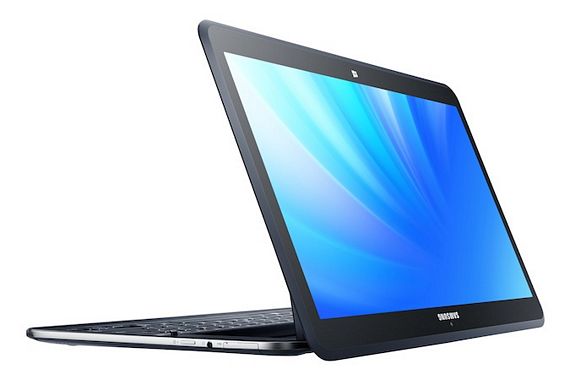 We folk who love Windows 8 and all, the current roster of tablet apps just isn’t anywhere as good as Android or iOS.  And that stinks.  The Samsung Ativ Q, though, offers the best of both worlds, combining Windows 8 and Android in a single hybrid notebook/tablet.

Not only can it run both OSes, it can have the two running at the exact same time.  No need to reboot into a new OS — just switch from one to the other with the push of a button.   While the two platforms won’t be sharing settings or applications, they can share files and folders, so it’s almost like you’re running a seamless Android mode on Windows (or vice versa).   Plus, this isn’t Windows RT, either, but the full version, so you can have a single computer running both your favorite desktop tools and your favorite tablet apps. 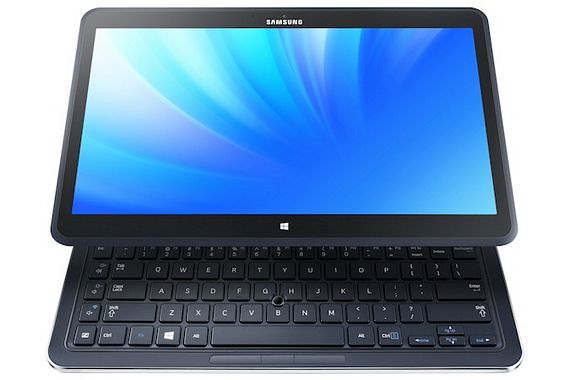 The Samsung Ativ Q is a convertible computer that can be used either as a laptop or a tablet like many that came before it.  It uses a versatile hinge that lets you angle the display into more positions than the Kama Sutra (okay, maybe less), including taking the entire thing off for traditional tablet use.  Display is a 13.3-inch panel, with a 3200 x 1800 resolution and a 170-degree viewing angle, making it one of the best screens we’ll probably see on a computer this year.  Other details include an Intel Haswell processor, support for the Samsung S Pen, 10 hours of battery life, and a full-sized PC keyboard.

Currently, availability has only been announced for the UK, where it’s slated to debut later in the year.  No pricing has been given.