Samsung’s Chef Collection Induction Range Comes With Fake Flames, So You Know When Food Is Cooking 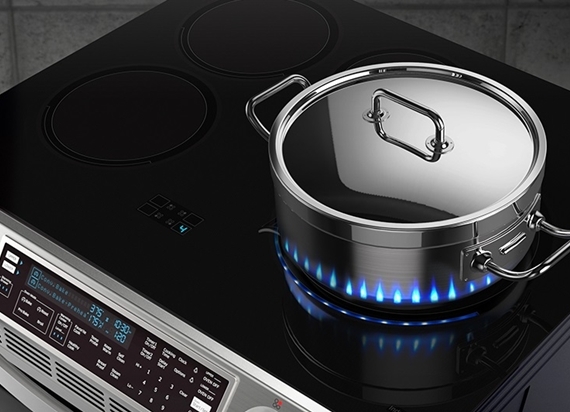 Induction cooktops are great.  They heat up cookware incredibly fast, they waste very little heat, and they’re way easier to clean than any conventional cooktop.  If there’s anything to criticize, it’s the lack of any hard-to-miss visual cues that tell you when a burner is running, making it easy to mistakenly touch a red-hot pan, thinking it’s as cold as the one hanging up the wall.  Ouch.  That should happen less with the Samsung Chef Collection Induction Slide-In Range, which comes with fake flames to make sure you know a pot is being scorched like a poor tree in the middle of a forest fire.

Of course, it’s not real flames.  Instead, the cooktop uses a cleverly-arranged ring of blue LEDs that light up around the burner, reflecting the image along the sides of the cookware sitting on top.  Like real flames, they flicker, with enough variations that you might even forget it’s just electronically-generated lights rather than real fire.  Even better, the flames will vary in brightness depending on how hot the induction burner has been set, so you can get a visual cue of whether the food is cooking on high, low, or medium heat by just glancing at the flames. 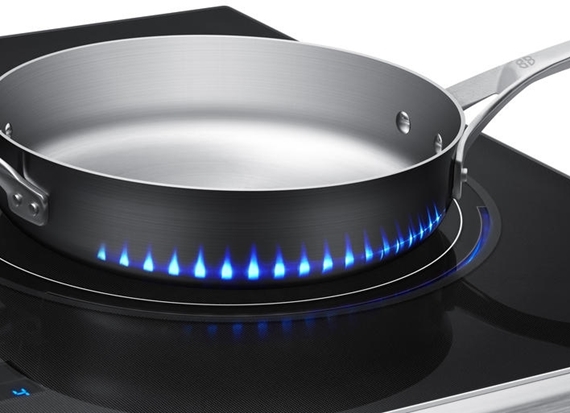 Aside from the clever visual illusion, the Samsung Chef Collection Induction Slide-In Range comes with a 5.8 cubic foot oven. Like many ovens, it features a removable divider that can split it into two levels; unlike them, each level can have its own separate temperature, allowing you to cook multiple dishes in the oven using different heat levels at the same time.  Pretty sweet. 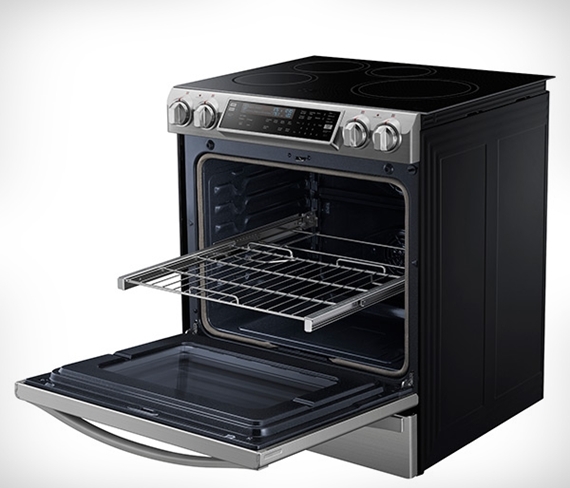 As you can probably tell from the novel features, the Samsung Chef Collection Induction Slide-In Range isn’t your run of the mill kitchen appliance, so it’s going to cost you.  Price is $3,699.