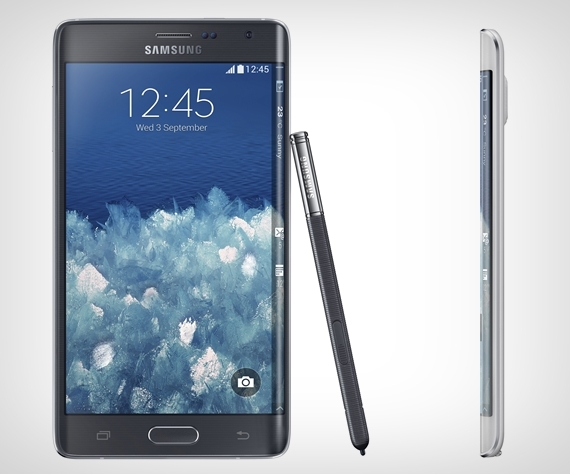 Samsung has never been afraid to be at the forefront of cutting edge innovations.  And the Samsung Galaxy Note Edge definitely falls in that category, with a screen that uncannily bends towards the right edge.

That’s right, it bends.  It’s not entirely curved like some handsets released in the past.  Instead, it bends just at the outer edge on one side, creating a truly unique display that brings some nifty new features to the mix. 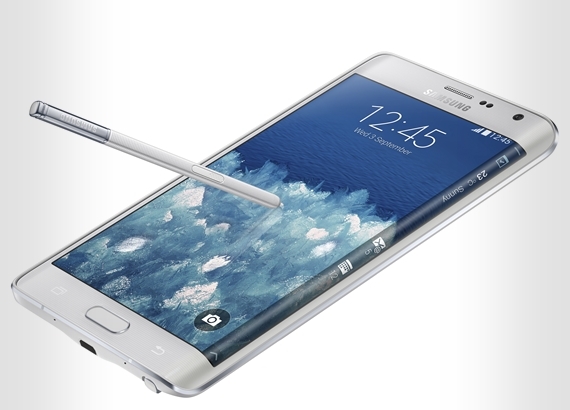 The Samsung Galaxy Note Edge’s unusual display isn’t just for show.  Instead, it actually serves as a separate screen of its own, where Samsung’s UI adds shortcuts to frequently-launched apps, video player controls (so you can just tap on the edge of the phone in landscape mode to pause a movie), and even display the time while the rest of the screen is in sleep mode. Basically, what’s shown on the narrow strip of curved screen depends on the app running or whatever mode the phone is on, with an SDK set to be made available to developers who want to integrate it into their software.  There are also different types of preset contents you can display on the strip, including weather info, notifications, stock tickers, news feeds, and even a ruler (yep, a ruler – probably not that useful, but pretty clever), among others.

Specs are similar to the Samsung Galaxy Note 4, which was announced alongside the Edge, with any differences only a consequence of accommodating the unique display panel.  Details include a quad-HD 5.6-inch AMOLED display, a quad-core 2.7-GHz Snapdragon 805 SOC, 3GB of RAM, 16 megapixel rear optics, a 3.7-megapixel front camera, and a 3,000 mAh battery.

No pricing has been announced for the Samsung Galaxy Note Edge, but the fact that it uses a very new and very niche technology probably means this is going to cost more than your typical premium smartphone.