Samsung Galaxy View: This Is What An 18.4-Inch Tablet Looks Like 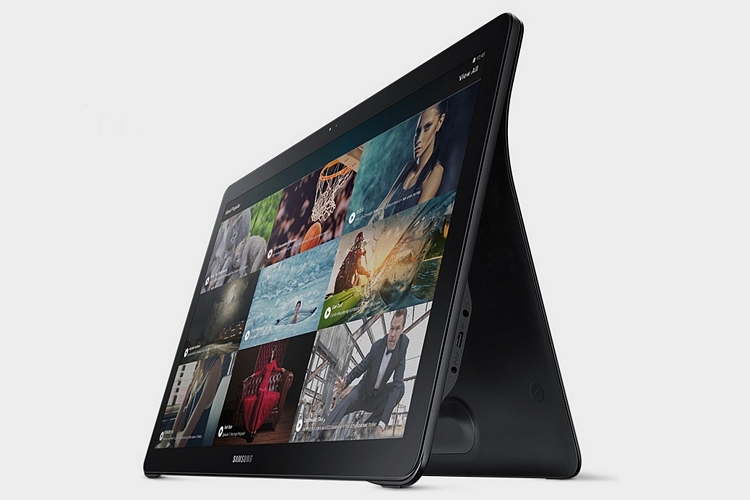 A lot of people thought the iPad Pro was too big. Samsung, apparently, didn’t think it was big enough. At least, that’s the reaction we’re guessing after seeing the Samsung Galaxy View, the company’s all-new 18.4-inch tablet.

That’s right, the Korean outfit just built a monster of a tablet that actually feels more like a small TV than a mobile device. And from what we gather, that’s exactly how they intend it to function – as a streaming-only media viewer that you can easily move around the house, so you can get your fill of video content, whether you’re in the bedroom, the kitchen, or the garage. 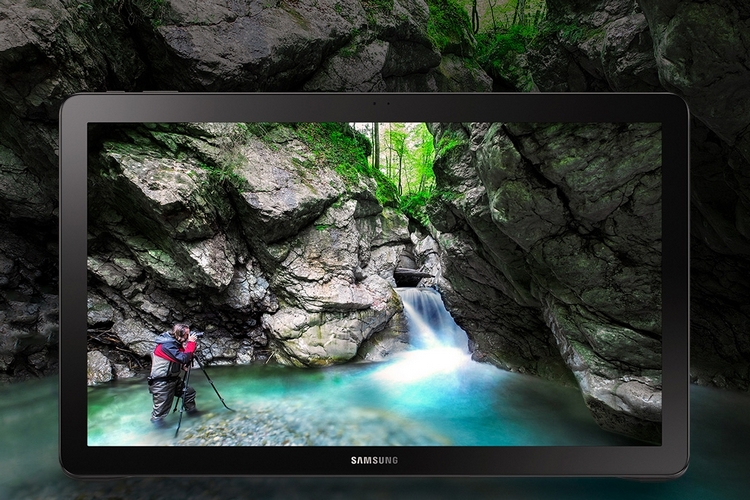 The Samsung Galaxy View runs Android 5.1 Lollipop, so it can function like any regular tablet, allowing you to run any game or app on the platform. Of course, actual usability as a regular tablet could be another matter entirely, considering it weighs a whopping 5.8 pounds, which sounds a little cumbersome to hold in your hands for an extended amount of time. Since it’s designed for use as a media viewer, it comes with a custom video streaming home screen that feature handy shortcuts to all the available online services (Samsung says the content partners will vary, depending on region), as well as a kickstand that props up the device in landscape mode when set down on a table and a handle for easily moving around. Specs include a 1080p resolution, a 1.6 GHz octa-core processor, a 2.1 megapixel front-facing camera, a 5,700 mAh battery rated at 8 hours of video playback, the usual selections in wireless connectivity, and even an LTE-only SIM card slot. 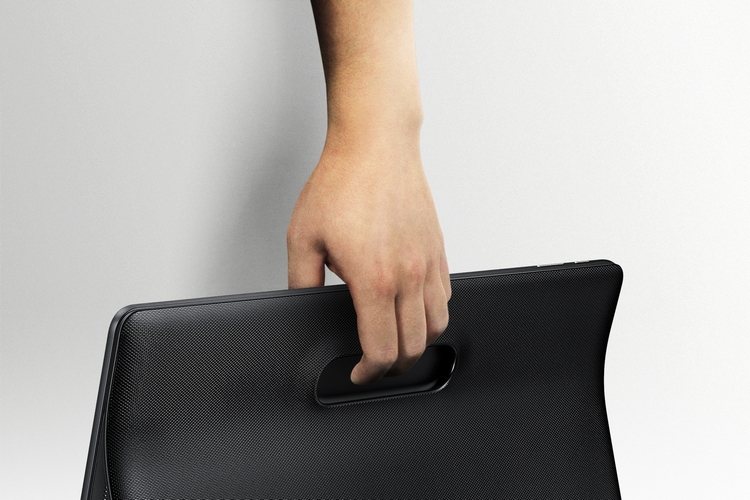 No official release date yet, but the Samsung Galaxy View is priced at $599.