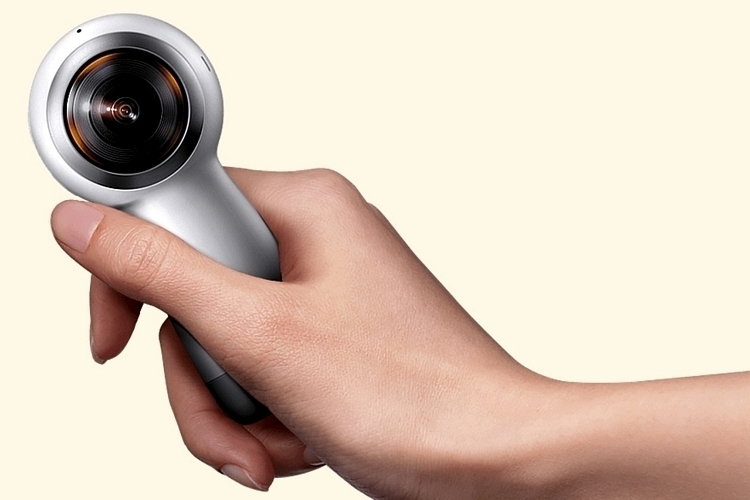 Did you pass on Samsung’s 360-degree camera because of the lack of support for 4K UHD? Yeah, that was an odd omission. Fortunately, they’re rectifying it for the latest version of the Samsung Gear 360, which upgrades its spherical video capture to full 4K resolution.

Instead of the tripod legs of the original, the camera comes with a monopod leg that allows it to stand stable on a flat surface. That same leg, of course, also functions as a grip for handheld camera work. 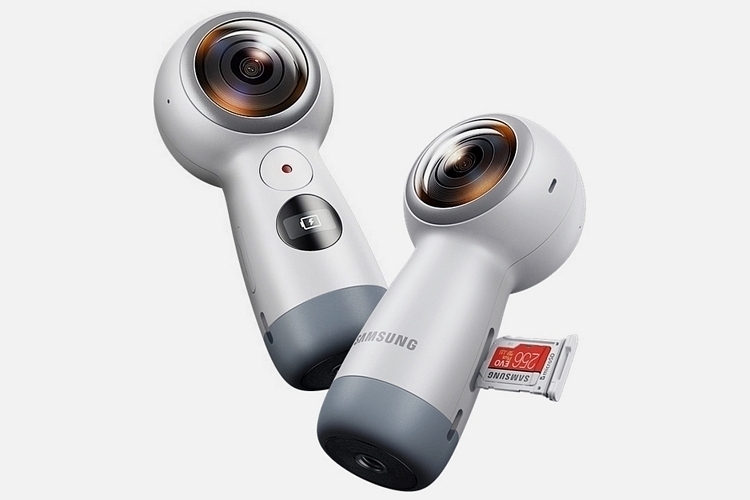 The Samsung Gear 360 pairs two 8.4 megapixel sensors with two fisheye lenses to capture the full 360-degree scene happening around it at a maximum framerate of 24 fps. Aside from 4K capture, it can also livestream the same content to your millions (okay, dozens) of adoring fans, albeit at a maximum resolution of 1920 x 960 pixels. Everything is recorded to a microSD card loaded on a slot along the handle, which can accommodate up to 256GB capacities, with the onboard battery able to keep recording for up to 130 minutes. And, yes, it now supports not just Android, but iOS, too, so iPhone users should be able to use it right out of the box. 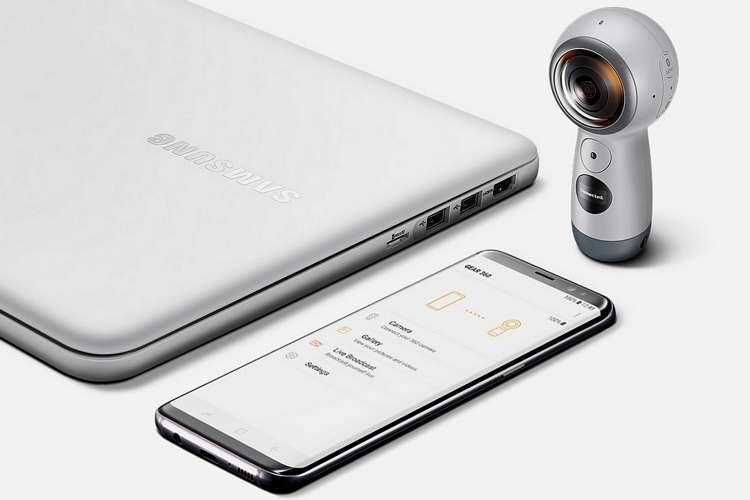 Features include physical controls so you can keep your phone in your pocket during recording, Wi-Fi, Bluetooth, IP53 dust and water resistance, and a bundled 360-degree video editor. It measures 4 x 1.8 x 1.8 inches and weighs just 4.5 ounces.

Learn more about the Samsung Gear 360 from the official website.