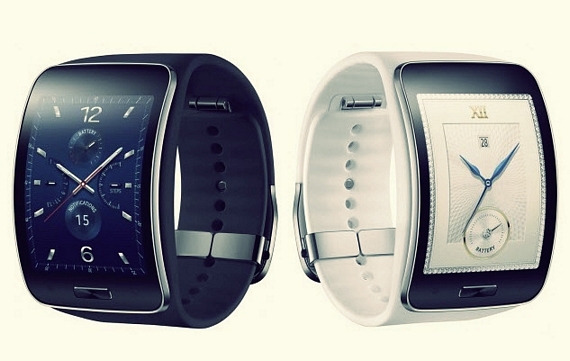 Both LG’s and Samsung’s previous releases both showed that a phone with a curved screen is just all manners of impractical.  From the looks of it, though, that impracticality doesn’t apply to smartwatches. At least, that’s the vibe we’re getting from the Samsung Gear S.

A smartwatch with a curved display, the panel wraps around the wrist, creating a unique aesthetic we haven’t quite seen in the current crop of products in the burgeoning niche (although we have seen a curved screen digital watch in the past).  It’s a nice way to make an erstwhile geeky device look a whole lot more fashionable, making for a unique aesthetic that really sets it apart. 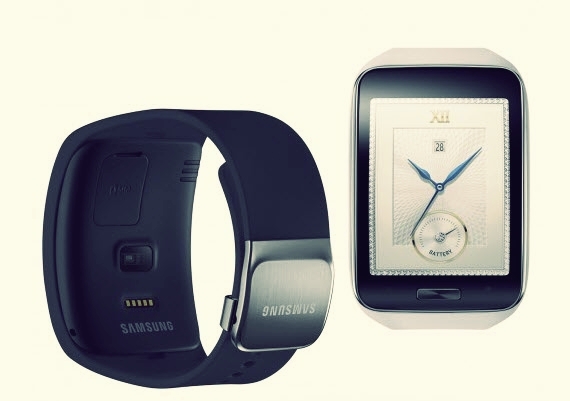 Rather than a square display like the company’s previous smartwatches, the Samsung Gear S has a 2-inch rectangular Super AMOLED panel with 360 x 480 resolution.  Unlike most smartwatches, it comes with its own 3G radio on top of Bluetooth and WiFi, so you can place and take calls, as well as send and receive messages (it has an onscreen keyboard for typing), among other activities, without being paired to a smartphone.   It features a dual-core 1GHz processor, 512MB of RAM, 4GB of storage, IP67-certified dust and water resistance, a 300mAh battery rated for 2 days of use, and swappable straps.

As per Samsung’s recent decision with their wearables, the Gear S won’t be running Android Wear.  Instead, it runs the Tizen OS, with S Voice, S Health, and Nike+ preloaded, along with Samsung’s collection of Gear Apps.

The Samsung Gear S will hit shelves this October.  No pricing has been announced.