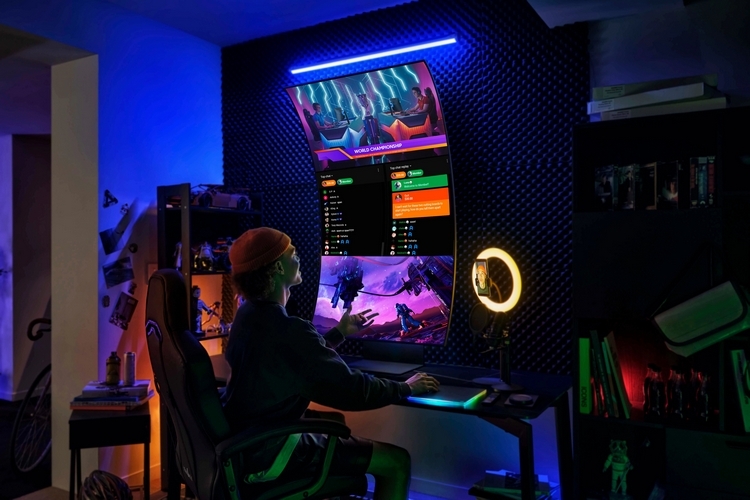 Early this year, Samsung showed one of the most unique monitors at CES, bringing a profile that’s equal parts curved, wide, and tall. Yep, it’s definitely something else. Now, the Samsung Odyssey Ark is open for preorders, giving you a chance to reserve one of the first production units of the specialty display.

Billed as “a display that overwhelms your senses,” the monitor brings a 16:9 aspect ratio that’s the same as conventional monitors. Except, with a curved profile, a gigantic screen size that’s more common for living room TVs, and, most importantly, a design that allows it to rotate in portrait orientation, giving you entirely new ways to use a monitor with your PC setup. 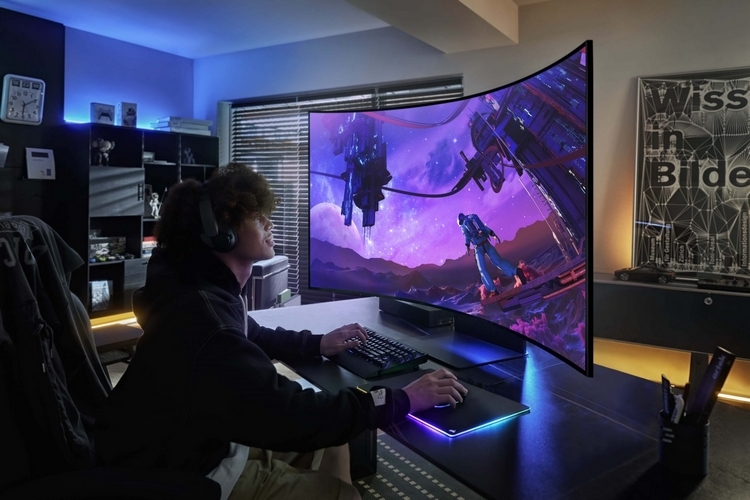 The Samsung Odyssey Ark is a 55-inch Quantum Matrix monitor with a 16:9 aspect ratio just like traditional TVs. Of course, 55 inches of screen real estate is ridiculous to have on a desk, so they decided to give it a 1000R curved panel, allowing it to better fit into work desks and gaming setups. Is it ridiculously big for a desk? Sure, but the screen, at least, curves around your field of vision, so it’s easier to see whatever’s onscreen from end to end. It’s a, pretty high-end panel, too, with a 165Hz refresh rate, 1ms response time, and 4K resolution, along with HDR10+ support, a 1M:1 contrast ratio, and AMD FreeSync Premium Pro providing it with a variable refresh rate to put both the panel and the GPU in perfect sync.

You can, of course, use it as one giant monitor to show your app interfaces, game graphics, and movies in supersized form. However, a feature called Flex Move allows you to adjust the size of the picture onscreen to something smaller and even move it around, so you’re not overwhelmed by the giant picture. You can also use the display as four separate screens, essentially giving you a four-monitor setup in one – a neat trick we’ve seen in similarly-large 4K panels in the past. 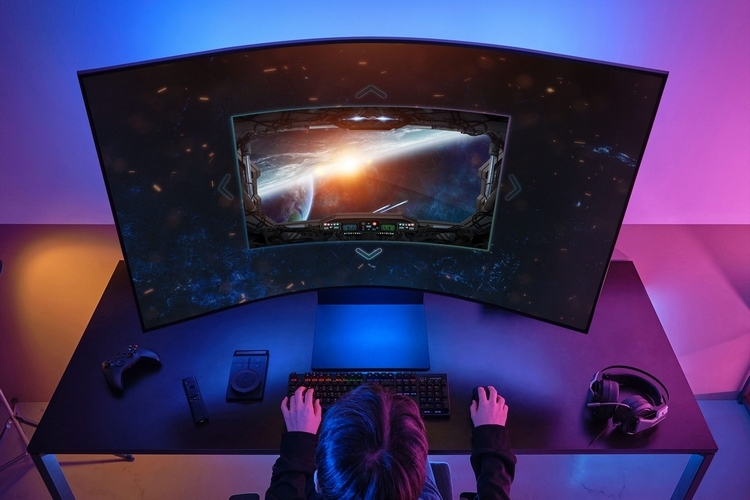 The Samsung Odyssey Ark’s most unique feature is the ability to rotate in portrait, immediately transforming into a curved panel that looks like it’s going to swallow you from head to toe. Not only can you use it to watch gigantic portrait videos in full screen, you also get the option to stack three screens on top of each other similar to a three-monitor setup. Like we said, it offers some unique viewing solutions. 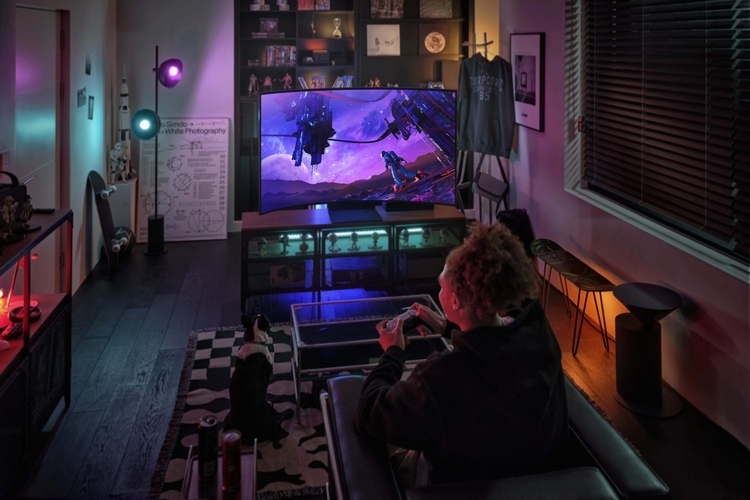 It also comes with built-in audio, courtesy of four corner speakers and two central woofers producing a 60-watt 2.2.2-channel sound, complete with AI Sound Booster and Dolby Atmos producing a three-dimensional soundscape that should help take immersion to the next level. They also threw in two solar-powered remotes: a conventional one that looks like your standard TV control and the Ark Dial that allows you to flip through various menus onscreen by simply turning the control. Features include numerous built-in apps for a smart TV experience, Samsung Gaming Hub with access to various game streaming services, and Samsung’s Game Bar, which allow you to see and adjust game settings much quicker than usual.

The Samsung Odyssey Ark is now available for preorder, priced at $3,499.99.