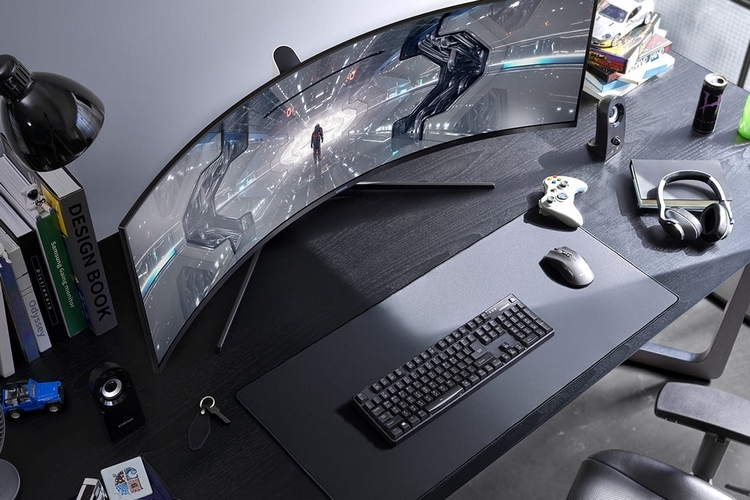 When putting together a desktop setup, one of the things we always splurge on is the monitor. Investing in a new model will usually keep you set for, at least, five years, potentially more if you don’t mind having the most cutting edge tech at all times. Rarely, however, can you buy a monitor that’s so advanced, your current computer isn’t likely to be able to take advantage of everything it can do. For now, though, you’ve got a chance to do just that with the Samsung Odyssey G9.

A curved ultra-wide monitor, the gaming display boasts a 240Hz refresh rate, allowing you to see a whopping 240 different frames each second you’re playing. That means, you should be able to catch every minute adjustment that happens onscreen, provided, of course, you have the hardware to actually run a modern AAA game at 240 fps. Which, let’s be honest, you probably won’t, unless you turn down the textures and other graphical elements in a severe manner. 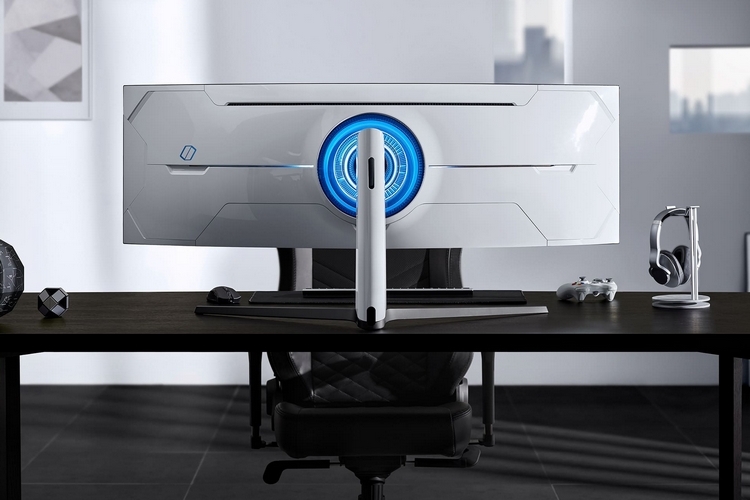 The Samsung Odyssey G9 is a massive 49-inch curved gaming monitor that delivers an insanely wide 5120 x 1440 resolution (that’s a 32:9 aspect ratio, by the way, which many games surprisingly support), allowing you to simulate two screens standing side-by-side using just a single QLED panel. Aside from stepping up the refresh rate to 240Hz, it also boasts  a single millisecond of response time, so all the action should happen even more instantaneously. Not that you can actually recognize the difference, of course, but still impressive all the same. With that said, many people who have upgraded from 144Hz to 240Hz actually say the change isn’t that dramatic, as in, the increased refresh rate doesn’t feel that significant compared to the upgrade from 60Hz to 144Hz.

The curve on this thing isn’t slight, by the way, as it literally wraps around in a very dramatic way. As in, if you want to feel like you’re surrounded by whatever virtual world you’re playing on, this thing will definitely deliver that experience. 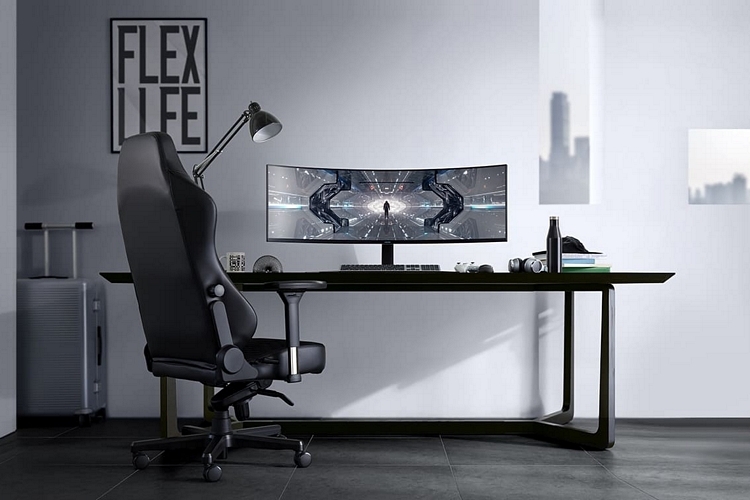 The Samsung Odyssey G9 has built-in ambient lighting in the back (which they call Infinity Core Lighting), right at the connection between the monitor and its stand arm. We’re guessing it’s supposed to reflect light at the wall behind the display, essentially expanding the visuals to feel like it extends well beyond the borders of your screen. If it doesn’t, though, then it just seems like a weird idea to put light in a place that you wouldn’t check out otherwise. 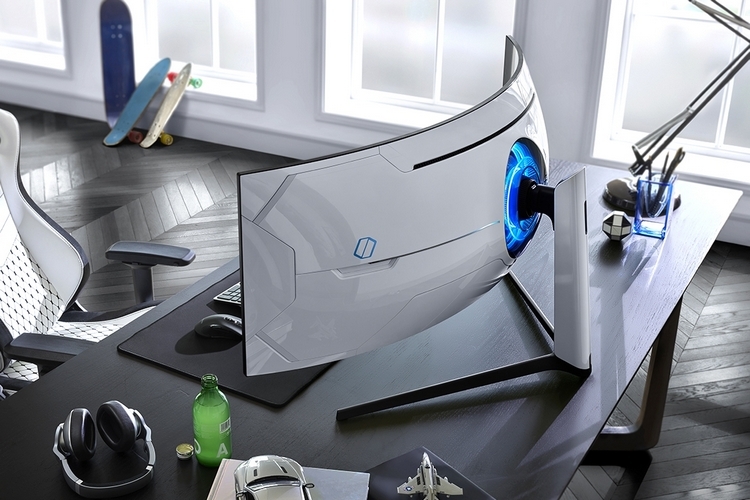 Do you need this monitor in your life? Probably not. We’re not really sold on the upside of 240Hz over 144Hz, for one, and we haven’t been the biggest fans of 32:9 aspect ratio, since they make games feel a bit fish-eyed. Perhaps, you feel differently, though, and this might just be the monitor upgrade you’ve been waiting for.

The Samsung Odyssey G9 will come out later this year, along with the smaller 16:9 Odyssey G7. No pricing has been announced, but expect it to retail north of $1,000.