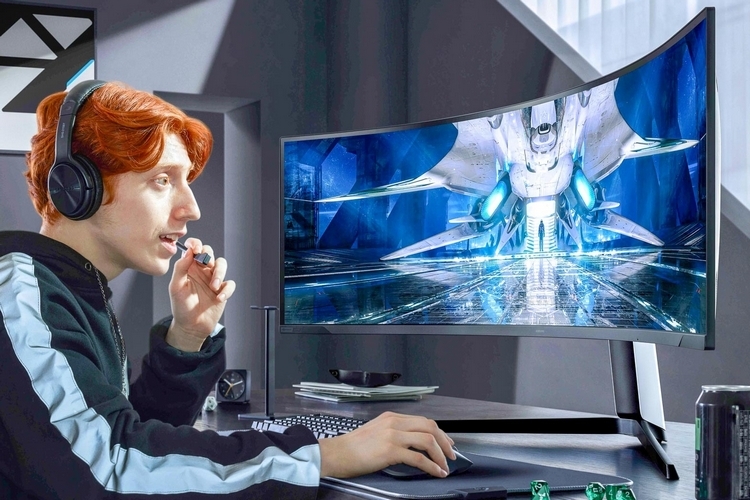 We’ll be honest. We don’t know too many people who game in those giant ultra-wide curved monitors. Then again, most people don’t really splurge on the kind of PCs that can take advantage of all the features those high-end displays have on tap. To the discerning gamer who wants the most immersive experience modern games can offer, though, monitors like the Samsung Odyssey Neo G9 exists.

The next generation of 2020’s Odyssey G9, it’s the first curved display equipped with Samsung’s Quantum Mini LEDs, which enable accurate and sophisticated image detailing while allowing more precise control of the panel’s backlighting. The outfit says, it delivers spellbinding visual quality, allowing you to enjoy your favorite AAA titles at the highest graphics setting in their full glory. 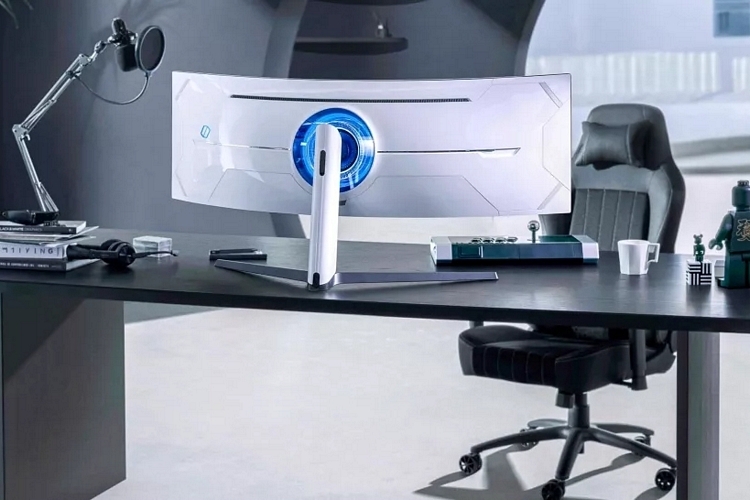 The Samsung Odyssey Neo G9 curves around your field of view with its 49 inches of display real estate, allowing you to fully immerse yourself in game visuals, whether you’re piloting a huge airliner in Microsoft Flight Simulator, dodging enemy spacecrafts in Warframe, or watching hundreds of tiny soldiers march across the screen in Total War: Three Kingdoms. It boasts a 240Hz refresh rate with an ultra-fast 1ms response time, so everything pops up on screen in an instance, with as little delay as possible, while Nvidia G-Sync and AMD FreeSync Premium Pro support ensures a smooth visual experience, regardless of the GPU you’re using.

The 49-inch display has a 32:9 aspect ratio and a dual QHD resolution, making it the equivalent of two 27-inch displays with 2560 x 1440 resolution sitting side by side, while HDR2000 gives it the highest HDR levels available in a gaming display, allowing it to provide a level of brightness (2000 nits, which doubles the maximum brightness of its predecessor) that lets you see the smallest details even in dimly-lit scenes.  It has a 1000R curve, by the way, which perfectly matches the curve of the human eye for maximum immersion with the minimum of eyestrain. 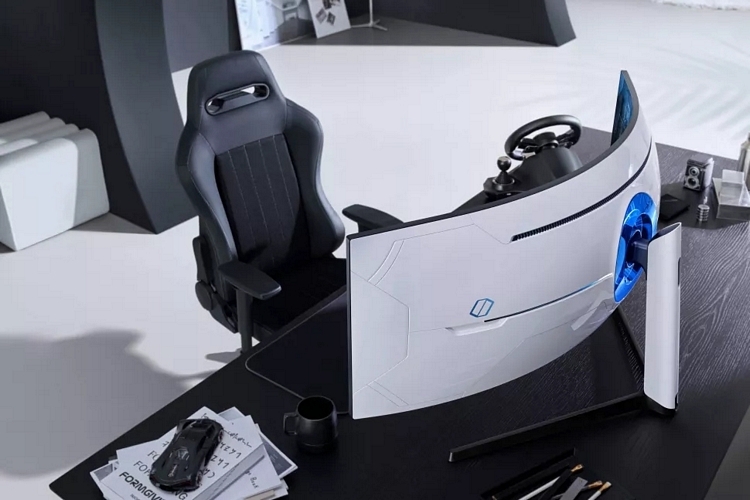 The Samsung Odyssey Neo G9 has all the small niceties in modern monitors, such as picture by picture (display from two sources side by side), picture in picture, and even place multiple sources in custom-sized windows. There’s also automatic source switching that prompts the monitor to switch to a new source as soon as it turns on for greater convenience, while the stand allows for swivel, tilt, and height adjustment for customizing how it wraps around your periphery. 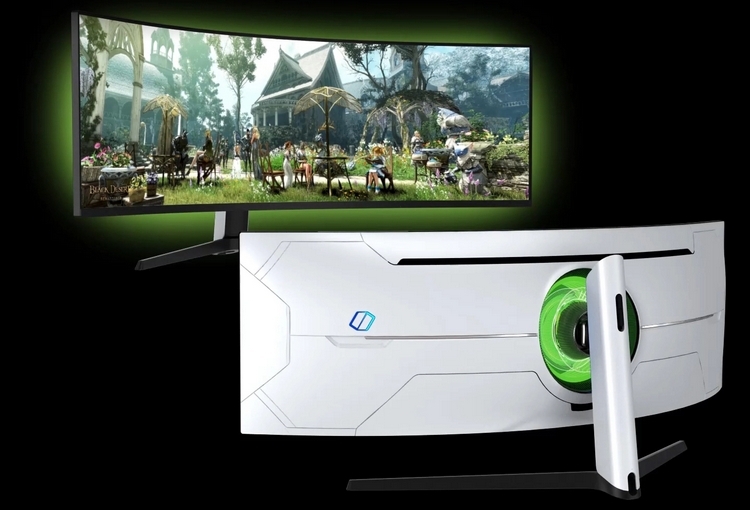 Just like its predecessor, the back of the monitor is equipped with ambient lighting in the back, which changes to match the colors in your game, making it feel like your game is leaking out of the borders of the display. Other features include a 178 degree viewing angle, a 1,000,000:1 contrast ratio, full compatibility with VESA monitor arms, and a generous range of connection ports (two HDMI inputs, a DisplayPort slot, and two USB 3.0 ports) that, the outfit claims, can be easily accessed from the front.