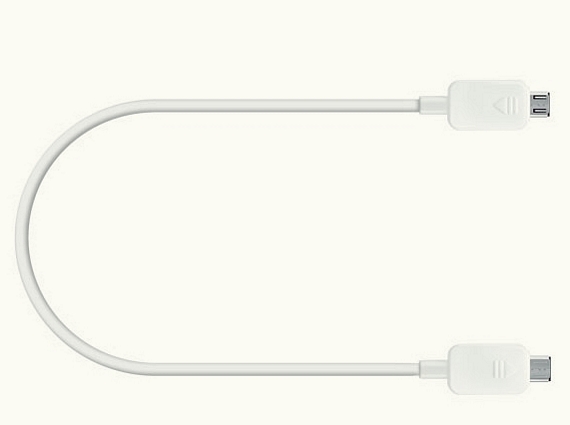 At long last, someone made a cable that lets you draw power from one mobile device to another via microUSB.  That’s right, no more relying on external batteries or scrambling to find an outlet when your phone drains at an inopportune time.  Just ask someone with a freshly-charged phone if you can siphon a little of their juice using the Samsung Power Sharing Cable.

The catch?  It only can only draw power from Samsung’s mobile devices.  Even worse, it will only work their newer phones and tablets.  Any gadget with a microUSB slot (every modern phone except Apple’s, smartwatches, Bluetooth headsets, fitness trackers) can charge, though, so that’s a plus.  Better start making friends with anyone who uses a Samsung Galaxy device at work or something. 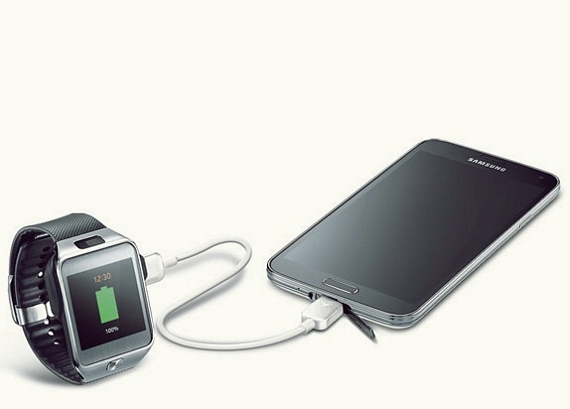 To use the Power Sharing Cable, simply plug the end with the arrow pointing outward on a compatible Samsung device and the other (with the arrow pointing inward) onto whatever you want to charge.  Once that’s done, charging will immediately commence.  Don’t want people to drain too much of your charge?  Not a problem, since it comes with an accompanying app that lets you set how much juice you’re willing to give away, allowing you to control exactly how much charge you’ll have left after letting Howard from Purchasing get enough power to survive the night.

Priced at $19.99, the Samsung Power Sharing Cable seems like a no-brainer of a purchase if you use a compatible Samsung phone and, occasionally, feel like being charitable with your battery life.  It’s available now.