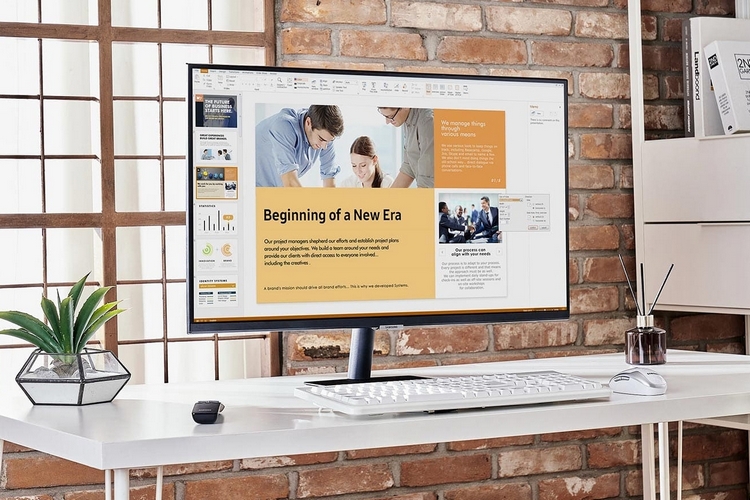 Some monitors are meant for productivity. Others are fashioned for gaming. Whichever the case, though, all of them are designed to hook up to a computer to realize their actual potential. The Samsung Smart Monitor M Series keeps itself functional even without hooking up to a desktop or laptop.

Just like any monitor, the display can hook up to your work laptop, gaming desktop, or whatever other computer you have at home to serve as a display for whatever software you’ve got running, as well as hook it up to game consoles, Blu-ray players, and other electronics with integrated HDMI connections. Unlike others, however, it’s billed as “the world’s first do-it-all screen,” as it boasts a variety of features that allow you to use it even without a proper PC anywhere in sight. 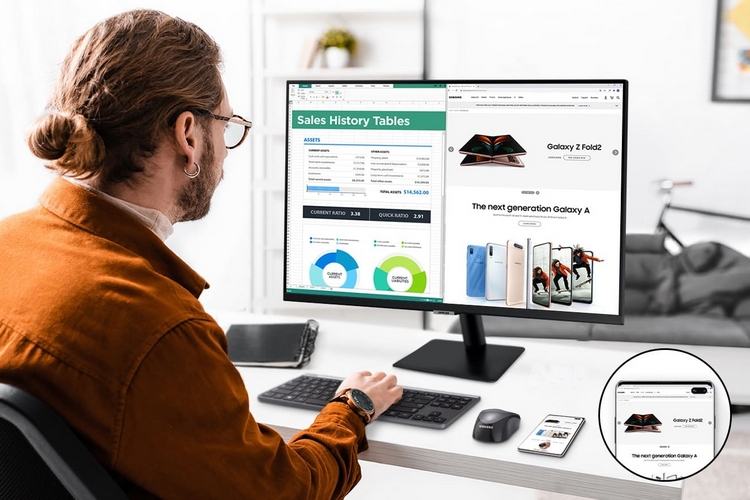 The Samsung Smart Monitor M5 Series comes in two sizes: 27 inches and 32 inches, either of which pushes the upper limit of what most people prefer in a workspace display. Each one has a 1920 x 1080 resolution, 16:9 aspect ratio, a 3000:1 contrast ratio, and a 178 degree viewing angle, so it’s probably on par with most monitors you’ve used. It also gets HDR support (HDR10) and 16.7 million colors, so you can use it for multimedia projects, as well as an 8 ms response time and a 60Hz refresh rate, making it perfectly viable as a gaming display. Basically, it’s the kind of display you expect to see in most workspaces and home offices.

What makes it special, of course, are the things that don’t quite come standard in other monitors. That includes wireless DeX support for use with select Samsung phones and tablets, allowing you to use your phone like a mini-computer, complete with mouse-and-keyboard support for a desktop-like experience running nothing but smartphone apps. This allows you to use a monitor, along with standard PC peripherals, when typing up documents on a mobile word processor, browsing the internet on a mobile browser, or watching videos saved on your phone. 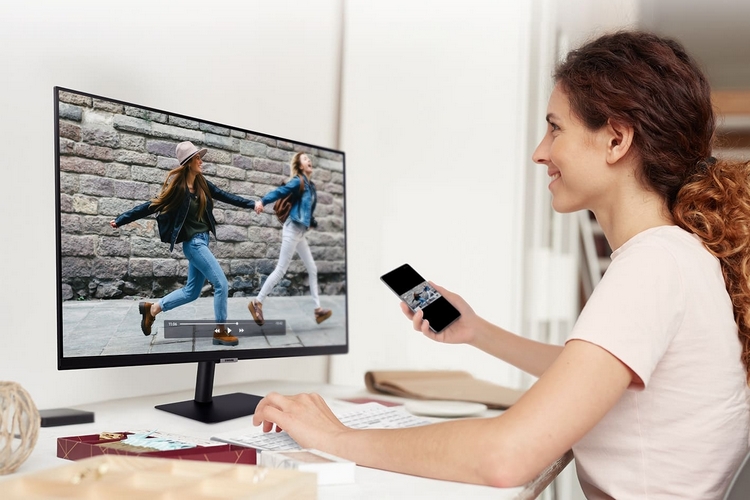 The Samsung Smart Monitor M5 Series also comes with Microsoft Office 365 built-in, allowing you to create, edit, and read a variety of documents with neither a PC nor a smartphone. It also has remote access software, which you can use to remotely log in to your office computer, essentially allowing you to get stuff done from home even with your work desktop safely lodged under your desk at the office (provided, of course, that desktop is turned on and connected to the internet). 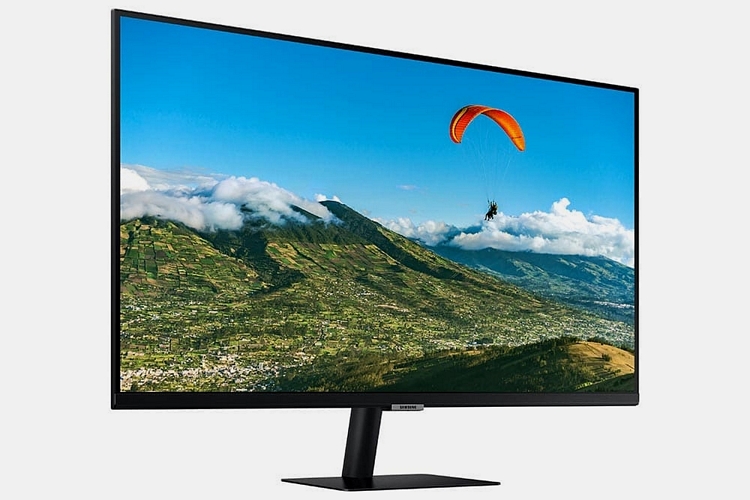 The monitor actually runs a full build of Samsung’s Tizen platform and its complement of entertainment apps, allowing you to use a whole load of services just like a regular smart TV. And yes, it has built-in two-channel 5W speakers and a bundled remote, so it can function much like a regular TV, albeit without access to an OTA TV tuner. Other features include a 21:9 mode that you can easily switch to when watching sports broadcasts or playing video games that require a wider field of view, adaptive picture that adjusts brightness automatically based on ambient light settings, and support for Samsung’s Bixby voice assistant.