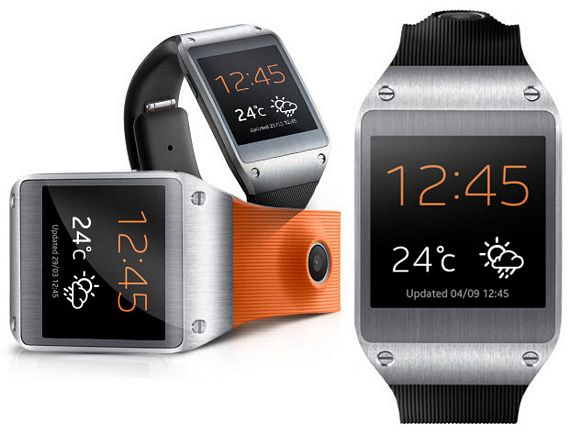 Been holding out on getting a smartwatch until the big companies get in on the action?  While we’re yet to see Apple’s take on the wearable gadget (and, let’s be honest, that’s what everyone is waiting for), Samsung has unveiled their first foray into the category in the form of the Samsung Galaxy Gear.

Sporting a relatively underwhelming design, it’s far from the hottest timepiece you can strap around your wrist.   If you can embrace the aesthetics, though, then the functionality just might sell you over. 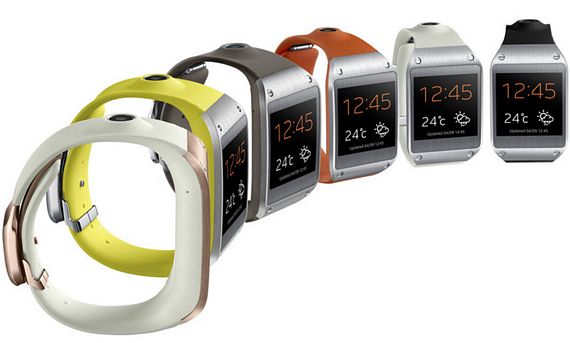 As expected, the Samsung Galaxy Gear will pair with Samsung phones and tablets to deliver notifications straight to the device’s 1.63-inch Super AMOLED touchscreen display.  It comes with a built-in speaker and mic for hands-free calls, as well as support for Samsung’s S Voice, which lets you place calls, draft messages, create calendar entries, set alarms and more using nothing but voice commands.  There’s also an onboard 1.9 megapixel camera with a BSI sensor for quickly recording photos and videos, which you can share to other websites directly from the watch.   Other details include Bluetooth 4.0, accelerometer, gyroscope, 4GB of onboard storage, an 800 MHz processor and 512MB of RAM.  Disappointingly, the 315 mAh rechargeable battery is only good for a single day of use.

One of the advantages big manufacturers will have over smartwatch upstarts is their ability to attract third party support.  That definitely holds up here, with the wearable gadget boasting around 70 partner programs at launch, including popular titles like Evernote, Path, RunKeeper, TripIt, Line, Vivino, and eBay, among others.