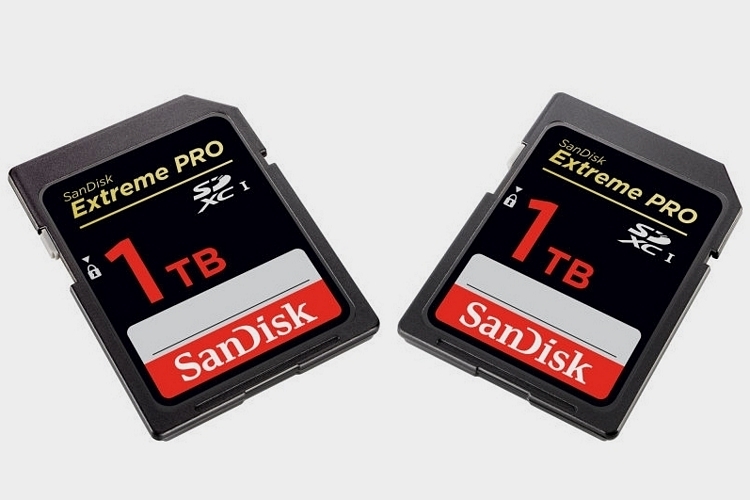 With people recording 4K, 8K, and 360-degree content a whole lot more than ever, SD cards are following suit by cramming higher and higher capacities. How much digital space can you really fit inside a tiny memory card, though? Apparently, a whole lot more since SanDisk just showed off its new Extreme Pro 1TB SDXC card.

That’s right, a full whopping terabyte inside that tiny flat piece of plastic you can easily lose in a field of grass. We’re not entirely sure how many hours of 4K footage you can fit inside that much space, but it should help minimize the need to swap cards for both professional and amateur videographers during long days of filming.

The SanDisk Extreme Pro 1TB SDXC Card is only a prototype for now, which the outfit is previewing over at Photokina 2016 in Germany. For reference, the company also showed off the first prototype 512GB SD card at the same show a couple of years ago and that’s available now for around $800. That means, there’s a good chance this thing can hit the market in a year or two at around the same price or higher. Yep, an SD card that’s more expensive than the camera you’re using.

Learn more about the SanDisk Extreme Pro 1TB SDXC Card from the link below.