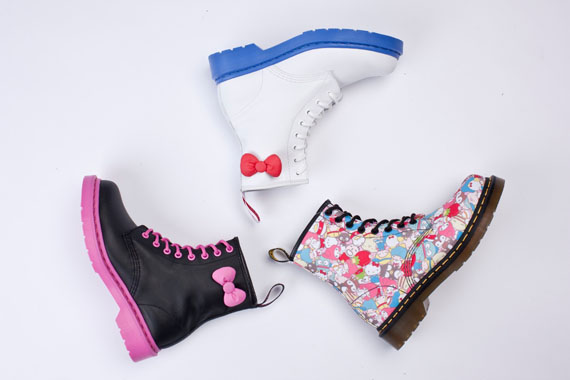 There was a time when wearing a pair of Doc Martens said something about the kind of man you are: hard-nosed, worked with your hands and just a little on the fringes of cultural sensibilities. Say goodbye to that with the Dr. Martens 50th Anniversary Collection, which sees everyone’s favorite 1480 form bathed in Sanrio kawaii.  We’re not kidding.

Yes, the classic 8-eye 1480 boot is getting the unabashed painfully cute treatment from Sanrio. Not just with one, but three different designs that should elicit either an “awwww” or an “ewwww” depending on who’s looking. 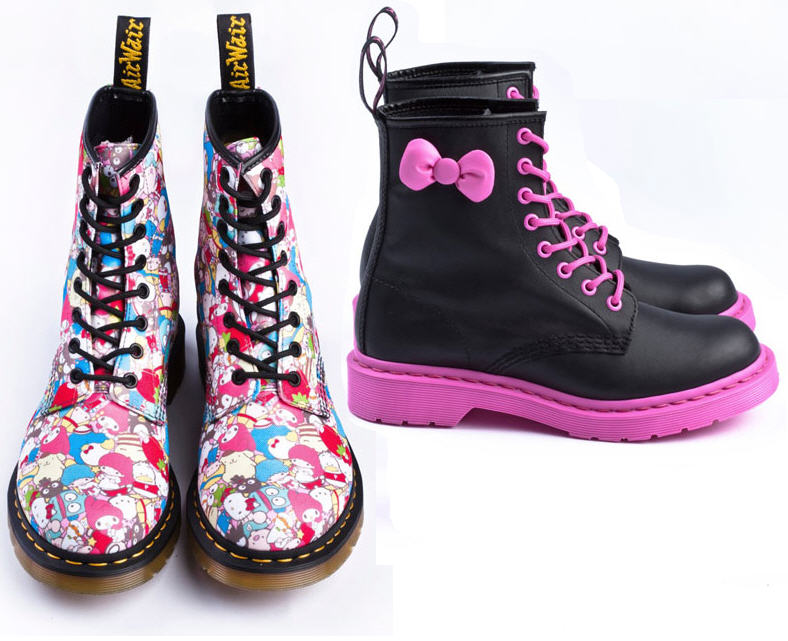 The first sees the boot decked in unending stacks of Sanrio characters, from Hello Kitty, Kero Kero Keroppi, Little Twin Stars,  Chococat, My Melody and every cringe-inducing character from the warped minds of Asia’s premiere purveyor of cute. At least, it just looks like a colorful camouflage from afar. From really, really far. 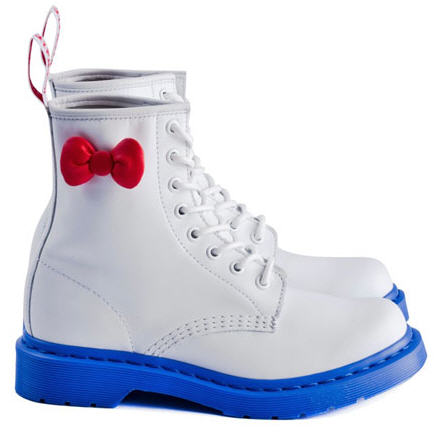 The other two are a bit more conservative, settling for Sanrio colors and an unmistakable molded Hello Kitty bow right near the top of the shoes. It comes in black with pink soles, laces and bows, as well as white with blue soles, white laces and red bow. There’s supposedly Mary Jane straps with the same bow designs too, but we couldn’t find pictures.

No pricing nor exact release date were announced. Since this is a limited edition, though, expect the Sanrio x Dr, Martens collaboration boots to retail for a little higher than regular 1480s. Way to celebrate a 50th birthday, Docs – act like you’re regressing in age!