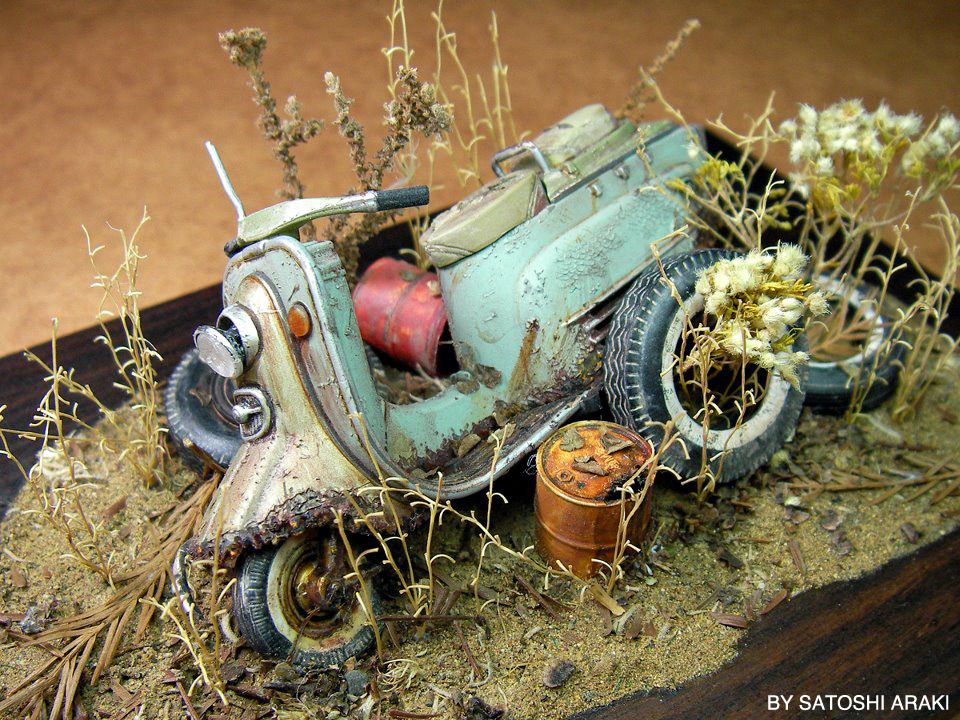 While war-ravaged cityscapes may not make for the most picturesque scenes, they can serve as interesting sights for the curiously fascinated. Fascinating is definitely an apt word to describe Satoshi Araki’s miniature dioramas of cities in ruins.

Not content with creating miniature cityscapes, the Japanese artist literally distresses every miniature element in his creations, turning out dilapidated buildings, rusting vehicles, and crumbling infrastructures ravaged by both man and nature. They’re exceptionally detailed, too, down to the random items of garbage littering the city streets.

For majority of the structures, Satoshi Araki uses Styrofoam board, which he individually cuts, paints, and glues into elaborate dioramas.   For the vehicles, though, it seems like he uses pre-made vehicle kits, which he proceeds to beat up and rust using a variety of tools. According to the artist, he uses Google Image Search as a primary research source, looking at results for search queries about cities ravaged by war and urban decay. He makes faithful recreations of selected images down to tiny details, such as soda cans bearing Arabic labels for a diorama of a bomb-ravaged street corner in Baghdad and newspapers with actual text and images.   Some of the creations combine fantasy with the dioramas of ruins, such as one with a Batmobile patrolling a dingy alley in Gotham and a street being terrorized by a giant Pikachu. Seriously, a giant Pikachu. 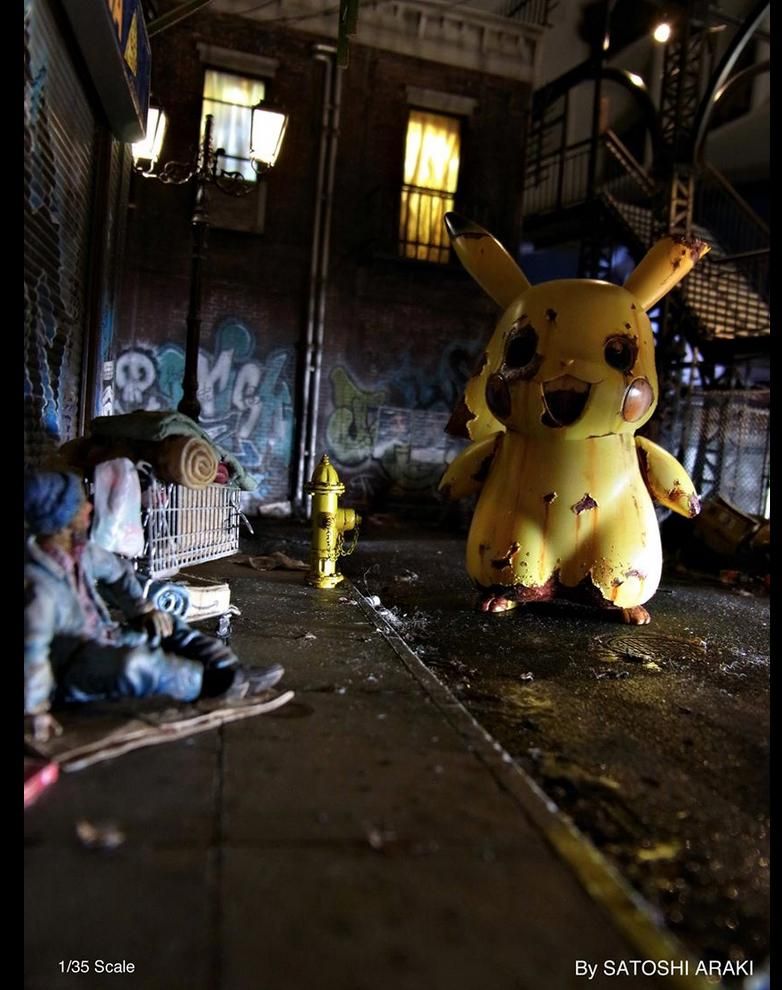 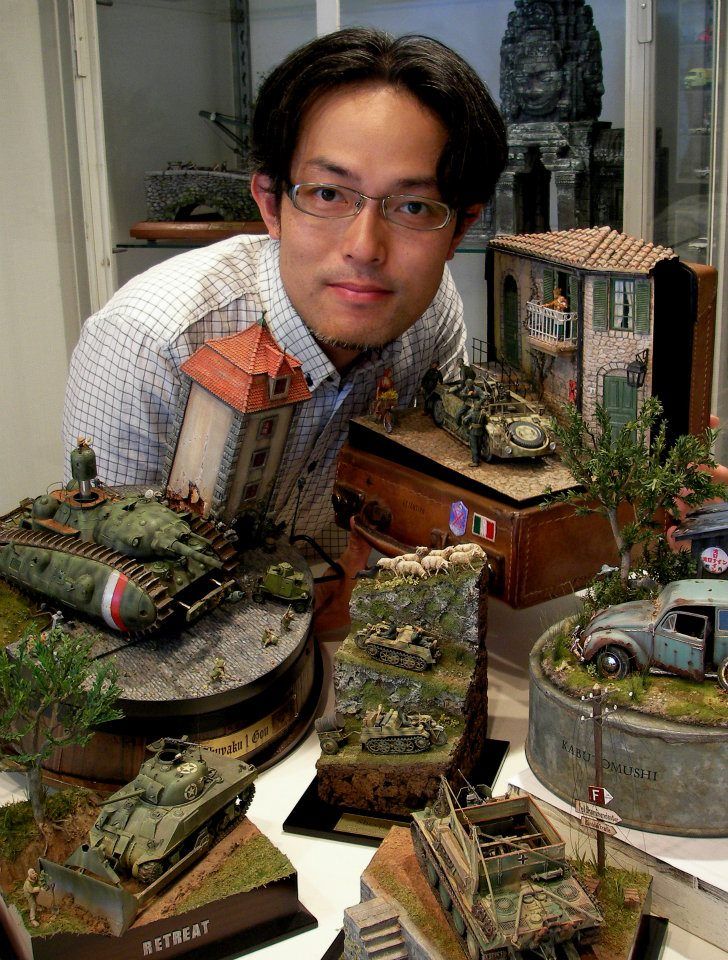 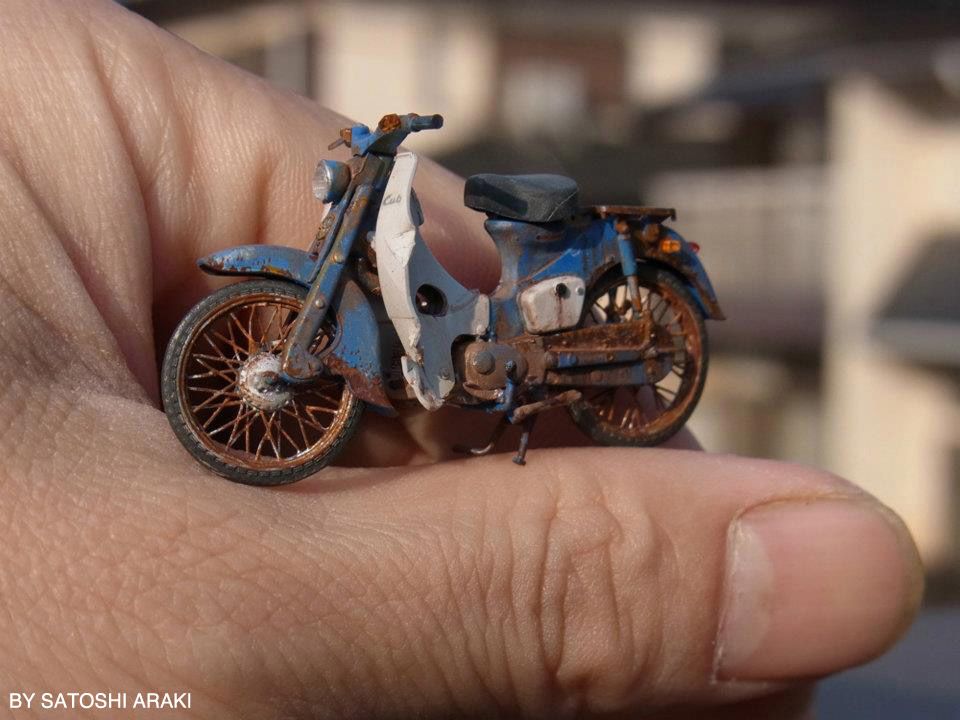 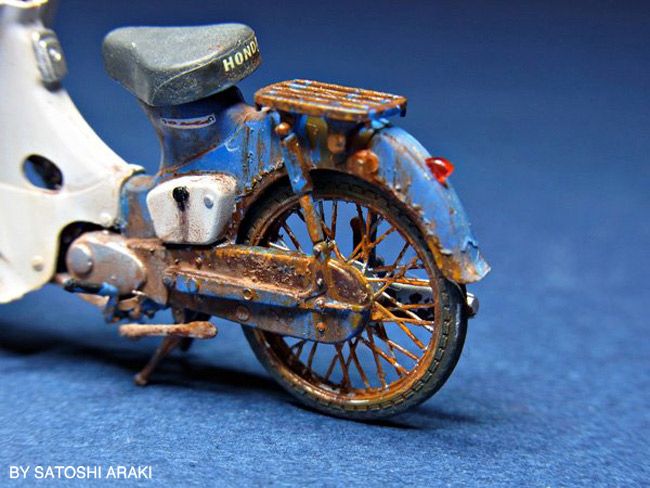 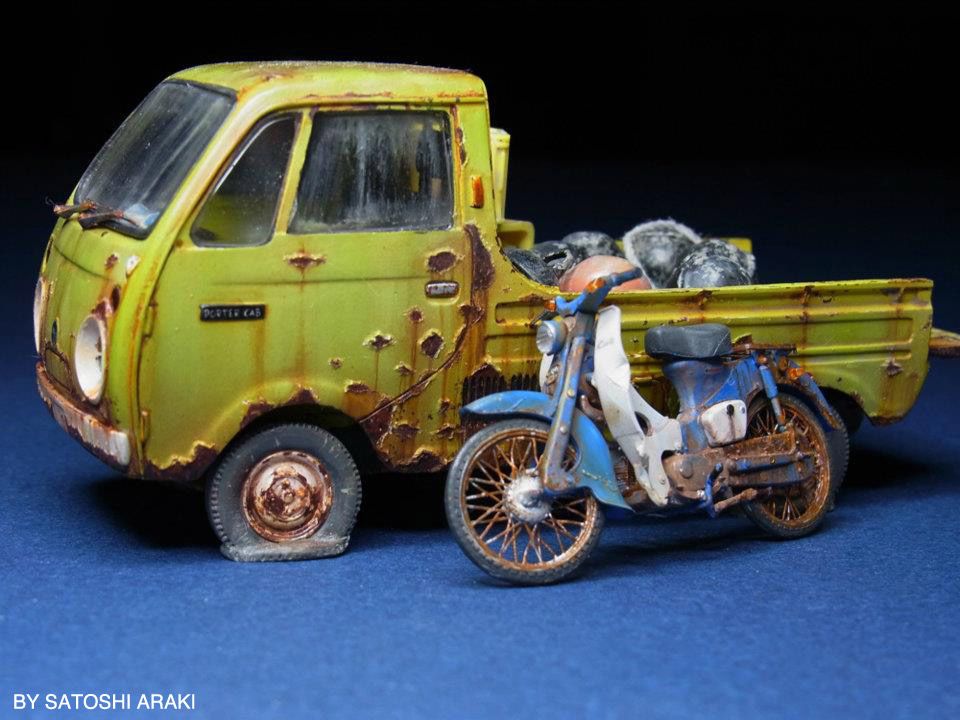 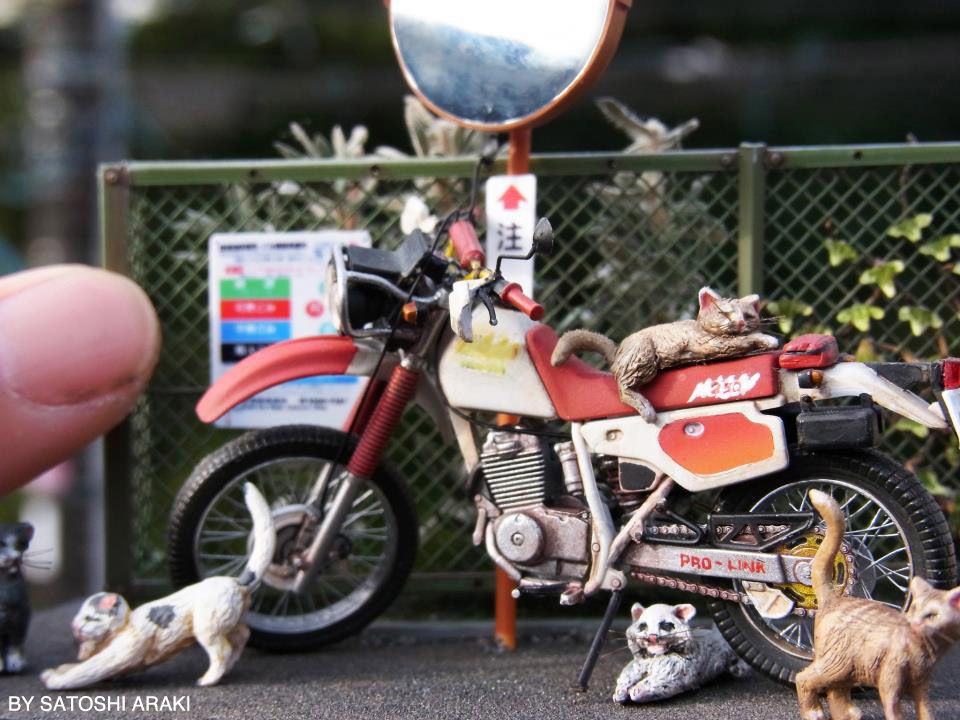 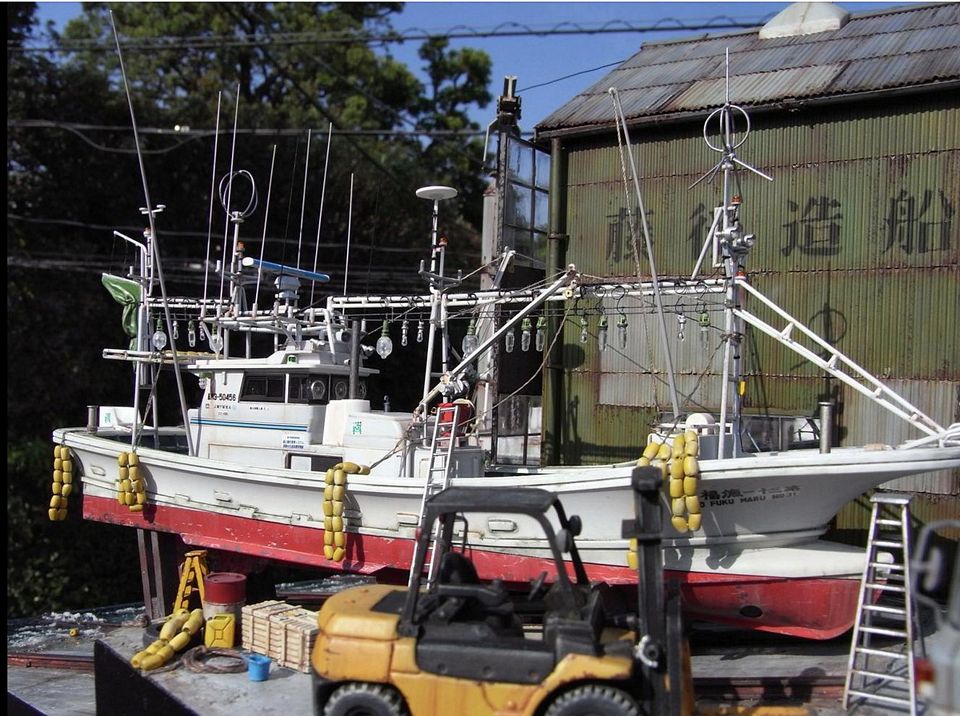 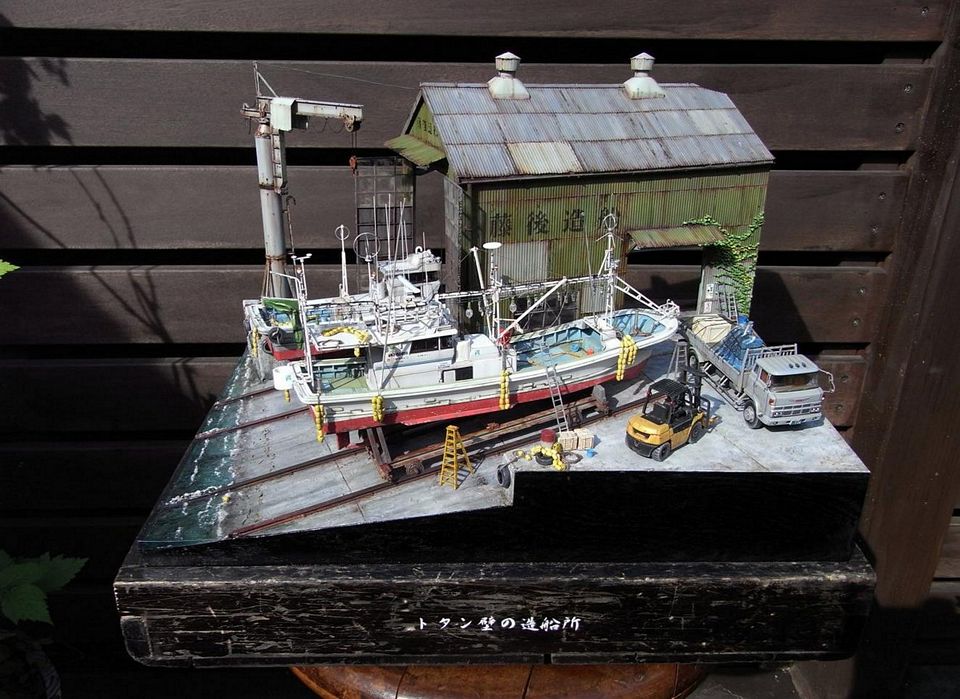 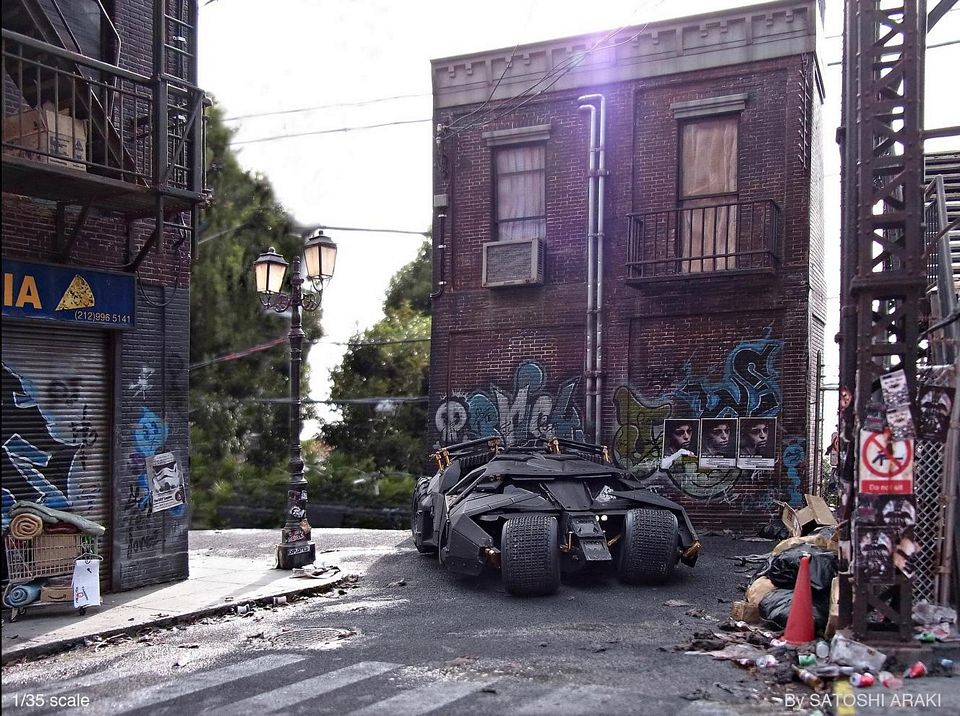 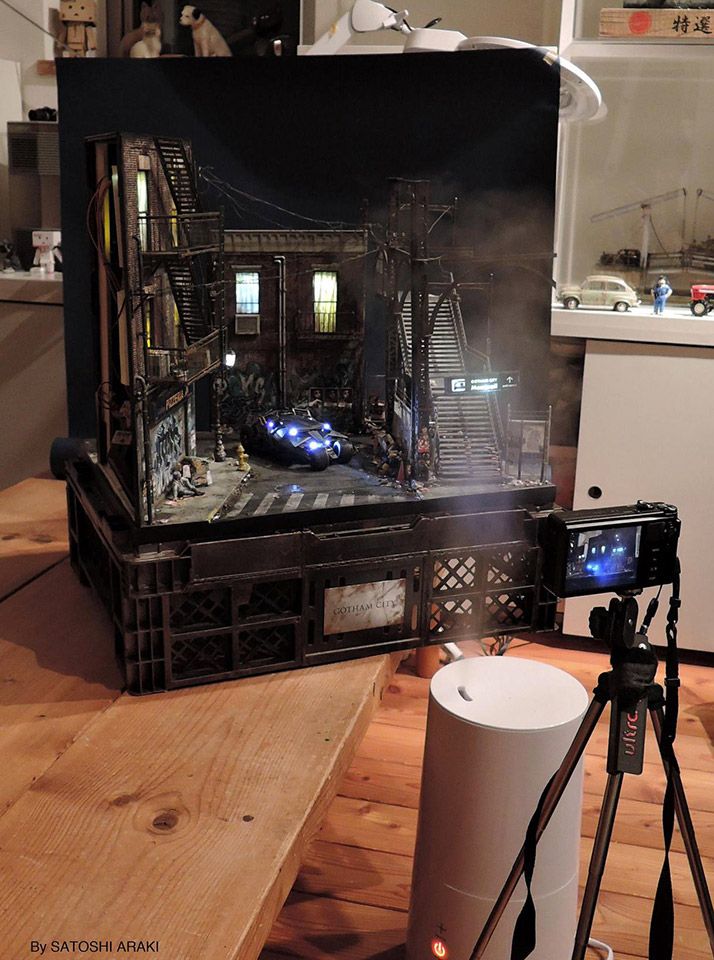 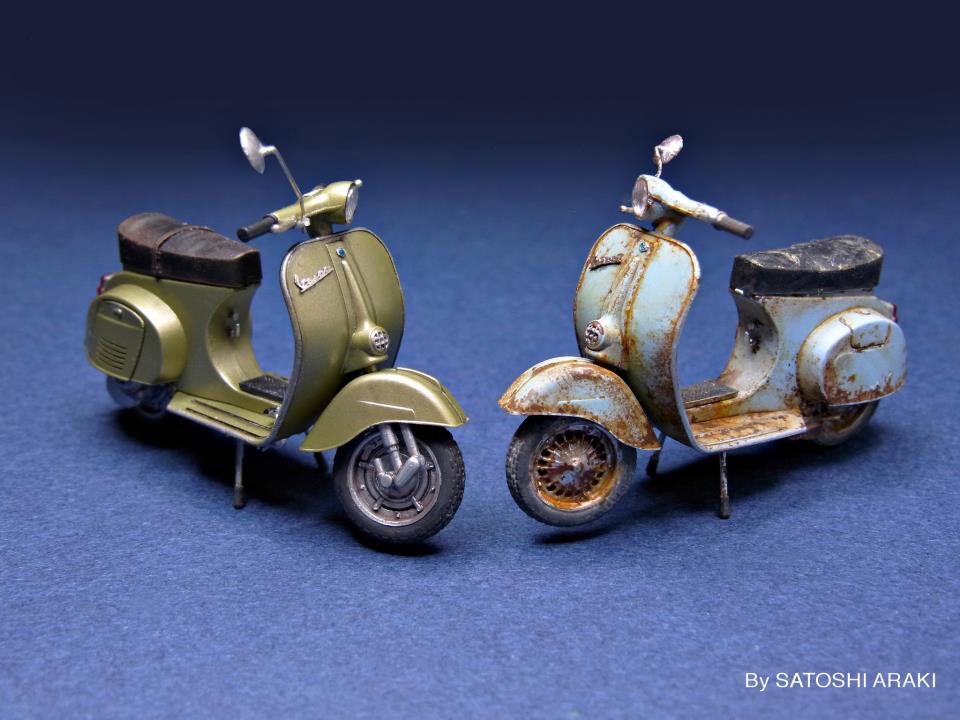 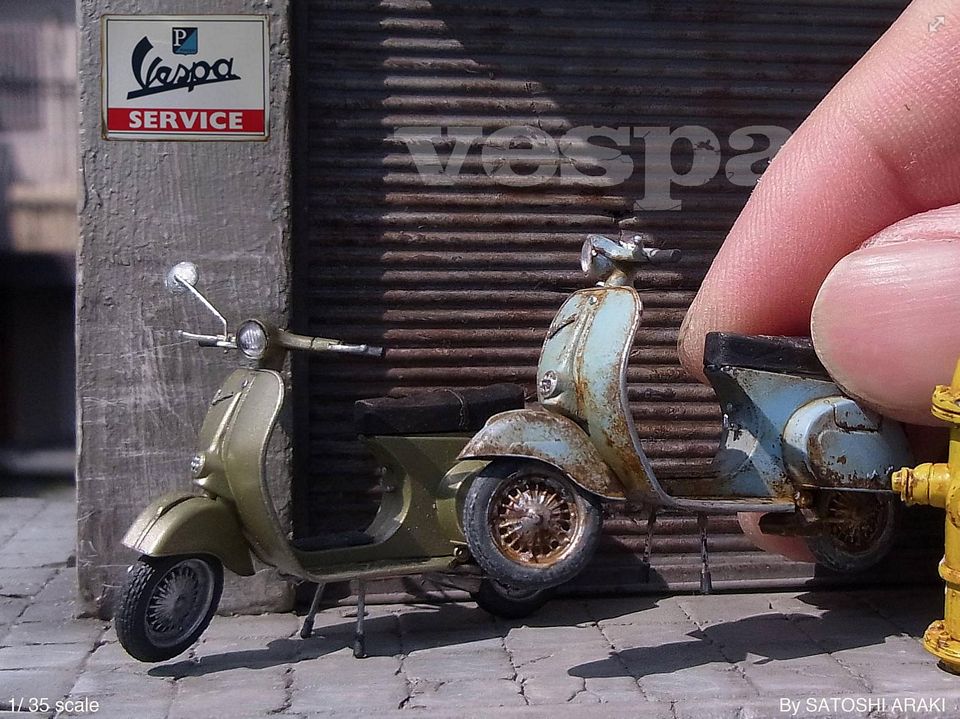 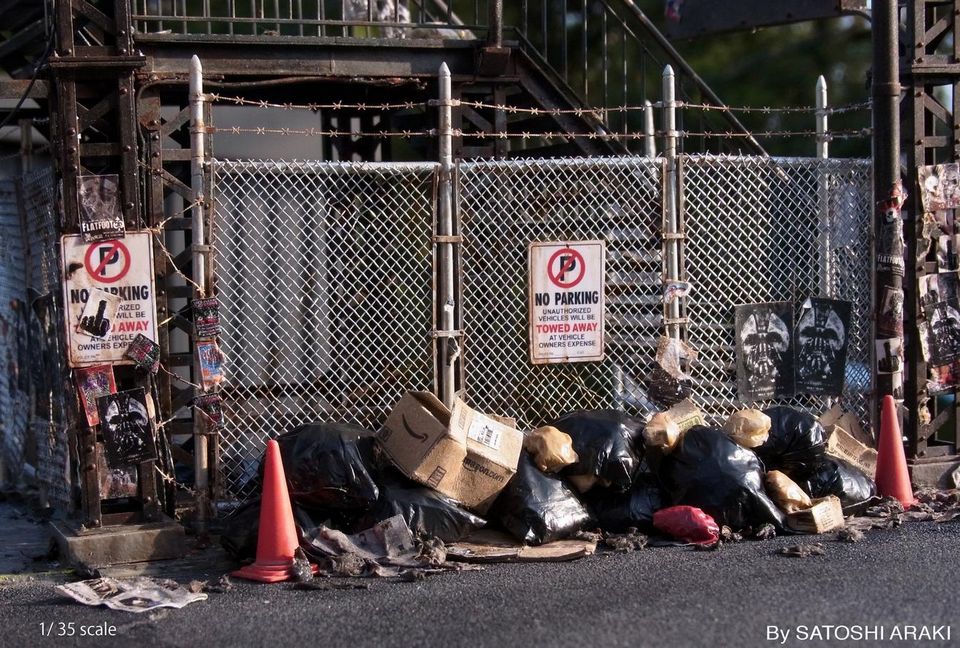 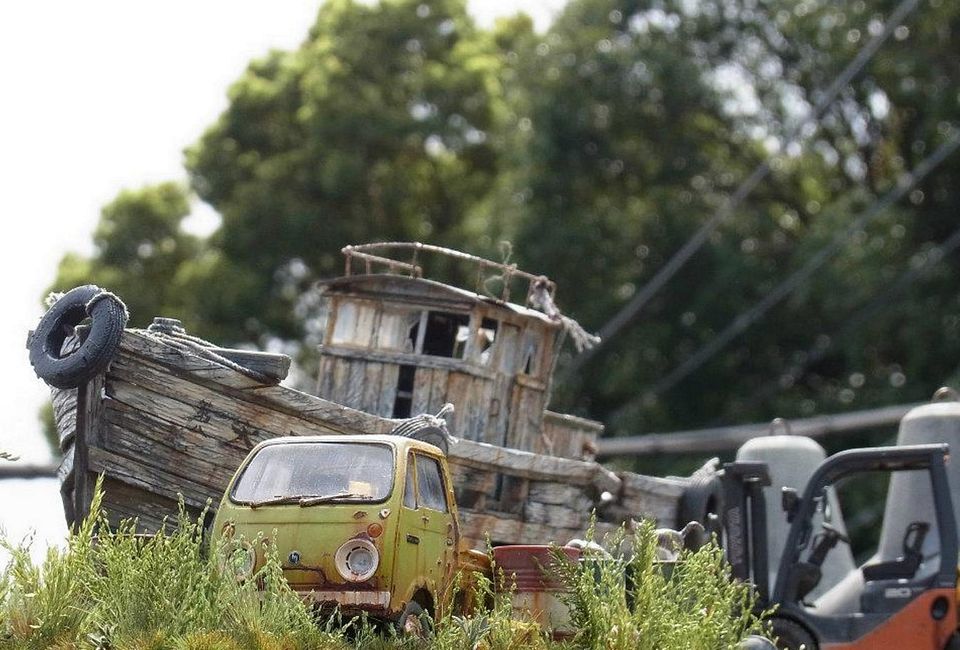