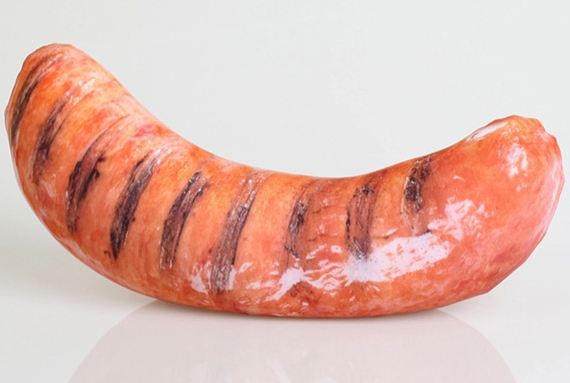 There’s no shortage of pillows that look like food.  From candy bars to bananas to hotdogs, they exist.  But, darn it, if this Sausage Pillow isn’t the most realistic-looking hunk of greasy meat that’s actually just a cloth bag filled with stuffing ever made.  It looks positively delicious.

Made by Beloved Shirts, this thing genuinely looks like it belongs in a plate, rather than a bed.  Except it’s sized like a real bolster pillow, so we doubt there’s a real plate in the world big enough to fit it.  Heck, your grill probably won’t be able to handle it either, so if it was real sausage, you’ll have to slice it up to actually do some cooking, which just kind of sucks. 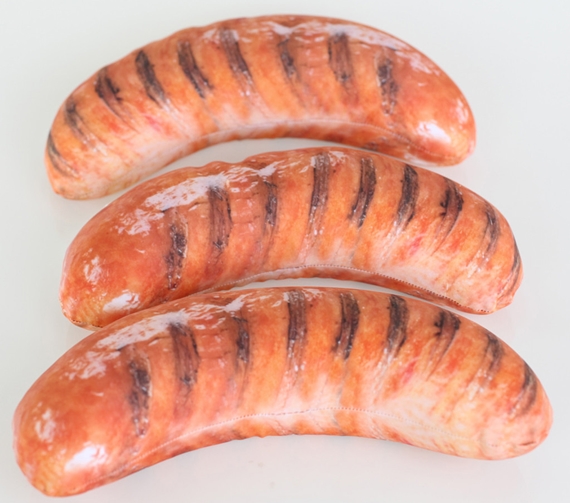 The Sausage Pillow is printed using a special sublimation technique that allowed them to produce the kind of vivid image that makes the whole thing so realistic.  And, man, is it realistic!  Look at all the grease on that pig – I think I can get fat just sleeping with this thing next to me.  Pair it with a French Fries Bed and your life will be complete.

The sad part?  The Sausage Pillow is currently listed as “SOLD OUT” on the official website.  We doubt there won’t be another run, though, because mankind deserves more bolster pillows that look like gigantic, greasy, and freshly-grilled sausages.  Yes, we do.