Scalevo Wheelchair Can Climb Up And Down The Stairs 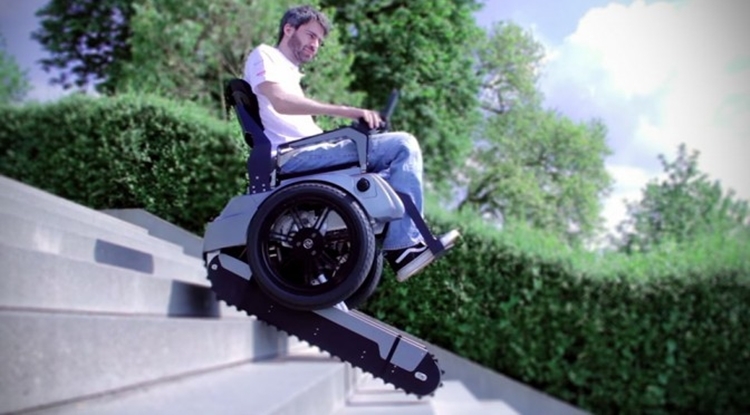 Currently a prototype, the mobility device gives its users the ability to climb up and down the stairs, all without requiring assistance or getting out of the wheelchair. That way, you don’t need to find a ramp in order to enter a facility – just use the stairs like everybody else and get on with your day. 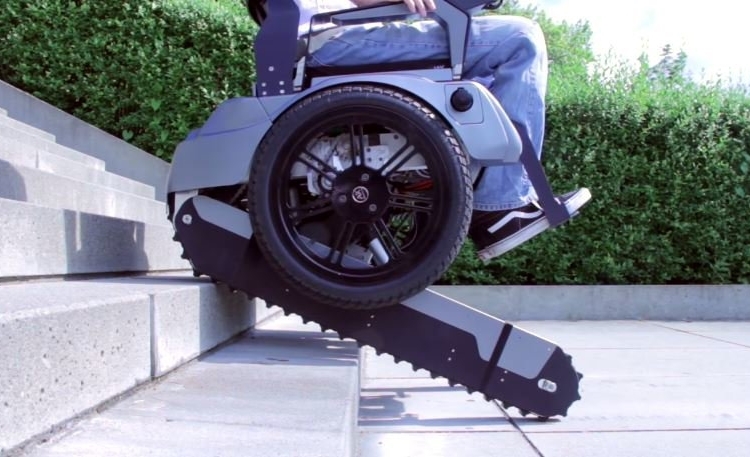 The Scalevo is an erstwhile regular-looking electric wheelchair, which you can use to move around at the push of a button. Rather than simply running on level ground, it comes with retractable tank-like treads that you can deploy when climbing a flight of stairs, which it uses to move the user smoothly both upwards and downwards. To use the feature, the user drives up to the stairs (with their backs turned to climb up and facing the stairs to climb down) and push a button, causing the treads to pop out and plant themselves on the steps. After that, the chair is lifted up at an angle and kept level, as it uses the treads to crawl over the steps. An extra pair of wheels pop out at the final step to provide a smooth transition as the chair lands back on level ground.

Originally developed as a student project last year, the Scalevo has seen continued development throughout the year. The team is planning to enter it in next year’s Cybathlon, a sporting competition for people with disabilities that use bionic technology.