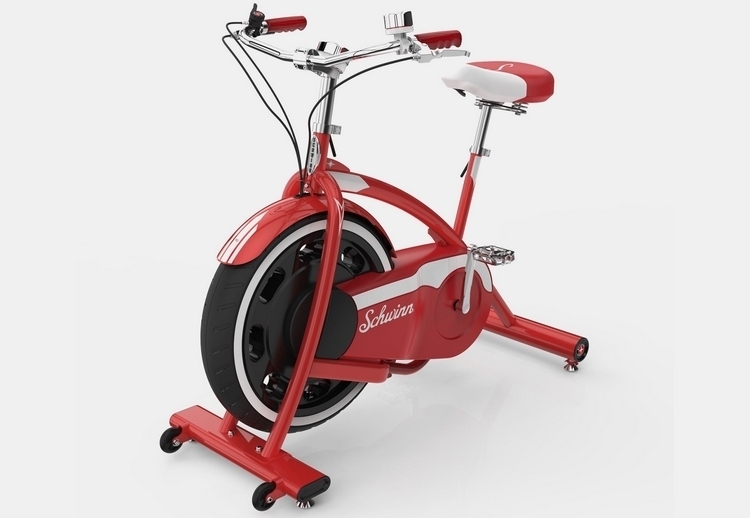 Beach cruisers aren’t exactly the most popular bicycles for city use, since they weigh heavier and ride slower than most modern road bikes.  That doesn’t mean their stable stance, ease-of-use, and retro charm doesn’t have its share of fans, of course. It’s just they’re more for a casual ride along the boardwalk instead of a daily ride for morning commutes.  And, as the Schwinn Classic Cruiser Exercise Bike shows, they make for uniquely charming exercise equipment, too.

A stationary bike, it lets you get your cardio workout on a machine that looks like one of Schwinn’s cruiser bicycles from the mid-1900s. No, it won’t provide a better or worse workout than the stationary bike at the local gym, but it definitely looks a whole lot more banging than your run-of-the-mill exercise bike. 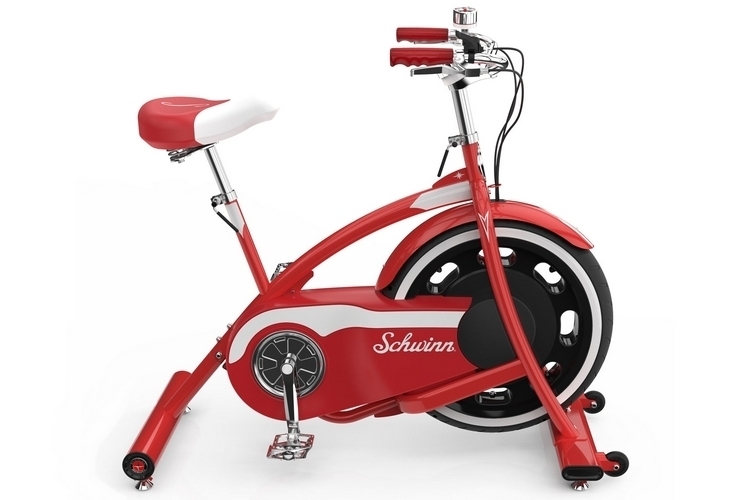 The Schwinn Classic Cruiser Exercise Bike recreates the styling of the classic 50s bike, from that signature handlebar to the colorful chainguard. Seriously, there’s no mistaking it for anything else. It rides much like any exercise bike, so you can sit on the saddle or stand while slamming on the pedal, all while providing seven different levels of resistance. Keep it on the low end if you want a leisurely workout or crank it to the extreme to punish your quads, hamstrings, and glutes.

Functional brakes allow you to quickly stop the bike, all while being more faithful to the original bicycle’s likeness. There’s even a non-functional analog speedometer and a bike bell on the handlebar, making the darn thing look like a legit beach cruiser, while integrated transport wheels let you easily move it around your bedroom or home gym. And, yes, you can just carry it if you want, since it weighs a relatively light 100 pounds. Dimensions are 47.5 x 22.5 x 48 inches (length x width x height), with a frame that can support riders up to 300 pounds. 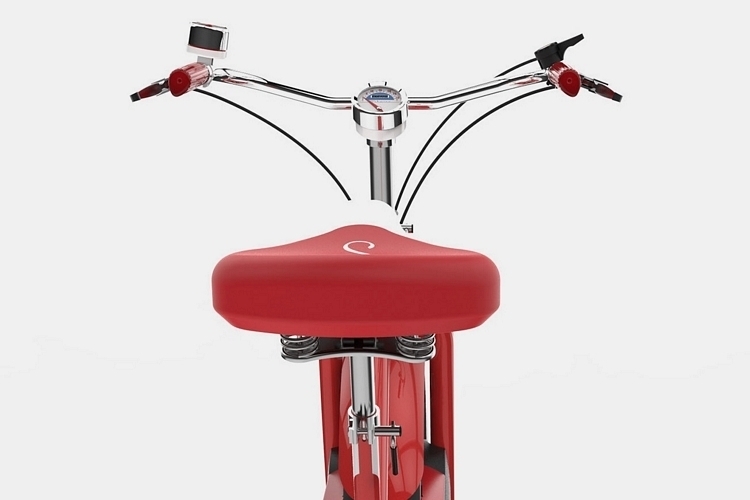 While sporting vintage looks, the Schwinn Classic Cruiser Exercise Bike is as modern as it gets. An electronic speedometer inside the non-functional analog gauge allows you to see your speed in either miles or kilometers, while an integrated media shelf lets you mount a tablet right in front, so you can watch a movie, read a book, or even play a game while getting a workout. Built-in Bluetooth allows you to connect it to the Schwinn Classic Cruiser app, where you can monitor time, distance, calories, and more, giving you a more complete record of each workout. 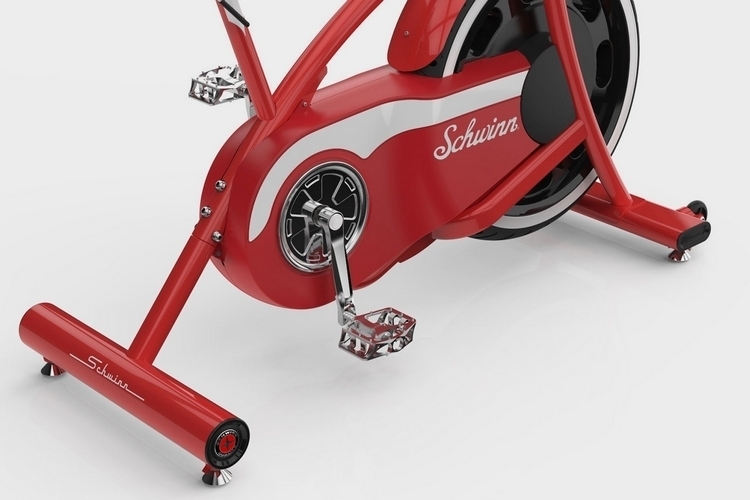 It’s also compatible with popular cycling apps that require nothing more than Bluetooth and a speed sensor, so you can add a whole load of elements to every workout. Schwinn notably points out its compatibility with Ride Social, which supplies dynamic pre-recorded visuals on your tablet, so you can “ride along the sun-drenched beaches of Venice, tour the rustic beauty of Tibet, and enjoy the lush Ireland countryside” while you pedal inside the house.

Want one? The Schwinn Classic Cruiser Exercise Bike is priced at $799.