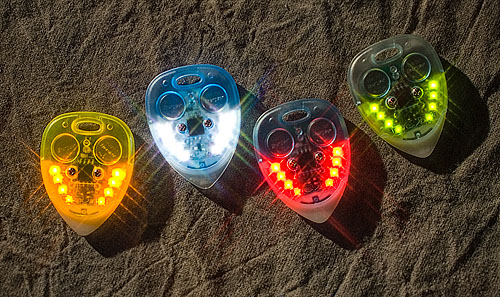 A cooler pick doesn’t make you any better as a guitar player, but it does make your onstage performance look extraordinarily fancy. Turn your acoustic set into a light show with the Light Pick, a translucent plastic accessory fitted with LEDs inside.

Created by Santa Cruz Light Wells (SCLW), the picks come in two main models: the Light Show 600 and the Pro. Both have the blinking LEDs, although the former only does it at a fixed 600 beats per minute, while the latter integrates a visual metronome that blinks the lights according to your chosen beat (any desired tempo from 20 to 400 beats per minute). 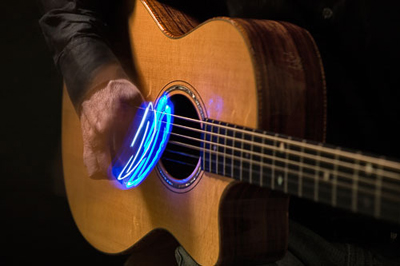 The Light Pick works like a regular guitar pick, with replaceable tips that can be ordered in different thickness sizes. Specially-contoured for the thumb and index finger, it promises both an ergonomic hold and SCLW’s string shock technology, which allows the tips to absorb a large percentage of the string pressure, for comfortable playing.

Of course, the main selling point is the army of battery-powered LEDs fitted inside the body, which lights up at the touch of a finger and turns off when released after 16 seconds. In the Pro version, tapping three times puts the blinking of the lights on hold, while tapping twice changes the tempo.

Priced at $18, the SCLW Light Pick isn’t as cheap as your throwaway sheets of plastic, but it should make every gig you play look more stunning.  Both the case and LEDs can be bought in a variety of colors, giving you plenty of room to play around with the resulting onstage visuals.