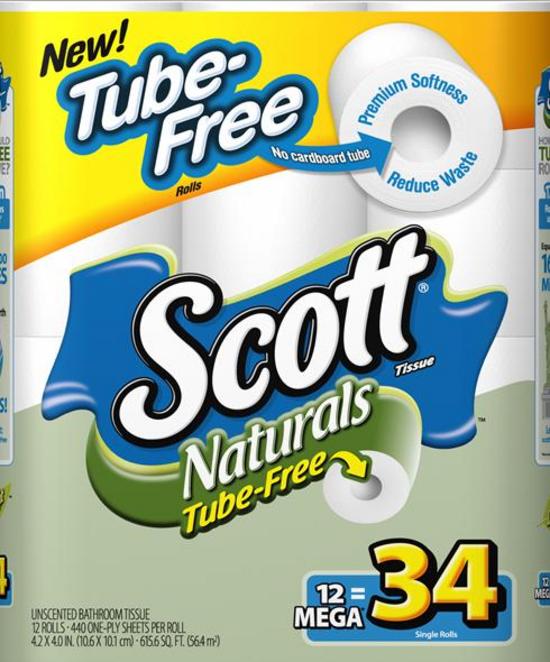 Some products are cool.  Others are just downright magical.  That second one’s the case with the new Scott Naturals Tube-Free toilet paper.  Yes, a roll of toilet paper without a tube in the middle.

Witchcraft?  Voodoo magic?  Alien technology?  We’re not sure which one they really used, but the crazy thing really is bundled in a roll and will supposedly stay that way until you’ve used every last sheet.  Since there’s no tube to throw away, there’s supposedly less waste.  Unless you’ve made a habit of cutting up the tube and using it as extra “wipers” when you’ve ran out of bathroom supplies, of course, which doesn’t make it “waste.”  It makes you: genius.

To maintain the rolled-up shape, the Scott Naturals Tube-Free supposedly uses a “special winding process.”  Again, we’re not sure if that means it was laced with witchcraft, voodoo or alien technology, but it has to be one of those three.

Because they retain the shape of toilet paper with tubes, they can be inserted into spindles like regular rolls.  They’re practically the same in function, too, except these ones will help lessen the 17 billion tubes produced annually in the US alone that account for 160 million pounds of trash.

Sidenote: You can always just use a bidet in your bowls to severely cut TP usage, if you’re really into less waste.  We do concede, though, a jet of water shooting at your unmentionable body parts early in the morning isn’t the most comfortable feeling.

Kimberly-Clark’s Scott Natural Tube-Free toilet paper will go on test sales at Sam’s Club and Walmart stores throughout the Northeast, with plans to expand if market response is positive.