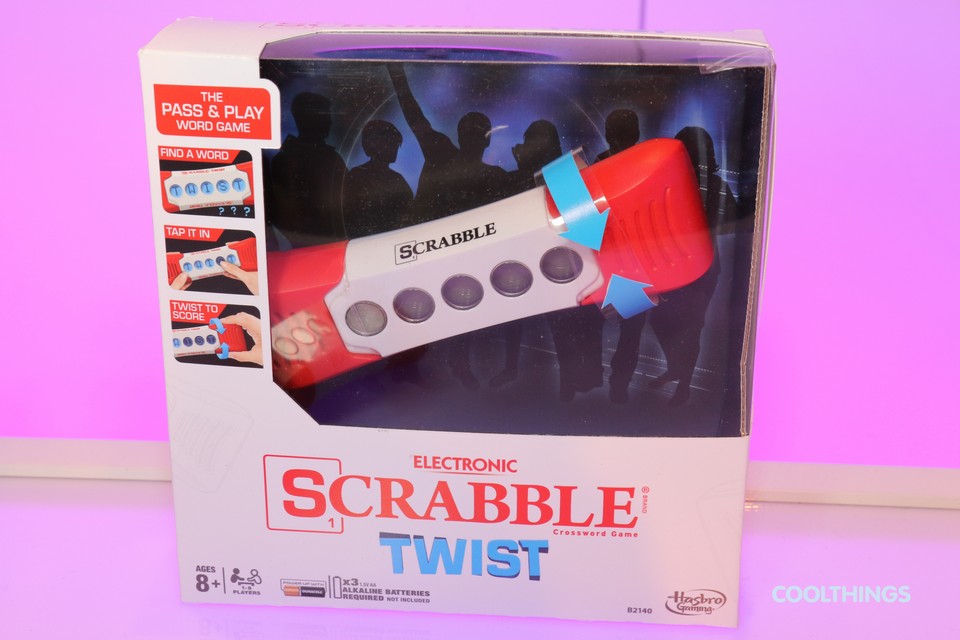 There’s no shortage of Scrabble-like word games available on smartphones, so playing the game on a whim is as easy as pulling out your handset and executing a few taps. If you prefer a break from having to stare at rectangular screens to get your fill of building words with random letters on the go, however, maybe you could pick up a Scrabble Twist, instead.

Made by Hasbro, it’s a Scrabble-like game that uses a dedicated handheld toy for playing. There are no game boards to carry and no small tiles to organize (especially none as big as this), so it’s just as convenient as an app version of the game. Simply whip it out every time you get an urge to play and begin putting together words to your heart’s content. 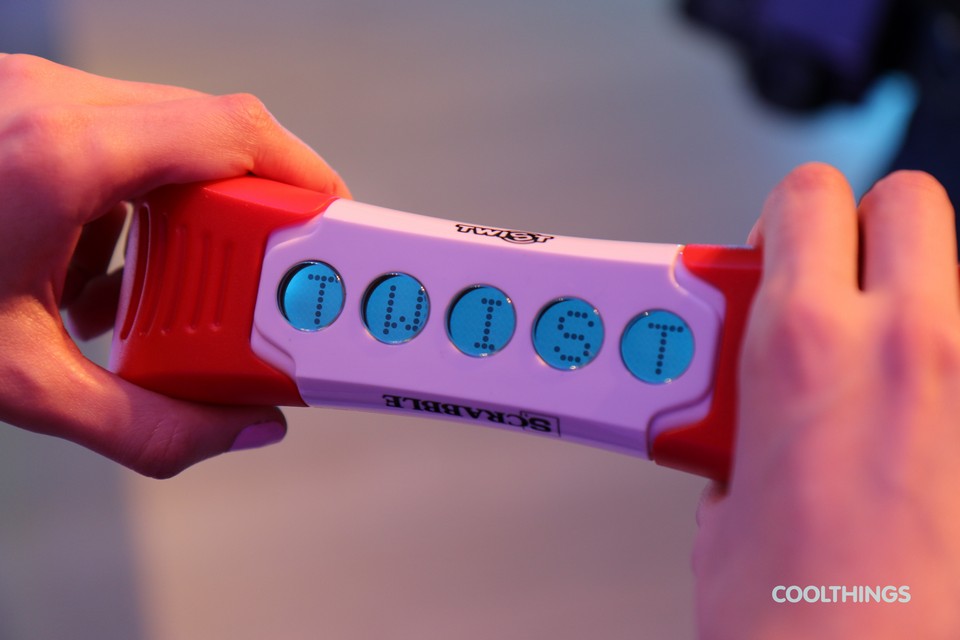 Similar to the original game, you use Scrabble Twist to build words using letters that appear on the handheld device. It shows five random letters at a time, which you tap one after the other in the sequential order of the word you’re forming. After you’re done spelling out a word, you simply twist the end of the device to finalize it, then pass the toy to the next player. You can form any word between three and five letters.

It comes with three game modes: solo (you just build words under a time constraint), party (up to eight players), and turbo challenge (one on one). Depending on the game mode, each player has either 15 or 60 seconds to complete a word, lest forfeit the turn.

The Scrabble Twist will hit stores in August 2015, priced at $20. Check out the video below.