Screw Replicas, Own A Real Bazooka For The Price Of An iPhone 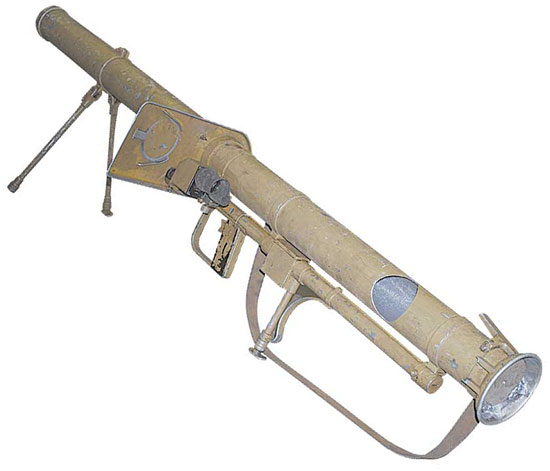 Ack!  Why buy an iPhone 3GS when you can own a 50-year old rocket launcher?  On sale right now at Centerfire Systems are a number of decommissioned Spanish Bazookas that should make a nice addition to any kind of collection.  Heck, I’m buying one and putting it in the middle of my Barbie doll case.  Not that I actually collect Barbies.  Just saying.

Sure, they’ve been deactivated according to BATF specs, so they probably won’t fire even if you slip in an actual rocket grenade.  Who cares, though?  It’s a bruised and battered relic of war.  And it can be all yours.

Each Spanish Bazooka in their inventory measures 70 inches long with a 3.5-inch diameter.  Of course, it’s built in Spain and comes complete with original parts, including the optical sight, eyecup, shield, carry strap and bipod.  Made from aluminum, it uses a two-piece take-down construction and looks heavy as hell.  Suffice to say, if you want to scare off the neighbors, propping this thing up on top of your gate will take care of it.

Sadly, the rocket launchers don’t have their individual histories written down, so you won’t know how many kills have been made on each one (they could all be from faulty production runs, for all I know).  Regardless, you can always make up your own tall tales.  Mine took down three bad guy hiedouts, five tanks and one armored truck back when it was alive.  What about yours?

Whatever new gadget you’re planning to buy for Christmas, I suggest forgetting about it and spending all your money on buying genuine Spanish Bazookas.  At $200 apiece, that new laptop money should let you start your own scary-looking private army.

For some reason, you won’t be able to get your greedy hands on one if you live in California. I wonder why what that is?