Screw The Bank, Put Your Money On The Somali Pirate Stock Exchange Instead 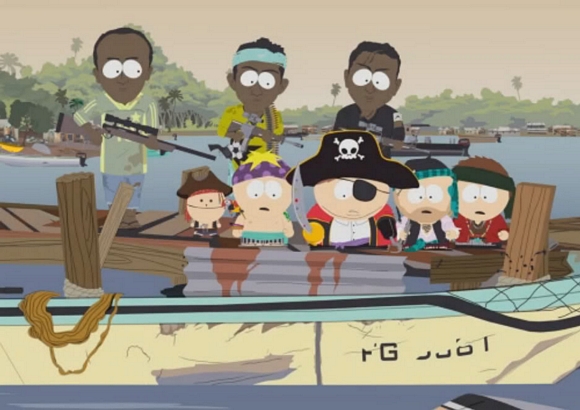 It sounds like a cruel joke, but the Pirate Stock Exchange is as real as it is strange.  Non-seafaring locals in the major pirate lair of Haradheere in Somalia can now invest their money in hijacking activities, getting a small portion of the loot as remuneration for their financial risk.

That’s right.  Somali pirates have successfully turned the felonious acts of terrorizing shipping lanes crossing the Indian Ocean and the Gulf of Aden into a community activity.  With additional resources from landlubbers, they’ve been able to expand operations, taking their lawless hunting further away from shore.

It’s been long believed that the pirates have been financed by money from both wealthy Somalis and morally-bankrupt business folk from other countries.  The Pirate Stock Exchange (which is an unofficial but fittingly proper name), on the other hand, allows less-financially-endowed locals to participate in the investments.  First set up four months ago during the rainy season (when the pirates needed more money), it’s proven to be a lucrative endeavor.

How does it work?  Locals can put in their money with any one of the 72 “maritime companies” registered with the exchange.  Those without money can also invest other useful items, including RPGs and other weapons that the “businesses” can use.  Once the pirate crew you put money on successfully stages a hijacking, those who invested gain a cut of the profits.  Win.

“The shares are open to all and everybody can take part, whether personally at sea or on land by providing cash, weapons or useful materials… We’ve made piracy a community activity,” boasted former seafarer (and now a wealthy mogul of sorts) Mohammed, one of the people behind the bustling Pirate Stock Exchange.  Honestly, I won’t be surprised to begin seeing emails offering investments via Paypal in the future too, not to mention eBay ads.  Sounds like a funny tragedy, doesn’t it?