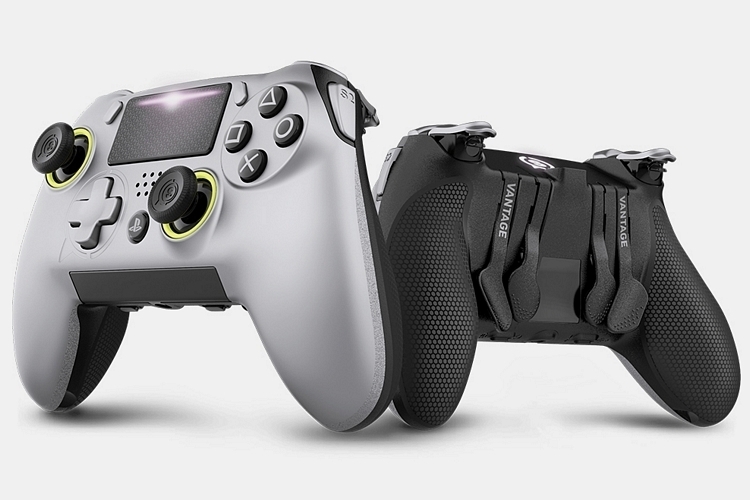 In the ever-evolving pursuit of console gaming supremacy, we’re increasingly seeing gamepads incorporate innovative controls, whether it be trigger paddles, swappable buttons, and variable height thumbsticks. Simply put, people are still experimenting with the best way to squeeze the best performance from their PS4 and Xbox One systems, while companies indulge them with new controller designs. The SCUF Vantage PS4 Controller joins that growing selection of performance gamepads for hardcore console players.

Designed to improve performance and comfort, the device brings every modern innovation we’ve seen on modern console gamepads, all while adding an insane level of customizability. With swappable parts, removable components, and remappable controls, this thing can be tuned exactly to the way you want to play. 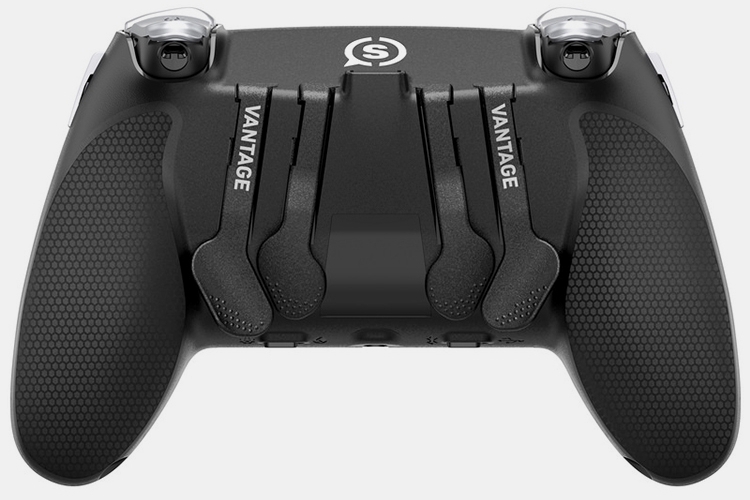 According to SCUF, the Vantage aims to maximize the use of a player’s hands, essentially giving them more ways to perform the actions they want in-game in the most efficient way possible. As such, there’s a selection of stuff here you won’t quite find in a standard gamepad. Chief among them are the two SAX (short for side action) buttons located at each side of the controller, offering gamers a potentially easier-to-reach alternative to the traditional shoulder buttons on top. And, yes, it can be mapped to any of the other buttons, so you can use it shoot, drive, or perform whatever kind of action you want.

Like many controllers aimed at serious gamers, it comes with four paddles in the back that can mimic the function of the action buttons out front, each of which can be mapped to your exact liking. All the paddles are removable, by the way, so you can keep just one, two, or none at all, depending on how you want to play a particular game. 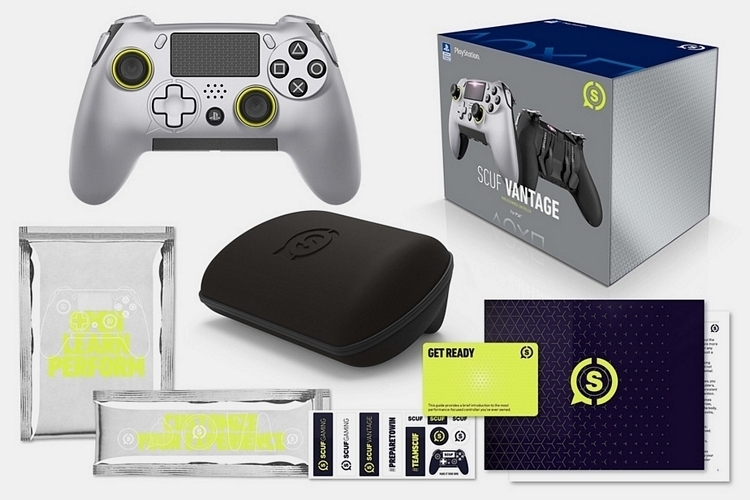 The SCUF Vantage has a removable magnetic faceplate that snaps into place for easy reassembly. Once removed, it allows easy access to all the controls, giving you the ability to quickly swap out parts. Swappable parts include the thumbsticks (use shorter analog sticks to enable quicker movement and longer ones for better precision), the D-pad (you can swap in a Control Disc for easier diagonal movement), and the R2/L2 trigger (different lengths to match a player’s finger size). You can also remove the vibration module if you don’t plan to use it, since that will reduce the controller’s weight in a substantial manner. 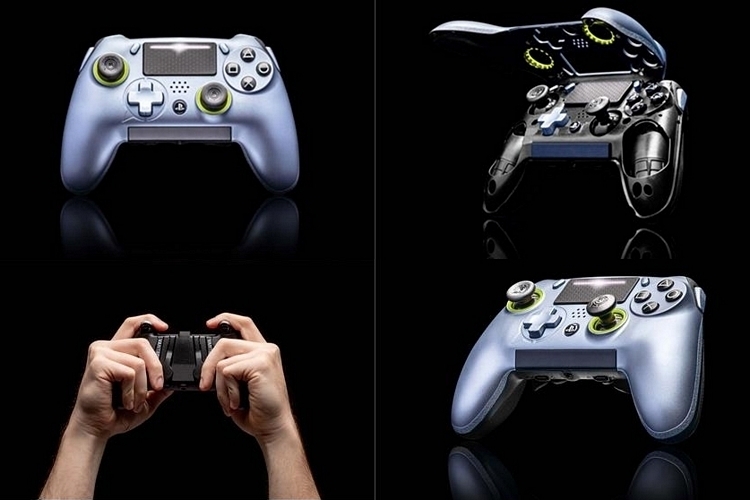 According to the outfit, the triggers come with shift stops to help reduce pull distance, while also allowing for easy adjustment of the tension, so you can fine tune the way it functions to support your preferred gameplay. There’s also an audio touch bar under the D-pad and the right analog stick, which you can use to quickly adjust the volume (swipe right or left) or mute it entirely (single tap). Do note, your headset needs to be plugged in to the controller for that to work.

Available in wired and wireless variants, the SCUF Vantage PS4 Controller is priced at $169.99 for the former and $199.99 for the latter. It’s available now.