Sculpture Showerhead Puts Tentacles On Your Shower, Turns Out Brilliant 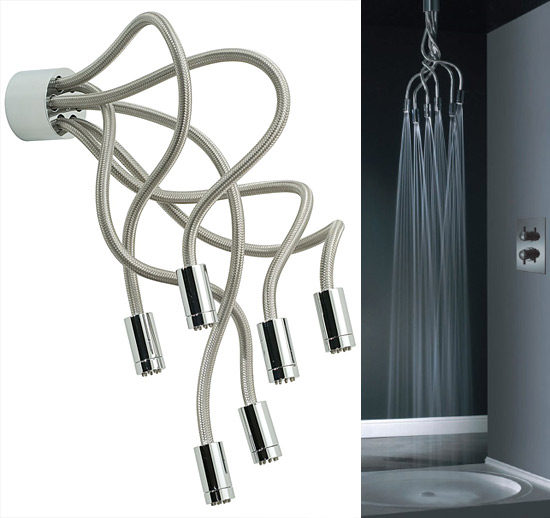 Can you imagine looking up while you’re still half-asleep and seeing that thing?  Ack! It’s a tentacled beast in the shower!  Run for your lives!

Of course, it really isn’t.  It’s just Vado’s new Sculpture Showerhead, an ominous-looking fixture that features six elongated necks with one head each.  For what reason?  To scare you into a fully awake state, of course. 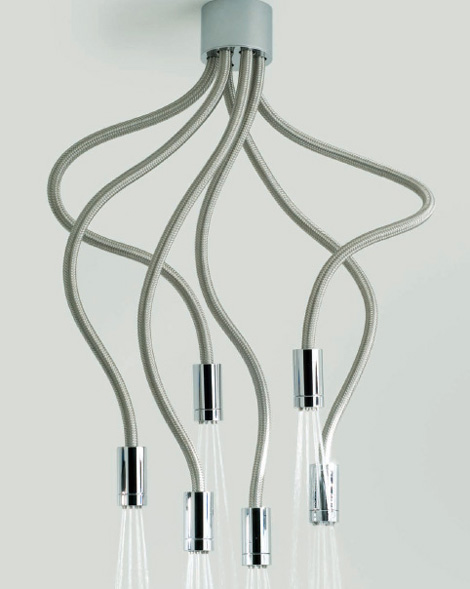 Well, not really.  All six tentacles sport one showerhead apiece, allowing you to customize the way the water is delivered.  You can bend, shape and point it any way you please, making for an infinite amount of personalization that no other shower design has done before it.

The Sculpture can be affixed to the wall or the ceiling (heck, you can put it in the toilet for a six-pronged bidet), with no loss in function.  Screw the $500 ultimate-whatever-shower you installed last week.  Ain’t no way that’s going to offer more customizations than this thing.

According to Vado, the unusually-styled shower piece will look great with any bathroom design, whether modern or traditional.  I bet it looks good even in outdoor showers.  Paint the thing dark green and you’ll look like you’re bathing in snake venom.  How awesome is that?

No word on when the Sculpture Showerhead will hit the streets or what the pricing will be.  I can’t imagine Vado teasing us with this and not putting it in stores, though.  It looks pretty amazing.