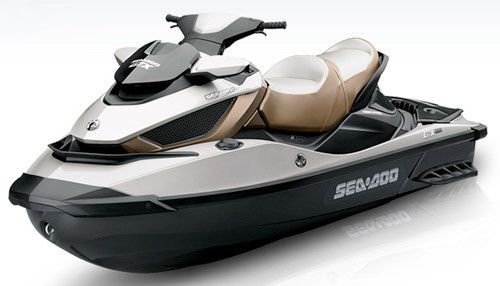 What’s the most advanced jetski in the world?  While I’m sure a few folks will offer up their own objections, it’s pretty clear that the 2009 Sea-Doo GTX Limited iS 255 is among the top of that list.  In fact, it’s so good that more than a few folks who’ve straddled it are calling it the best jetski ever.

Capable of seating up to three people, it’s purported to be the safest and most stable PWC ever made, being armed with a full suspension system both front and rear.  How safe you can feel aboard a jetski powered by a 255hp supercharged Rotax 4-TEC engine under the chassis, of course, should be a very relative criteria. 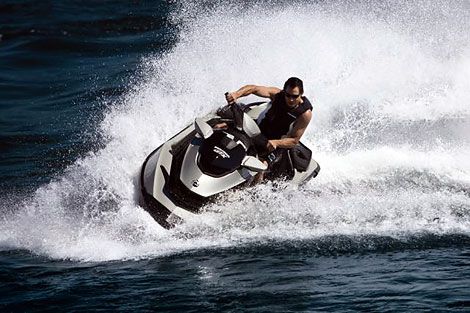 The luxury personal watercraft (PWC) is the first of its kind to feature reverse propulsion braking, real brakes that you can step on when you feel the need to drop your speed down drastically (instead of merely gliding to a halt when you release the throttle).  More than just another impressive capability, it’s probably necessary on the Sea-Doo GTX, given the 70mph top speed it can manage in ideal water conditions.  Along with the braking, the reverse throttle allows for easier docking and plenty of other riding conveniences.

Other details of the Sea-Doo GTX Limited iS 255 include zero to max acceleration of just a few seconds, automatic and manual suspension modes, touring seats and a retractable mooring line.  Based on the Gizmodo review (link below), it’s probably not the most stable jetski around (as See-Do claimed), as various capsizes have been reported (compared to those impossible-to-flip Yamaha three seaters).  Still, with the reverse throttle, it offers a new tech that’s likely to change jetskis for the coming years.